How Tiger lost his Kingdom 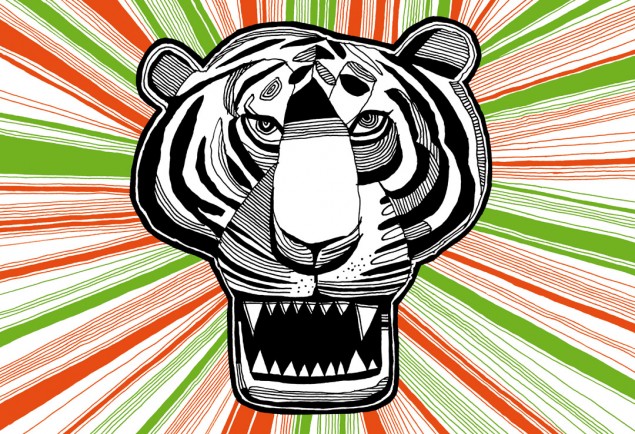 Christian Roux is a French artist whose avant-garde illustrations and comic strips
appeared on various magazines during the 1980s-90s under the pseudonym Cathy Millet.
In recent years he has published some beautiful children's books with Seuil Jeunesse,
including a striking version of Little Red Riding Hood. His style is still
in continuous evolution, and I very much enjoy the limited color palette
and spontaneous, intricate line work of his recent pen drawings. 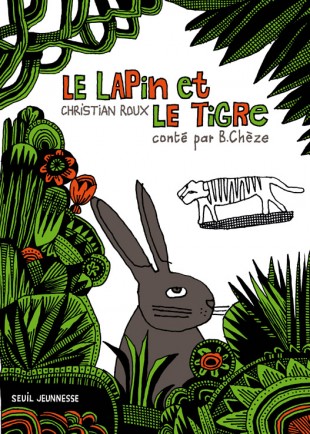 designed to be read aloud to small children. The six illustrated spreads are textless,
while the written story is presented on a separate page for the adult reader. 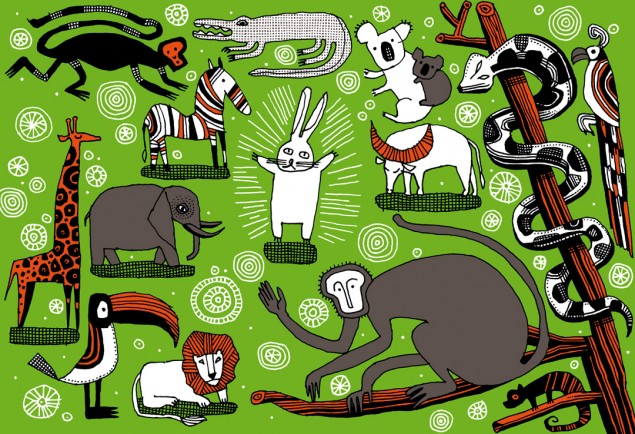 The tale teaches that sometimes it's better to be small and clever rather than big and powerful.
Shorka the tiger, cruel king of the forest, is tired of hunting, and requires that every day
at lunchtime an animal comes to him to be eaten. But luckily rabbit has an idea
to save himself and his friends... 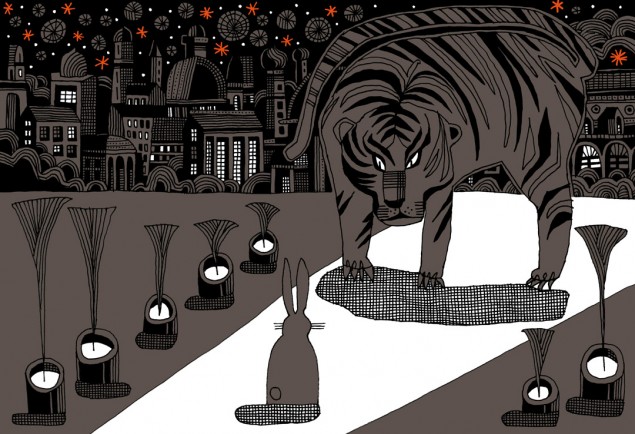 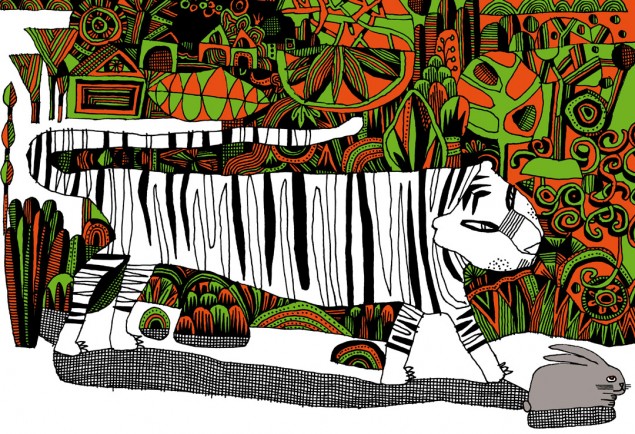 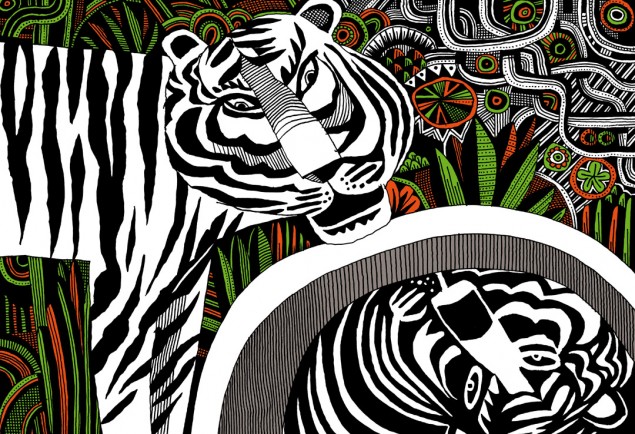 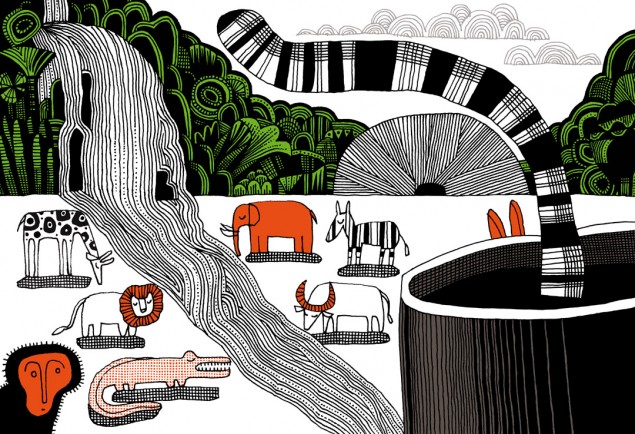 Christian Roux is now represented by the agency Illustrissimo, a powerhouse
of French illustration which collaborates with many of my favorite artists including
Chamo, Blexbolex, Gwénola Carrère, Delphine Durand and Delphine Lebourgeois.