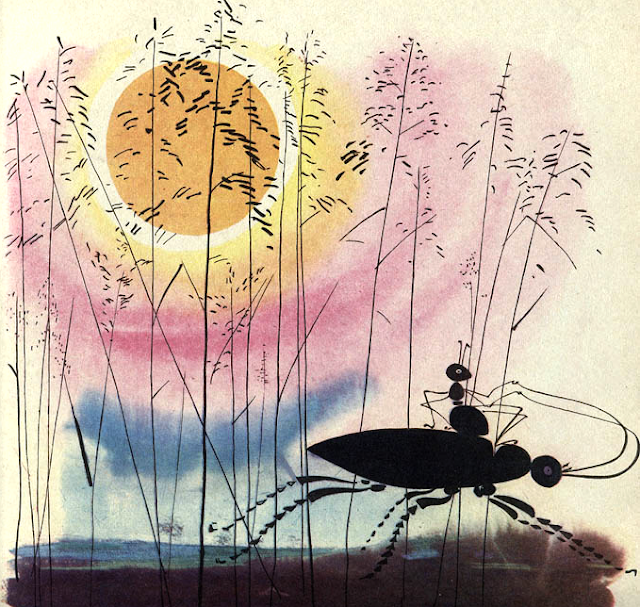 I discovered the illustrations of Lev Tokmakov a few years ago,
thanks (unsurprisingly) to 50 Watts, and was recently very pleased to stumble
upon a large treasury of his children's books on a Russian website. 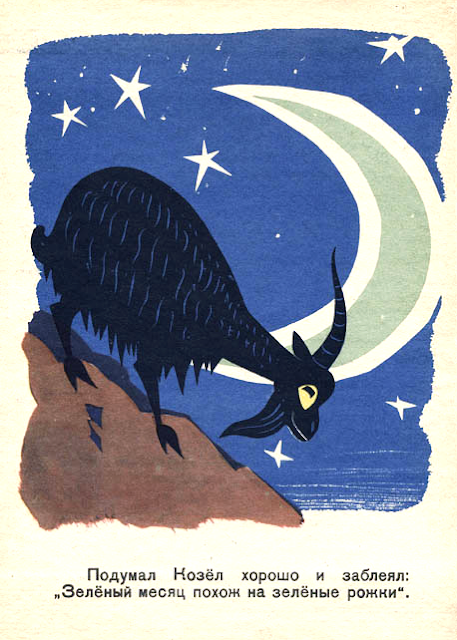 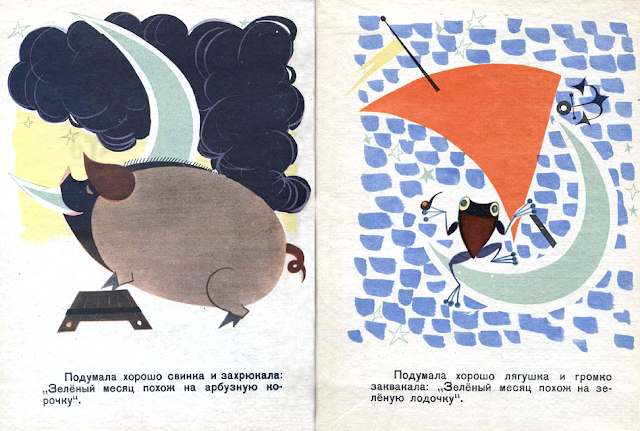 Tokmakov was a Russian artist born in 1928 who produced lithographs and paintings
and illustrated almost 300 children's books. His bright, cheerful, witty and graceful illustrations
graced the pages of books by most of the important authors of Russian children's literature,
as well as Gianni Rodari and Astrid Lindgren. He also worked on a large number of Russian folk tales,
and other tales from Italy and China. 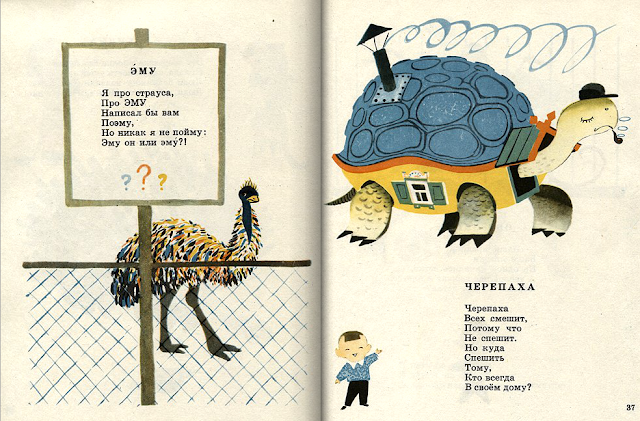 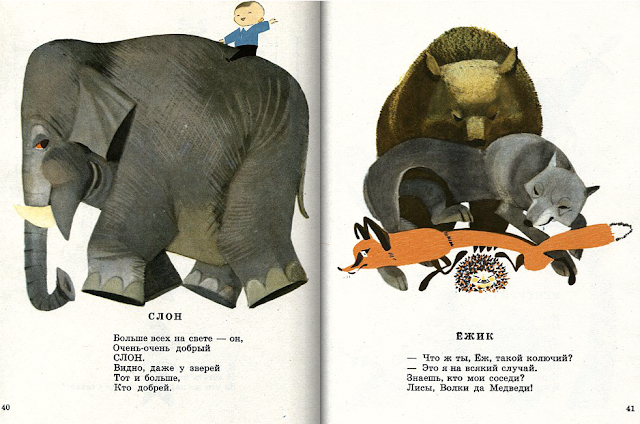 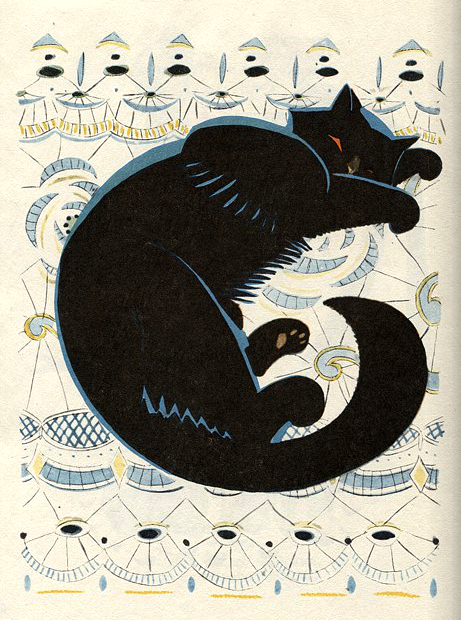 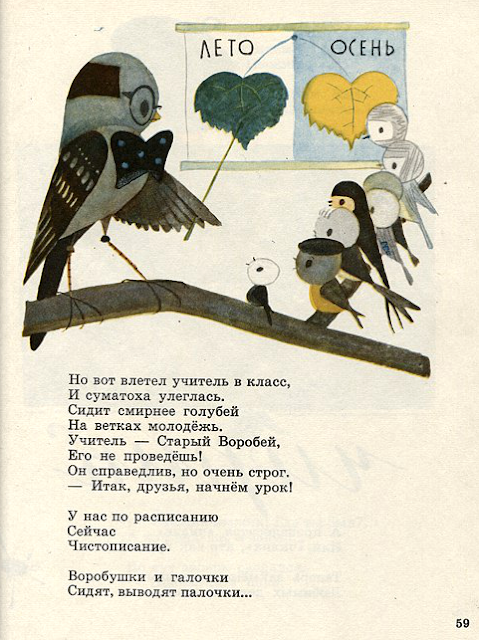 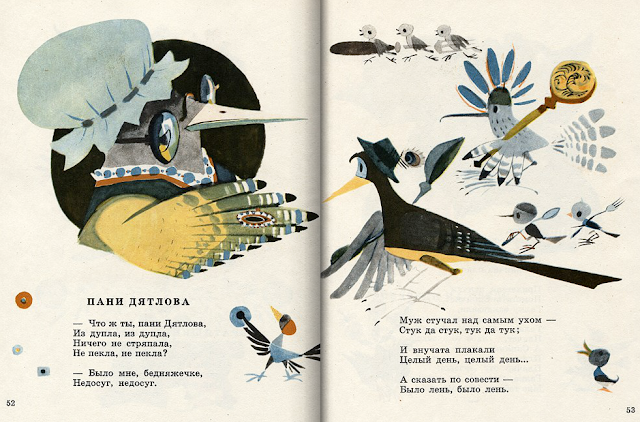 Tokmakov taught for many years illustration at the Russian State Children's Library.
He believed that it's harder to illustrate children's books than books for adults,
"because you have to use more life force energy". In 1958 he began to collaborate
with the famous children's magazine Murzilka, and became one of its best artists. 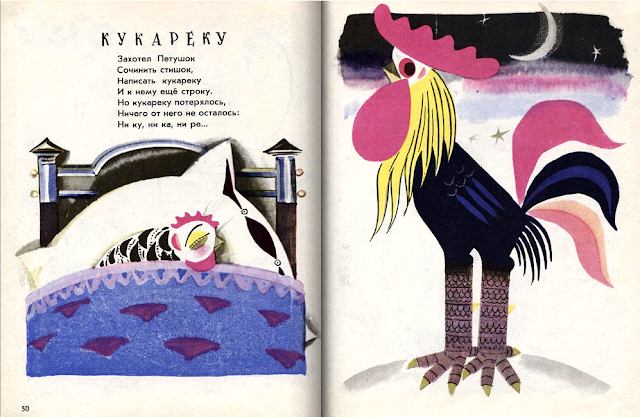 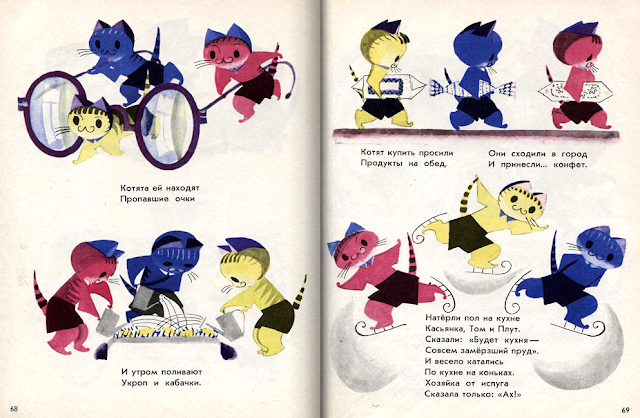 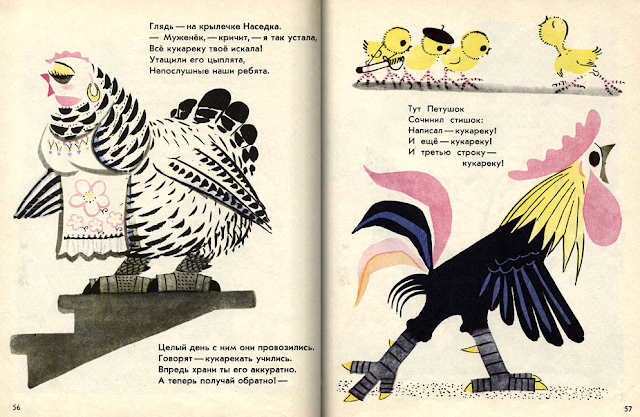 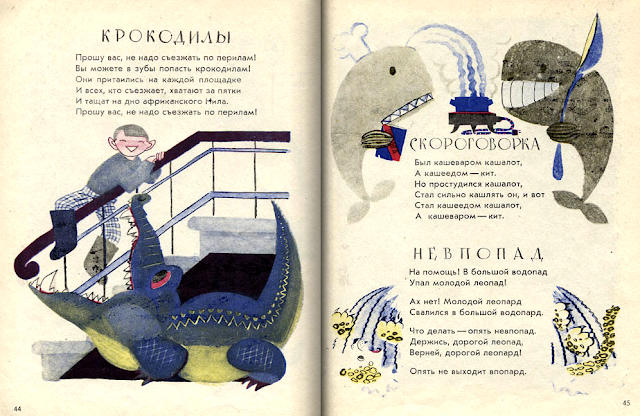 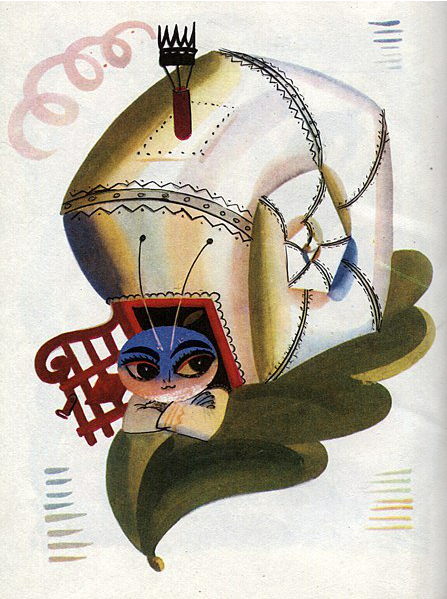 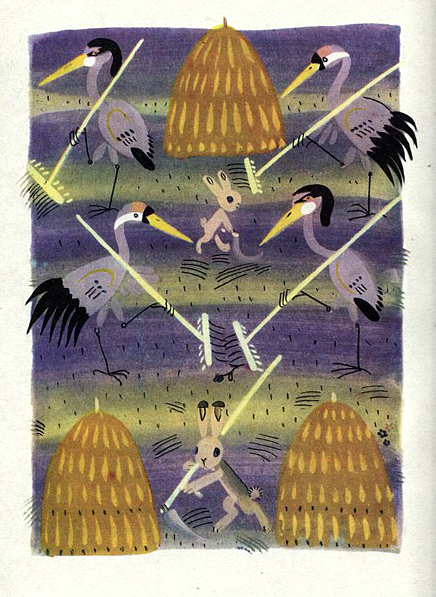 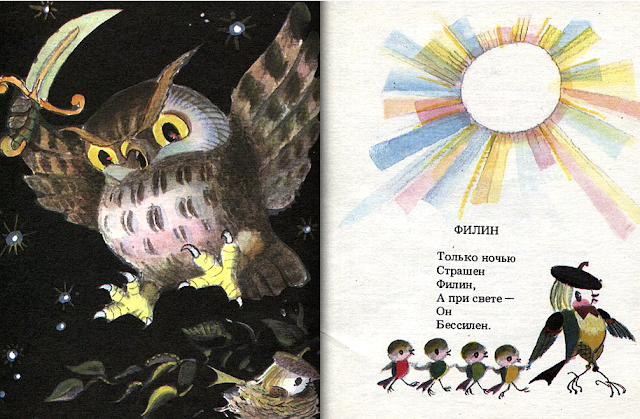 About furry and feathered, 1989


In his later books, sometimes Tokmakov revisited his subjects using a different technique,
as you can see from the turtle below. In 2010, the same year he died, he was awarded a special diploma
for outstanding achievement for his book Amusing walks across Moscow at the Moscow book festival.
His works are in the collections of numerous museums, including the State Tretyakov Gallery,
the Pushkin Museum of Fine Arts and the National Gallery of Bratislava. 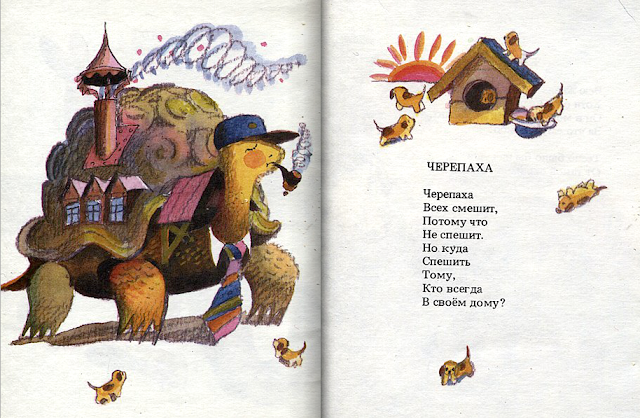 As always, I invite my dear Russian readers to correct
any terribly translated title you find in this post!