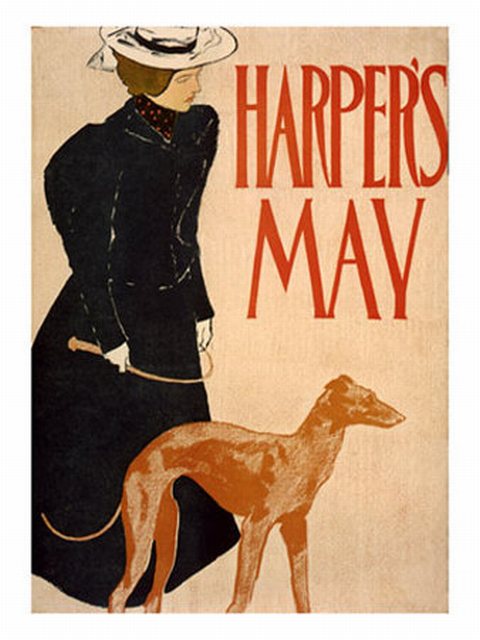 Edward Penfield, Harper's poster, 1897
Traditionally employed by the upper classes in coursing, hunting and racing,
the hound's beautiful breeds were also put to good use by many commercial
and decorative artists of the late 19th and early 20th centuries. 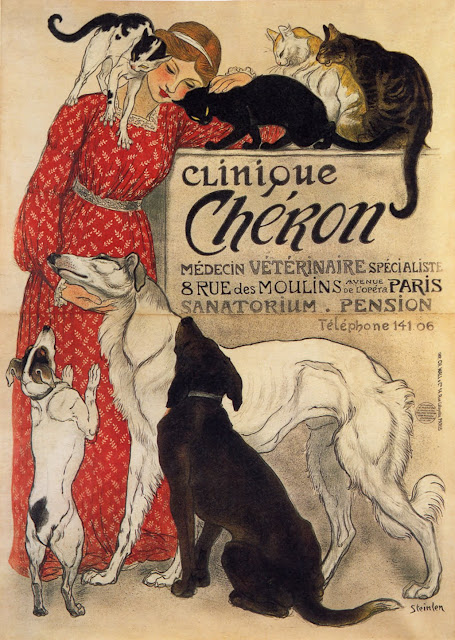 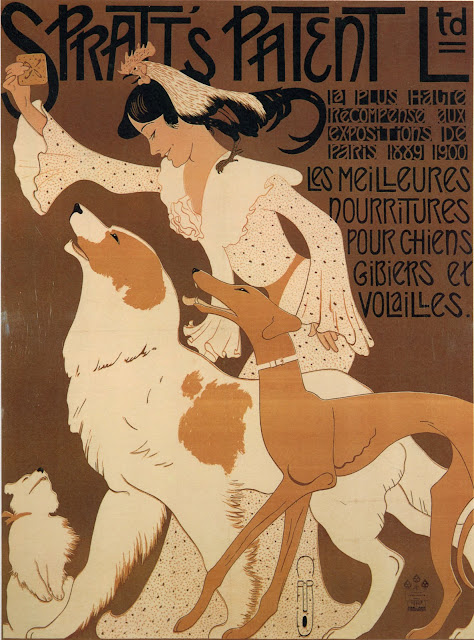 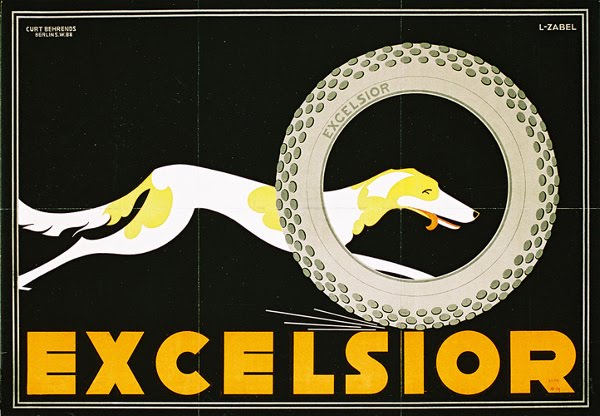 Julius Gipkens, Heinemann's Rohrmöbel, 1912
thanks to Ștefan Lucuţ's Baubauhaus flickr set
Both Art Nouveau's love of elegant and curvilinear silhouettes
and Art Deco's fascination with speed and all things streamlined
found an ideal subject in these dogs' graceful and sleek bodies. 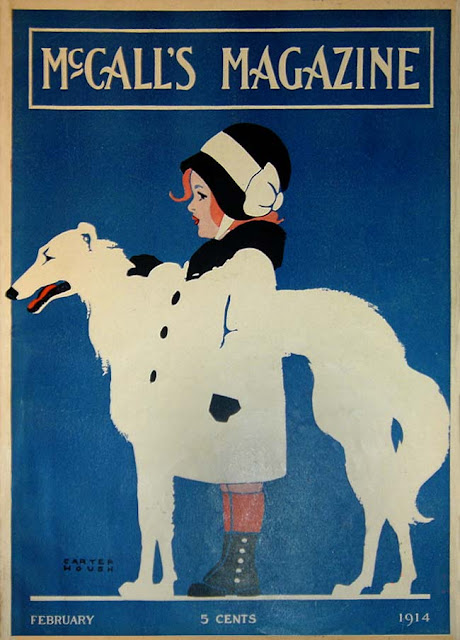 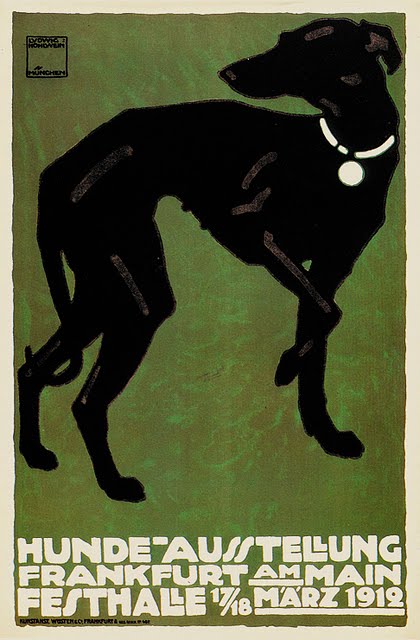 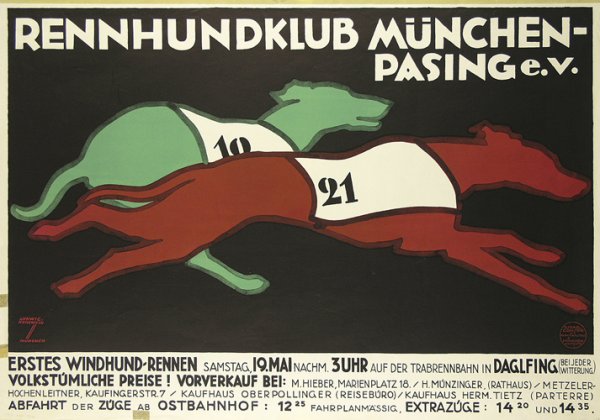 Two posters by Ludwig Hohlwein, 1912 and 1927
thanks to Susan Lenox and Ștefan Lucuţ on flickr 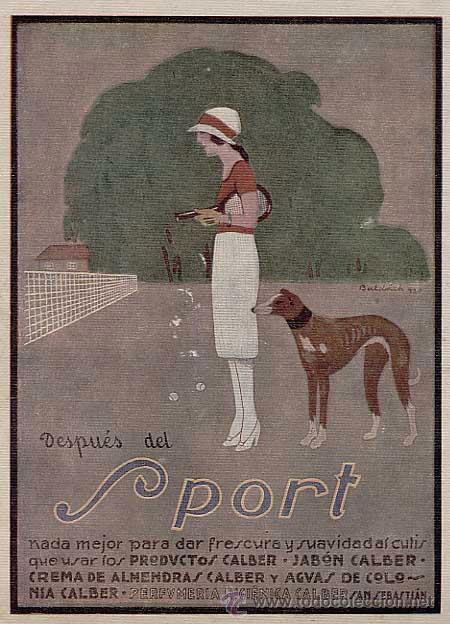 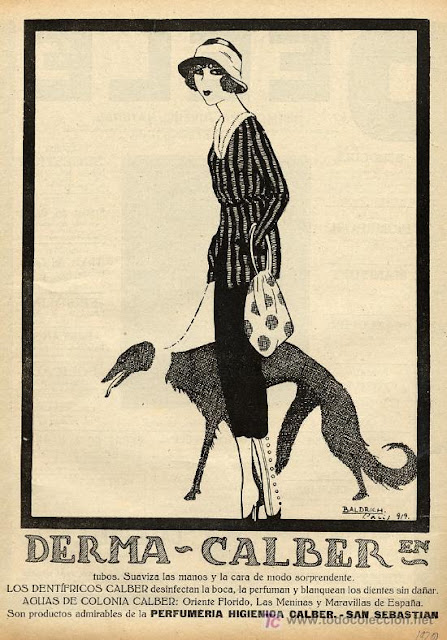 Baldrich, ads for Derma-Calber dentifrice and cosmetics, 1920
thanks to Art Deco blog 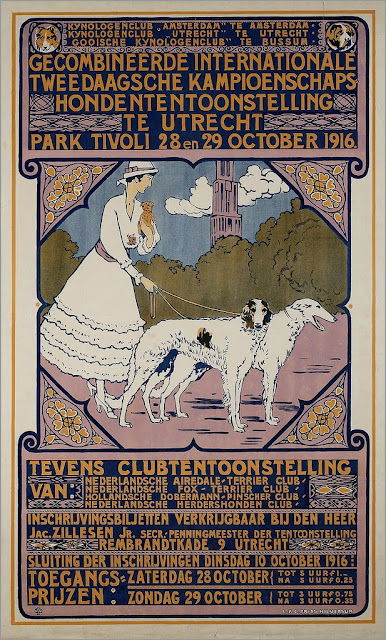 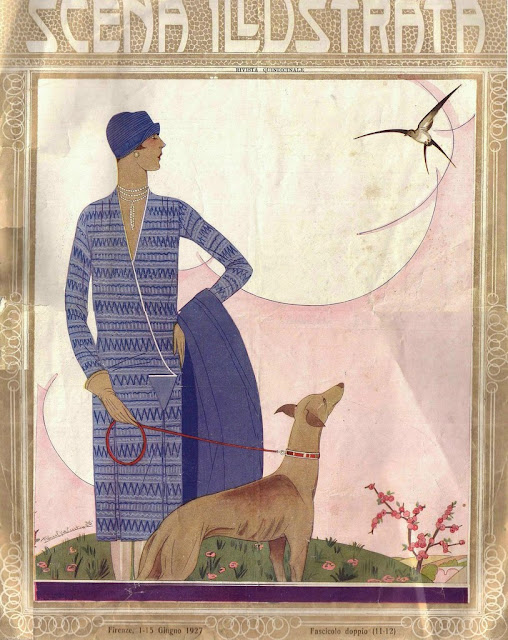 Dutch poster for the 1916 Utrecht Dog Show and
Scena Illustrata cover by Paul Valentin(?), 1927
thanks to Jan Willemsen's Old Posters flickr set
In the 1920s hounds had become a popular fashion accessory,
appearing in hundreds of photos and illustrations along with
the pure, elongated lines of the female style of the era.
But that will be dealt with more at lenght in a future post!