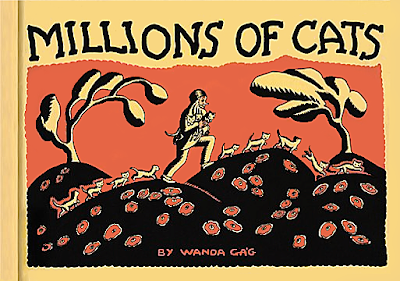 Millions of Cats is a beloved classic of American children's literature, but it is not as well known
here in Europe. I first discovered it through the British volume Children's book covers,
and decided to introduce it together with its author to Animalarium's international readership.
Hopefully some of you who are not yet familiar with them will fall in love as I have! 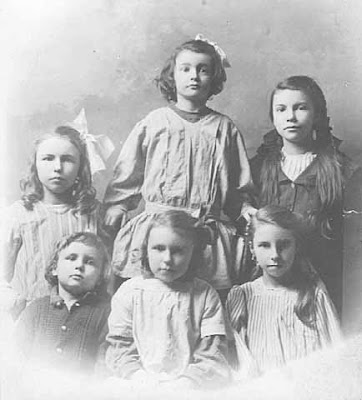 Wanda (top right) with five of her siblings in 1905,
thanks to the Minnesota Historical Society's Visual Resources Database
Wanda Gag, the eldest daughter of Bohemian immigrants, was born in New Ulm, Minnesota, in 1893
(the same year as another favorite pioneering woman artist and children's book author, Vera Ermolayeva).
The mother was a skilled storyteller who enjoyed telling folktales in her native German to her children.
When Wanda was fourteen her father Anton, a well-known painter, decorator and photographer,
died of tubercolosis. On his deathbed, he told her "What Papa has left undone, Wanda will have to finish,"
a plea that she honored with extraordinary determination. Wanda vowed to become an artist,
and even after her mother's health failed, she managed to continue her studies and raise six siblings,
while working odd jobs and selling illustrations and greeting cards to support the family.
She attended art schools in Saint Paul, Minneapolis and New York on scholarships. 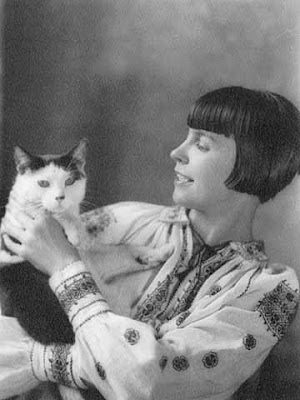 Wanda, who referred to herself as a gypsy, was lively, curious and way ahead of her time.
In New York she found work as a commercial artist, wrote political articles, started making prints
and became an influential member of the Greenwchich Village art community. She made friends
with Georgia O'Keefe, was inspired by Whitman and Thoreau, and was an early proponent of
feminism, socialism, sexual freedom and the return to nature. In the late 1910s she began
creating books for children, but couldn't find a publisher. In 1923 Wanda had the first of many
successful print exhibitions, and in 1928 a chance meeting with an editor of children's books
led to the publication of her first and most famous book, Millions of Cats. 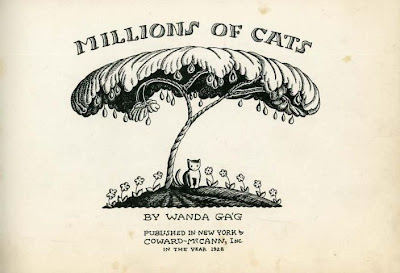 Endpapers and frontispiece
Millions of Cats was the first children's book to introduce illustrations stretched across a double spread.
The book, inspired by an European folk tale, was also written by Wanda, who hand-lettered the text to better
integrate it with the pictures. The simple story tells of a lonely elderly couple who decide to get a cat.
The old man travels in search of one, until he finds a hill "quite covered with cats".

Unable to choose between "hundreds, thousands, millions and billions and trillions" of cats, he brings them
all back home. When the wife points out their inability to support the legion of felines, it is left to the cats
to decide who among them is the prettiest, which leads to an enormous catfight. In the end only a raggedy
skinny cat is left standing. The couple take it, feed it and care for it, and in time it becomes the beautiful
cat of their dreams. The book became an instant classic and won Newbery Honor award in 1929.
It has sold over a million copies, never going out of print and being through 36 different impressions,
the last (to my knowledge) by Puffin Books in 2006. 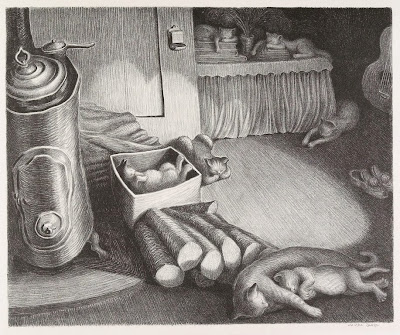 Snoopy in Lewis Gannett's Garden, 1932-33 and Siesta, 1937
In 1931 Wanda bought a rural farmstead in New Jersey, where she crafted an earthy lifestyle while
continuing to create pen and ink drawings and prints until her death in 1946. The majority of her prints
were litographs, but she also produced etchings, wood engravings and linocuts. 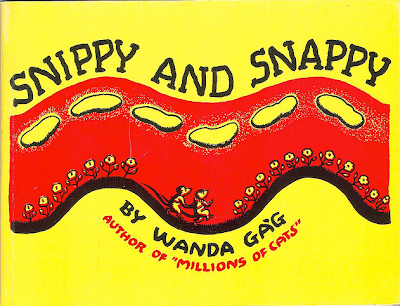 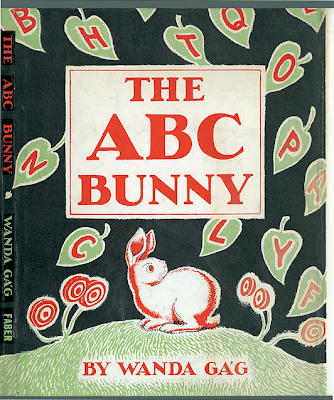