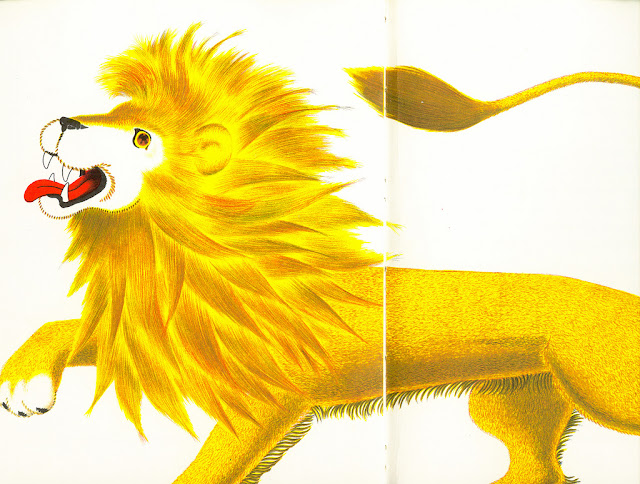 From Lion, thanks to Eliz.avery
William Pène du Bois was an American author/illustrator who led a happy, productive life
writing and illustrating wonderfully whimsical children's books. He was born in 1916
into an artistic family: his father was a painter and art critic, his mother a designer
of children's clothes, while his sister also became a painter. 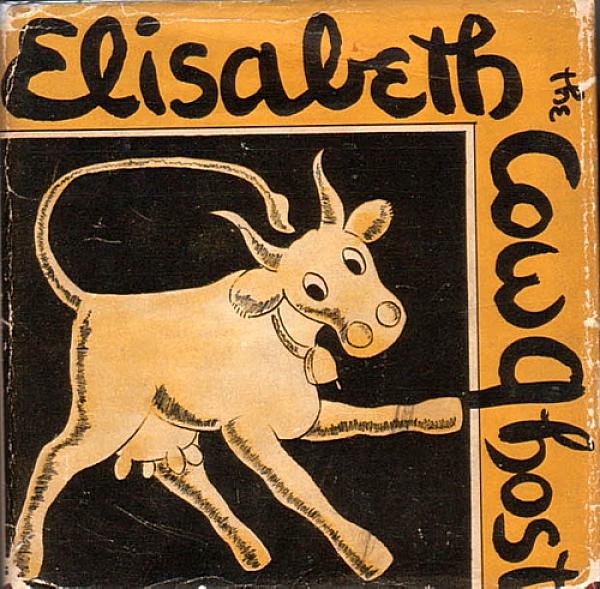 Elizabeth, the Cow Ghost, 1936
In 1924 the family moved to France, where du Bois attended a boarding school.
During this period he developed his lifelong passions for France, Jules Verne,
and the circus. The family returned to the US when du Bois was fourteen,
and he received a scholarship to the Carnegie Technical School of Architecture.
His plans changed when, to his surprise, he sold Elizabeth the Cow Ghost,
a children's book he had written and illustrated as a diversive during vacation. 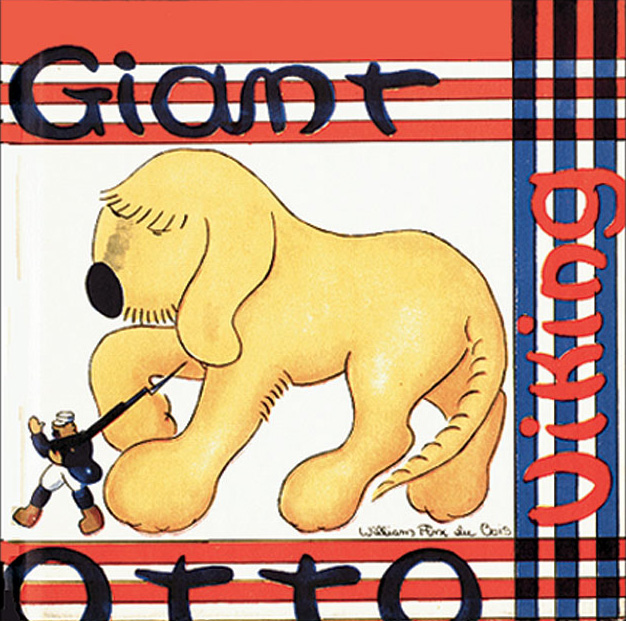 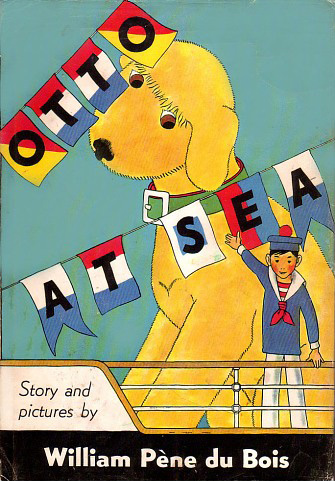 Otto at Sea in a revised and re-illustrated edition, 1958
Following his first success, in the same year du Bois produced Giant Otto and
Otto at Sea. These two books about the adventures of a giant otterdog
were the first in a popular series of Otto books that continued through the 1970's. 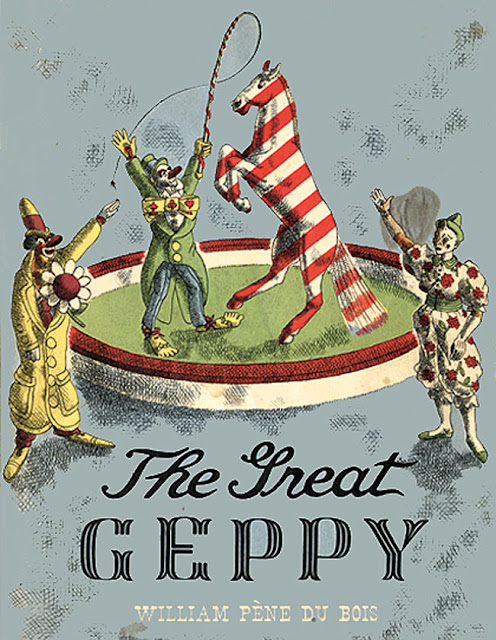 The Great Geppy, 1940
Du Bois joined the Army in 1941 and worked as a correspondent for Yank magazine.
After his discharge in 1945, he continued as a correspondent for Yank and in 1953
was a founding member and the first art director of The Paris Review.
In 1947 du Bois published The Twenty-One Balloons, which received
the Newberry Medal in 1948 and became his most famous book. 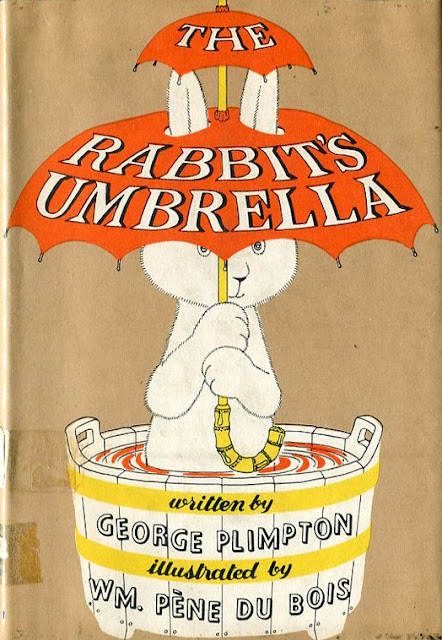 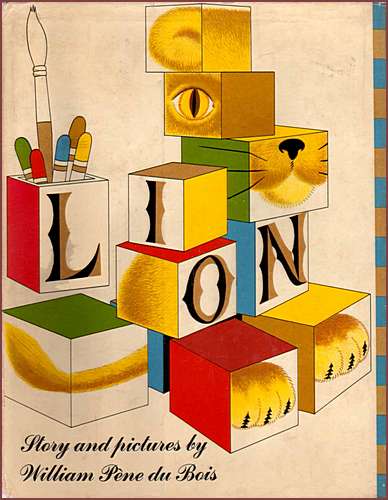 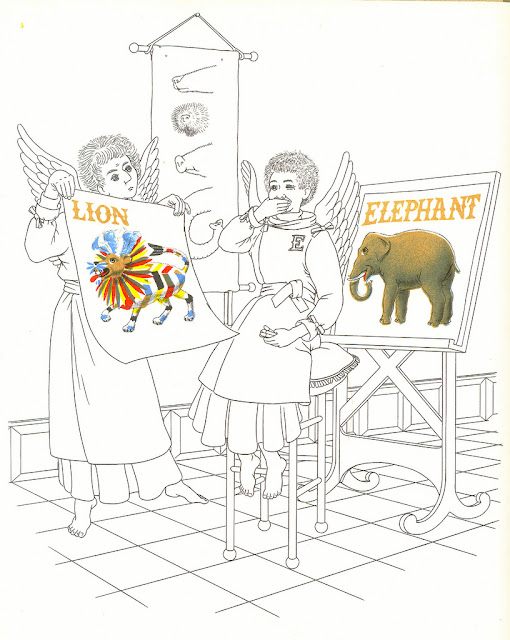 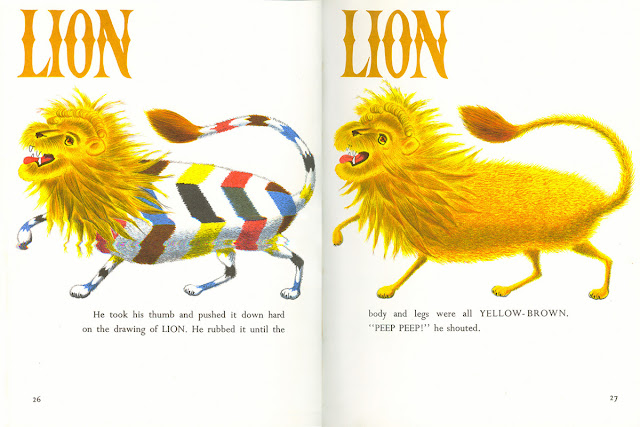 Other awards followed, including Caldecott Honor awards for Bear Party in 1951
and Lion in 1957. The latter is an original story about how the Artist Foreman
designed LION in the animal factory at the beginning of the universe.
As you can see, before getting it right he had to make a few adjustments. 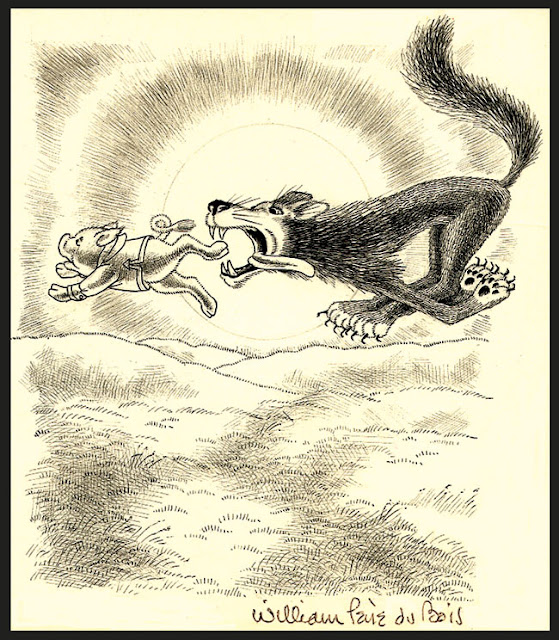 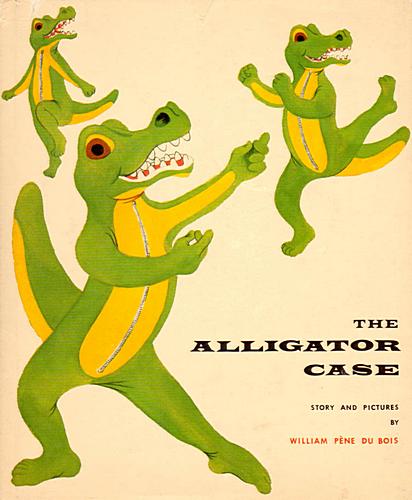 The Alligator Case (1965) and The Horse in the Camel Suit (1967)
parody the detective novels of Raymond Chandler.

Cover and spread from Fierce John, 1969, found here
Du Bois was a disciplined craftsman who produced at least one illustration a day.
During his career, he illustrated twenty-five of his own books and
forty-one by other authors including Roald Dahl, Edward Lear and John Steinbeck.
Only four of these titles are in print today, including The Twenty-One Balloons
and three books written by others: Twenty and Ten, A Certain Small Shepherd,
and William's Doll. Du Bois died in Nice, France in 1993.