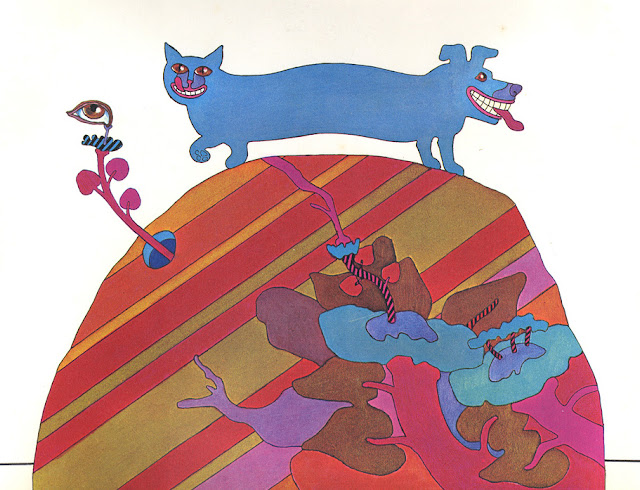 As promised, I'm back with more work by the great Nicole Claveloux. 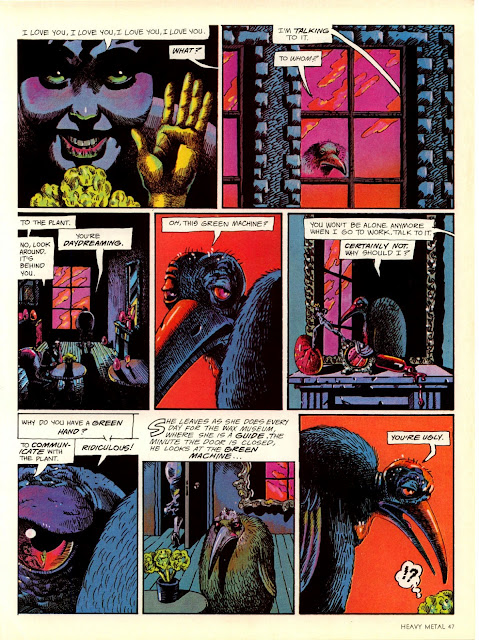 I first met Claveloux while visiting Paris as a teenager in one of the numerous used
comic books I had bought at a bouquiniste close to the Boulevard Saint Germain.
The story was called The Green Hand, and I was deeply struck by its surreal,
humorously dark atmosphere and vivid color palette. At the time I didn't know
that Claveloux was also the illustrator of many innovative, oniric and
psychedelic children's books, as I only discovered many years later. 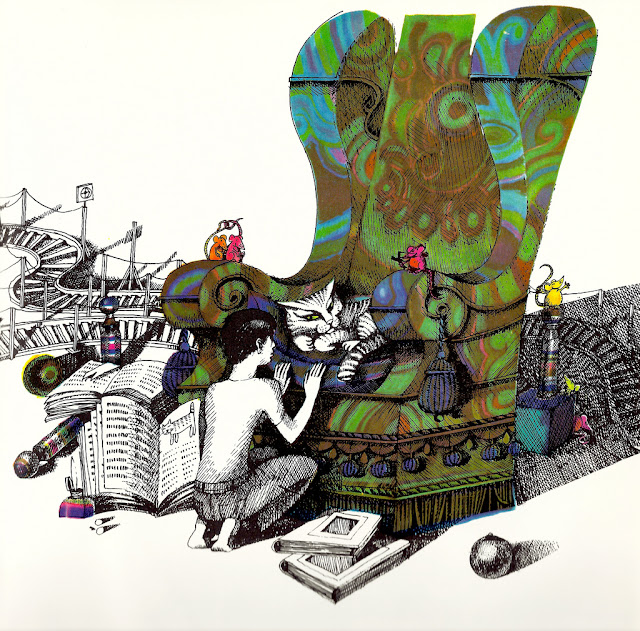 After studying at the Beaux-Arts of Saint-Etienne, Claveloux moved to Paris in 1966 and found work
as a magazine illustrator. The young educator, writer and publisher François Ruy-Vidal discovered her images
in Marie-France and introduced her to his associate, the avant-garde American publisher Harlin Quist.
They asked Claveloux to illustrate a text by Ruy-Vidal, The Secret Journey of Hugo the Brat.
The book was published by Quist in France, Germany and the US. 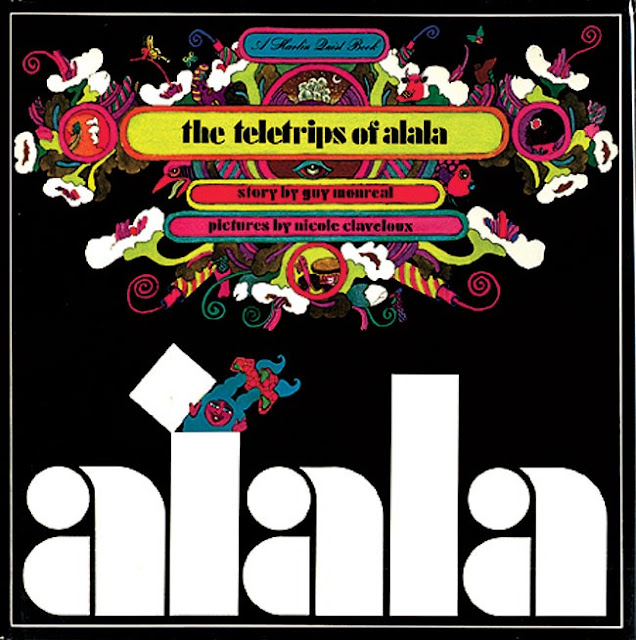 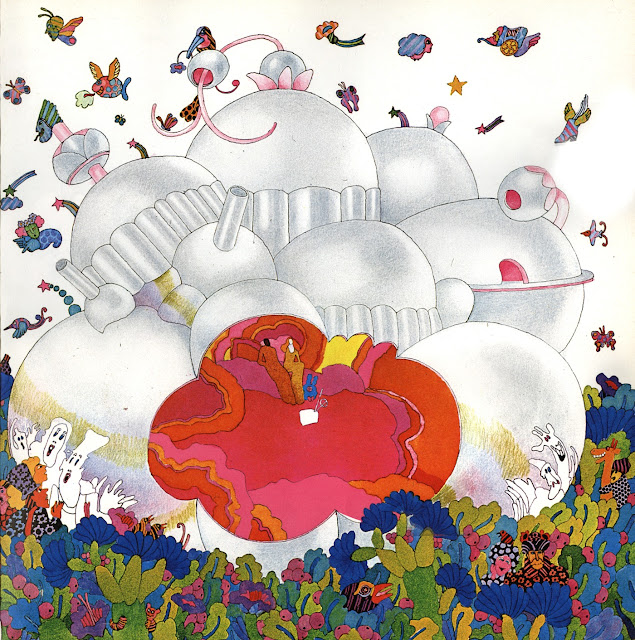 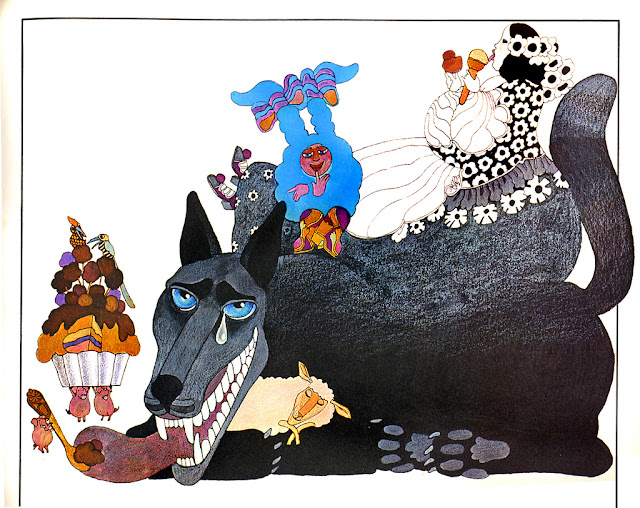 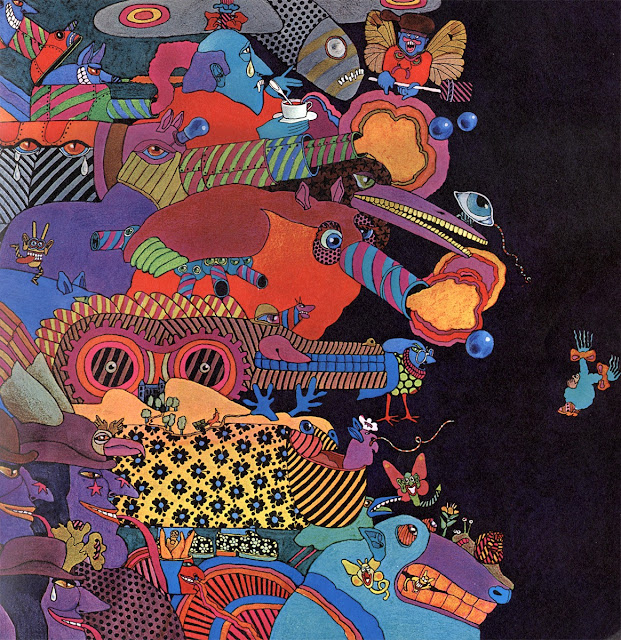 Alala, the main character of this fantastic tale which takes place in a futuristic setting, is a rebellious
little girl who has the power to enter the television set and change the course of the programs.
The fact that Alala's father is a black prince and her mother is white shocked the American public,
and Quist claimed that the book cost him 88% of his audience. 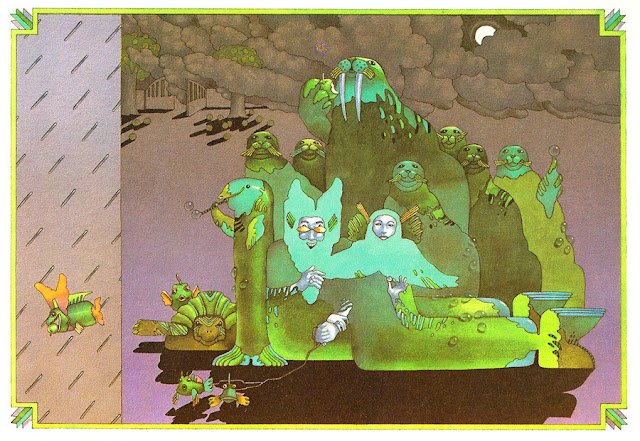 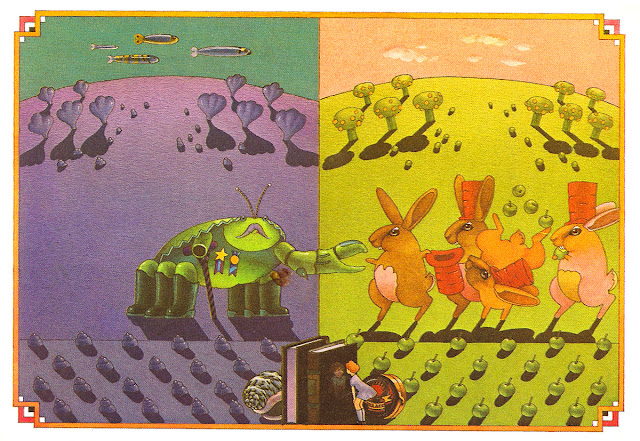 Gertrude is a wooden doll who endures in silence the abuses of a little girl so that she can sleep
every night in her cozy bed. One day a mermaid enters their lives, and after many adventures
and troubles Gertrude eventually leaves and discovers her freedom. This book was followed by
L'Enfant de Gertrude, in which the abusive relationship between the child and the doll is reversed.
These two rather dark and haunting stories focus on the desires, frustrations and cruelties of chilhood,
while the ending gives hope of a real encounter between the two protagonists. 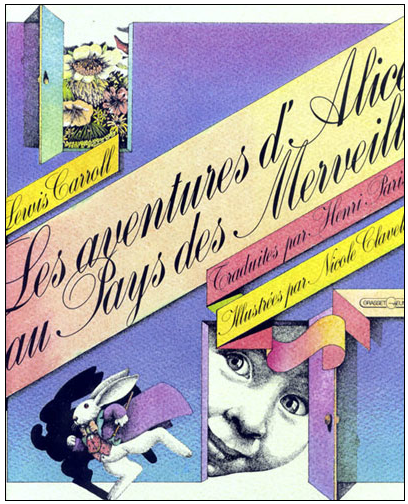 This edition of Lewis Carroll's classic is another masterpiece of psychedelic imagery. 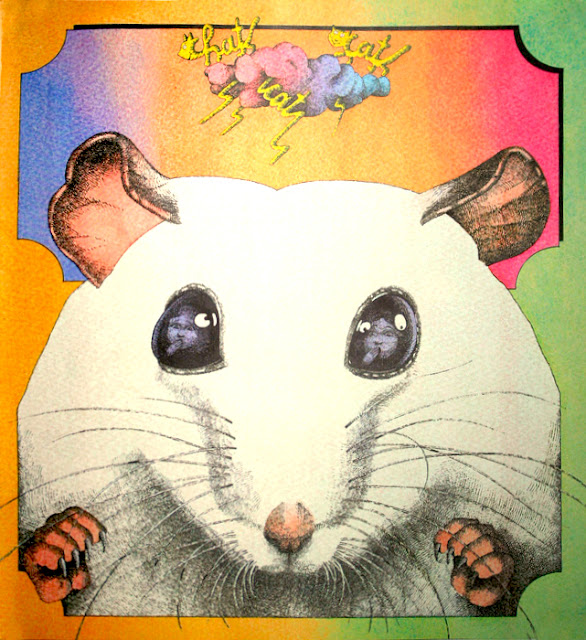 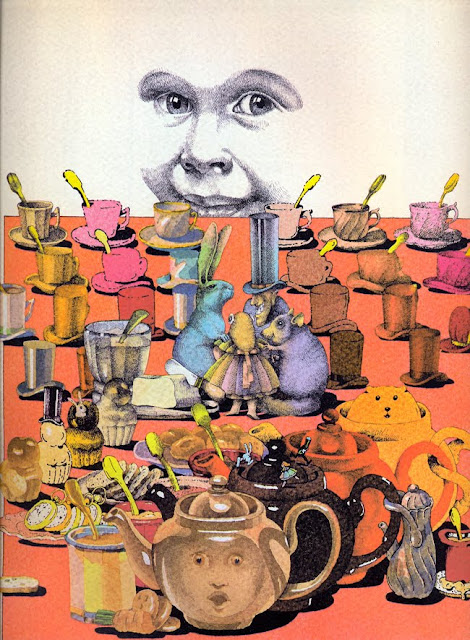 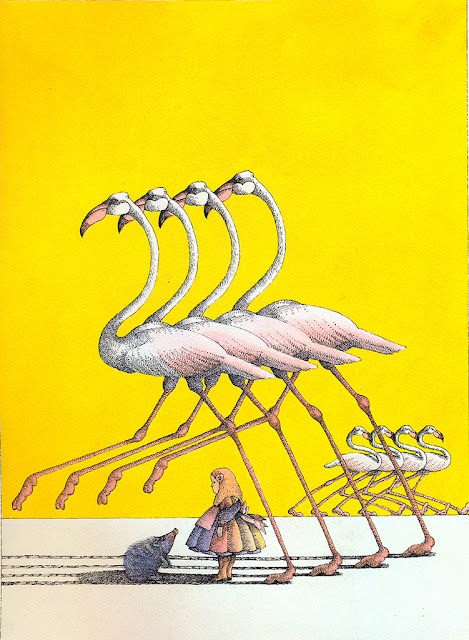 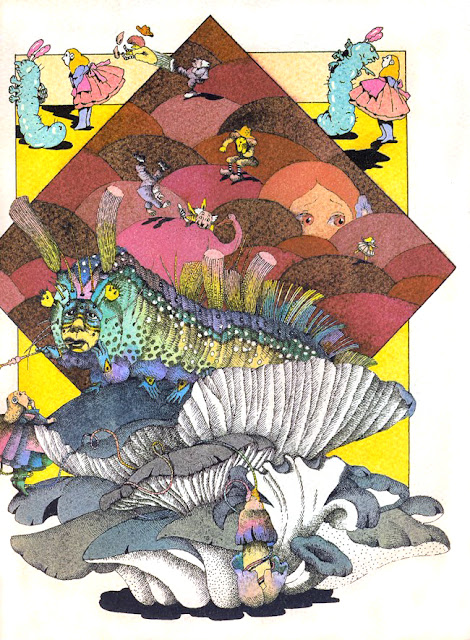 thanks to Alicenations for its post on this book 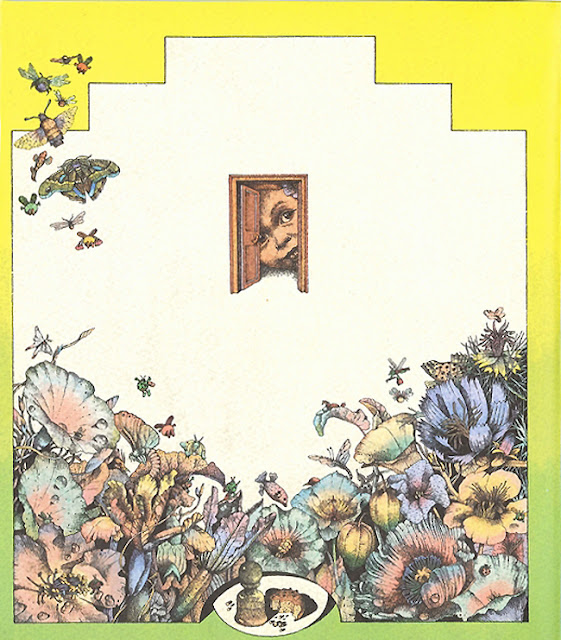