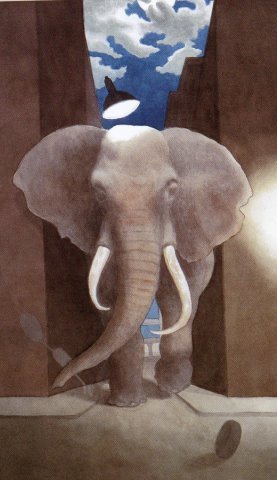 The political cartoonist Roberto Perini has been one of the protagonists of Italian satire.
He was one of the founders of the satirical magazine Il Male, and has collaborated with  many
other important periodicals, newspapers and book publishers. Perini is also a skilled watercolorist,
and has created a number of illustrated books with the publisher Nuages.
His artworks are filled with surrealistic imagery and with his love for the people,
buildings and landscapes of Cuba, where he has lived for the past 20 years. 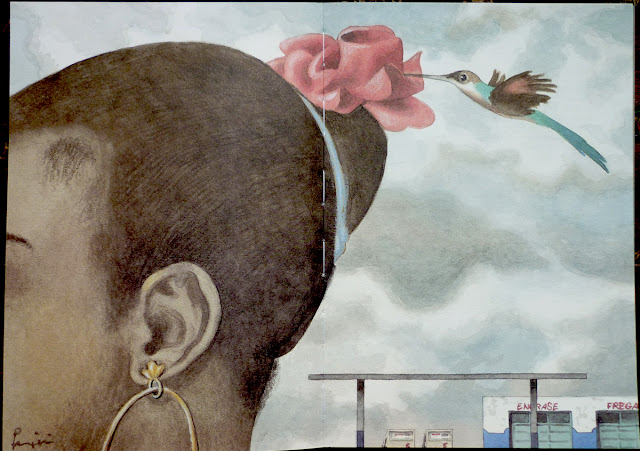 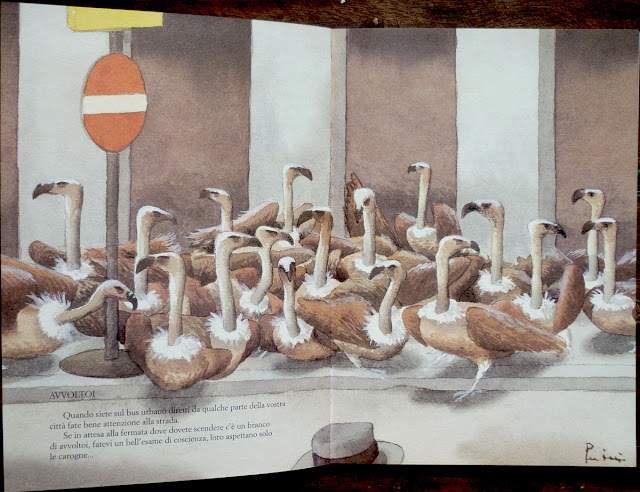 These are some of the spreads featured in the volume Animali,
written and illustrated by Perini and published by Nuages in 2001. 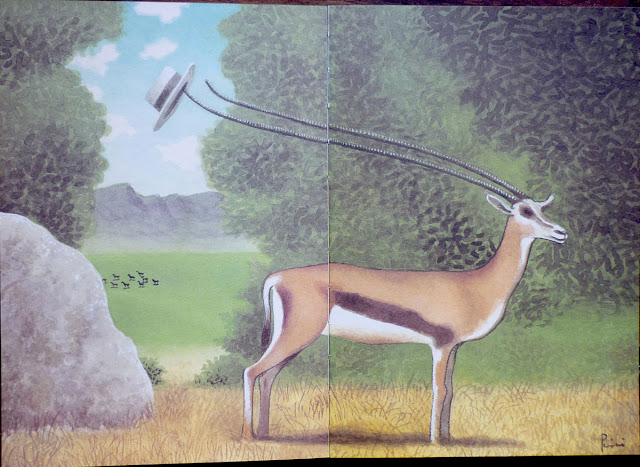 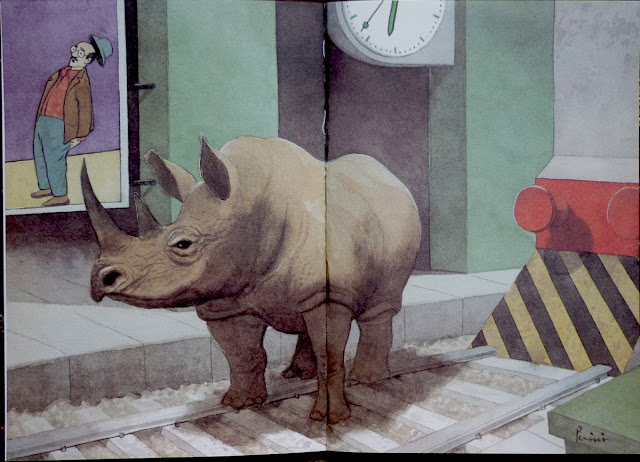 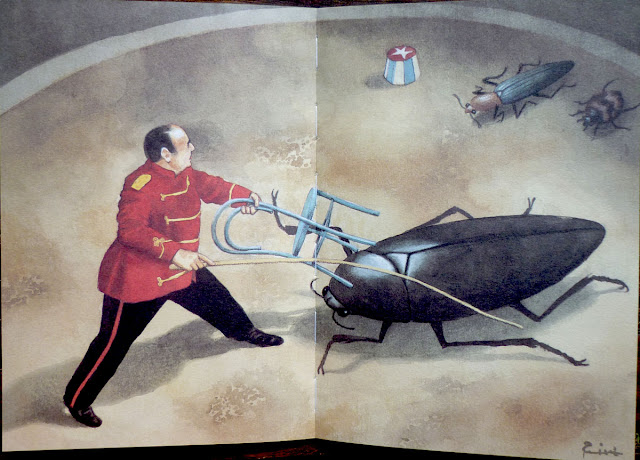 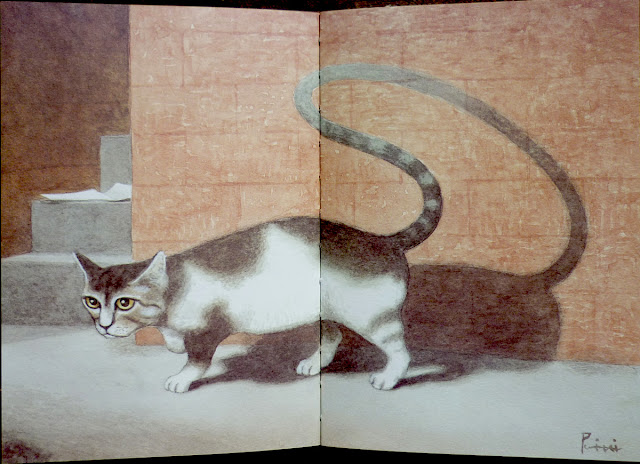 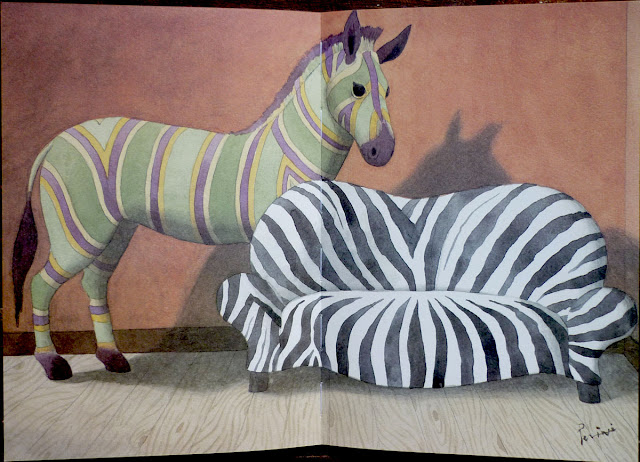 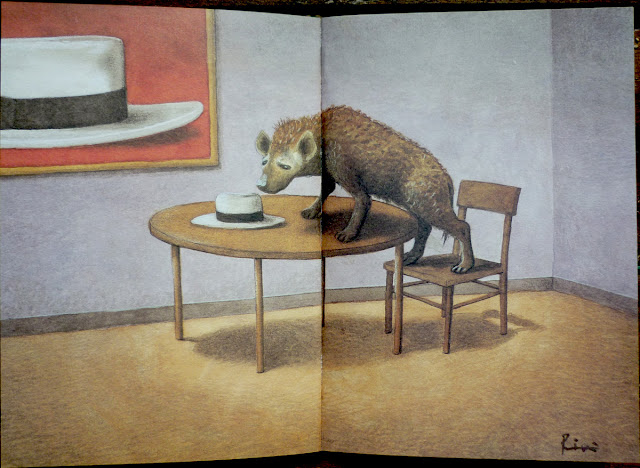