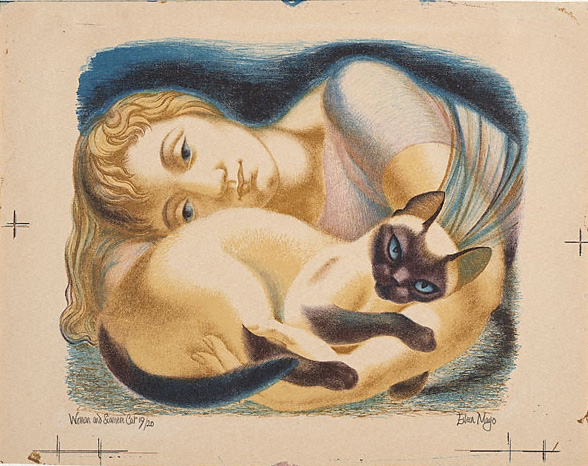 Eileen Mayo was a versatile English painter, printmaker, illustrator, writer, designer and calligrapher.
I recently discovered her, and was fascinated by her talent, versatility and interestingly adventurous life.
Mayo worked with many different media, and her artworks and books were often centered on animals.
She was born in Norwich in 1906, and educated in Yorkshire and Bristol. After her father's death
in 1921, her mother and two sisters emigrated to New Zealand, while she moved to London
to study art at various schools, and was taught the art of linocutting by Claude Flight. 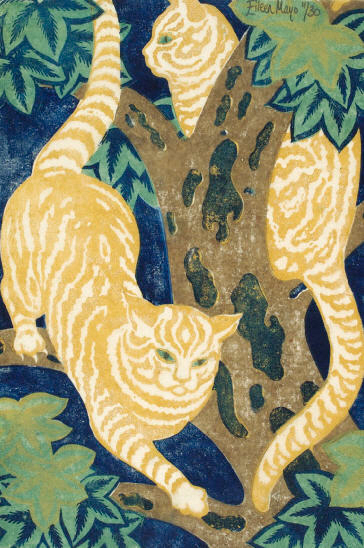 Mayo was penniless but very beautiful, and after struggling with extreme poverty
she became a celebrated model for some of the most important artists of the day,
including Laura and Harold Knight, Dod Procter, Bernard Meninsky, Vanessa Bell
and Duncan Grant. Here's a link to an interesting 1928 magazine article titled
"Saved form Suicide; Snatched from an Existence Worse Than Death -
Starving, Friendless, Discouraged, Eileen Mayo Tells How She Battled With Despair
and Suddenly Found Herself Surrounded With Prosperity and Fame, Her Portrait
the Center of Attraction in the Royal Academy Exhibition in London." 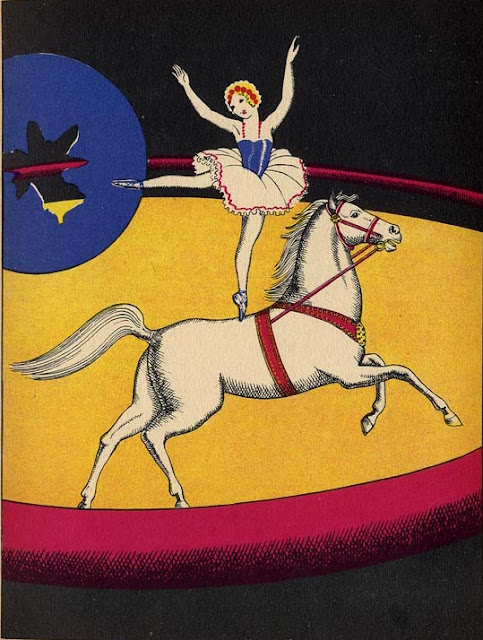 From 1928 to 1938 Mayo took part in the British Linocuts exhibitions. As her reputation
as a printmaker and illustrator increased, she found work as a freelance designer, and later
held teaching positions at St. Martin's School of Art and Sir John Cass College in London.
In this period she also started illustrating and writing children's books. 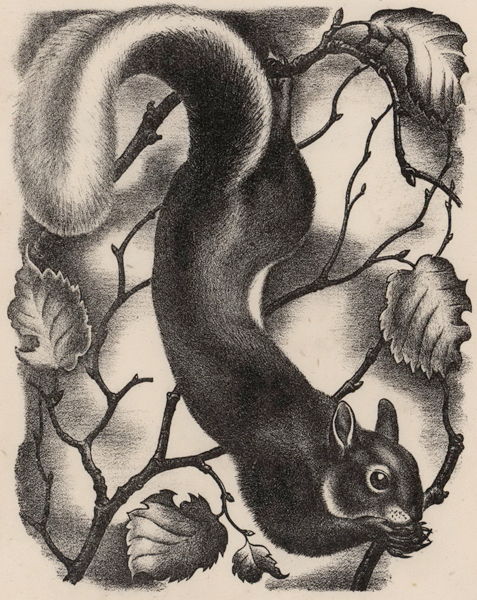 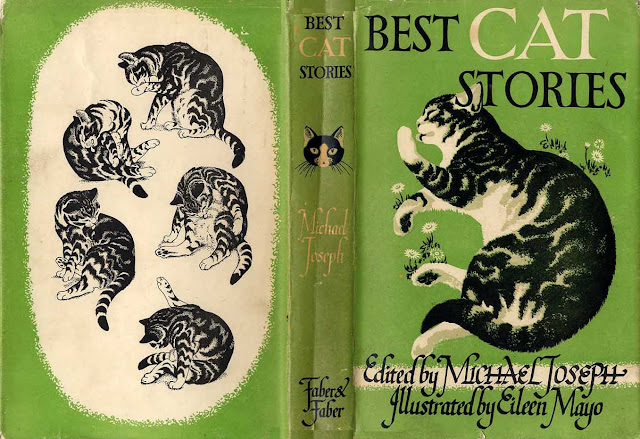 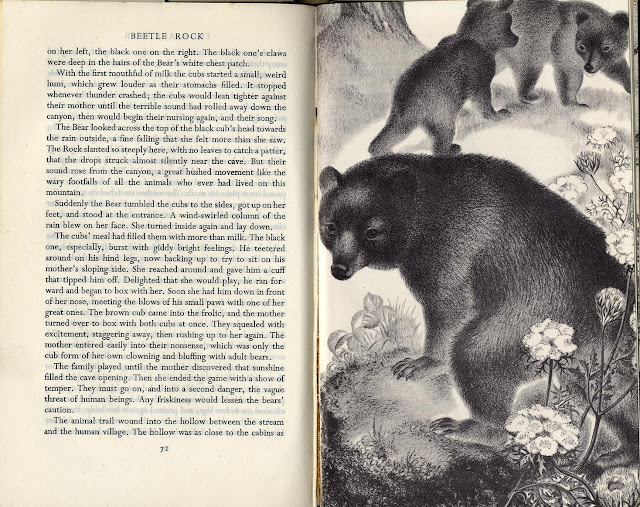 In 1936 Mayo married Dr Richard Gainsborough, and during World War II she helped him run his practice in Sussex
while creating nearly 1,000 illustrations for her book The Story of Living Things and Their Evolution.
After retiring from medicine her husband founded the magazine Art News and Review,
and she designed its first issue in 1949. 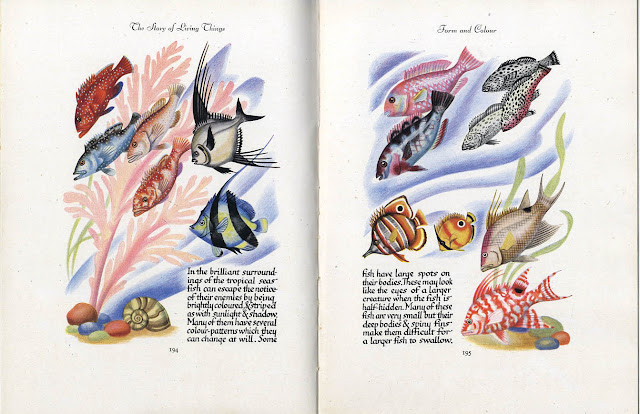 Spread from The Story of Living Things and Their Evolution, c.1949 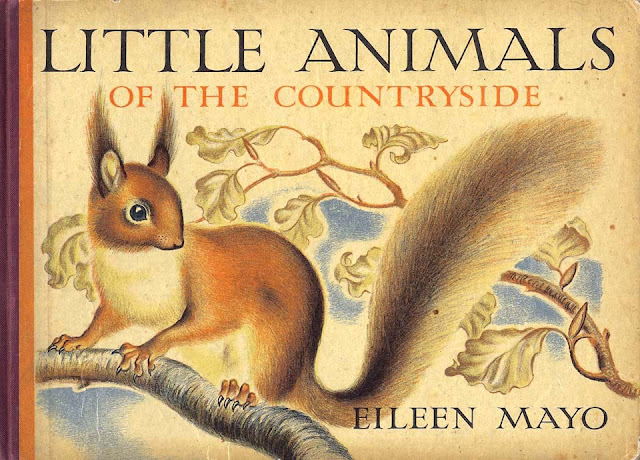 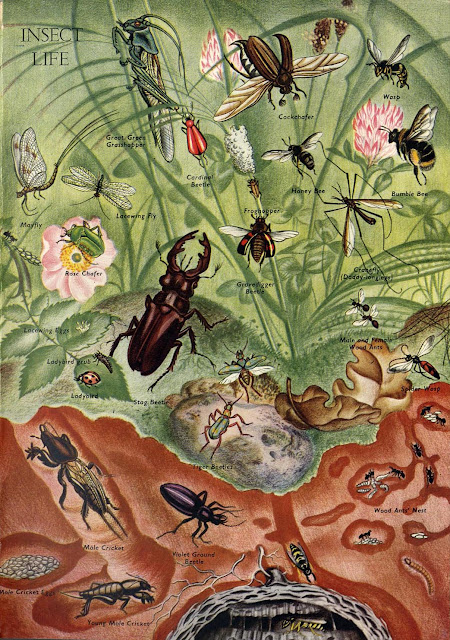 Mayo's books on animals and nature also include Larger Animals of the Countryside,
Shells and How They Live, and Nature's ABC. 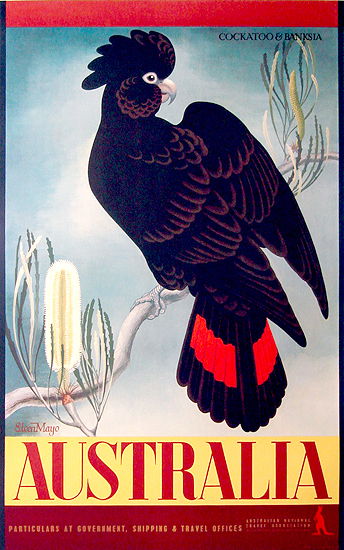 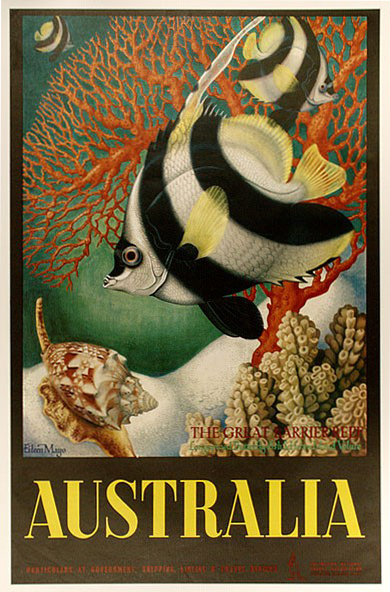 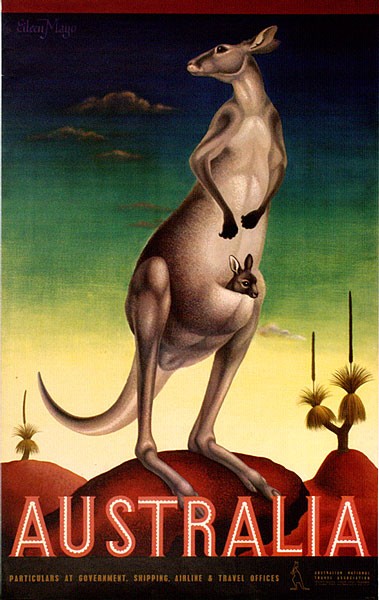 After separating from her husband, in 1952 Mayo emigrated to Australia.
Besides teaching at the National Art School in Sydney, she designed murals and
tapestries, illustrated books, and wrote for Australian and English periodicals.
She also created many beautiful stamp and poster designs depicting
the unique flora and fauna of Australia. 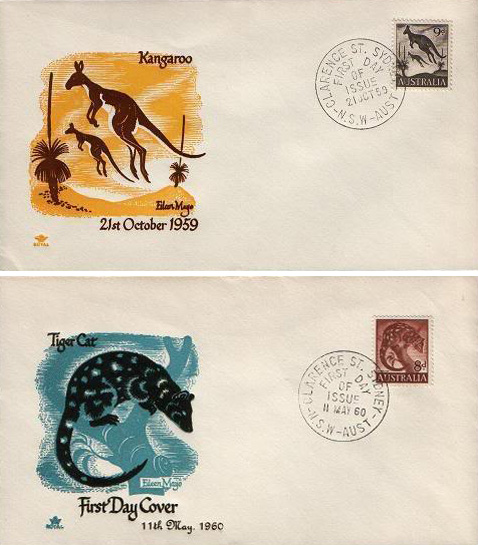 The Australian Commonwealth series of six postage stamps issued between 1959 and 1962
and featuring platypus, kangaroo, banded anteater, tiger cat, rabbit bandicoot and
Tasmanian tiger, was awarded the Vizard-Wholohan Prize for prints in 1962.
It was one of the earliest representations of Australian flora and fauna
on stamps, and the first series to be designed by a woman. 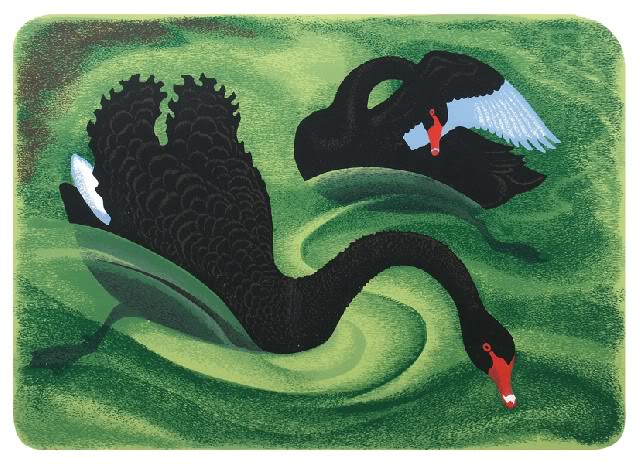 In 1962 Mayo moved to New Zealand to be close to her family, and in 1965 she settled in Christchurch,
where she continued to live until her death in 1994. She taught at the University of Canterbury until 1972,
and worked for more than three years on an underwater diorama with Otago Museum.
After being a founding member of Sydney Printmakers, she was on the Print Council of New Zealand,
but it was only when she retired that she was able to buy a printing press and make prints full-time.
After she started suffering from severe arthritis, Mayo turned to the easier medium of silkscreen prints,
but in 1985 she was forced to stop. Days before her death, she was created a Dame of the British Empire. 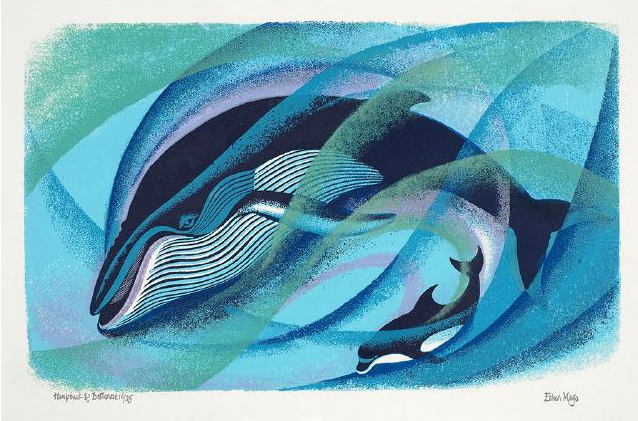 Many thanks to The Visual Telling of Stories for uploading its precious scans!