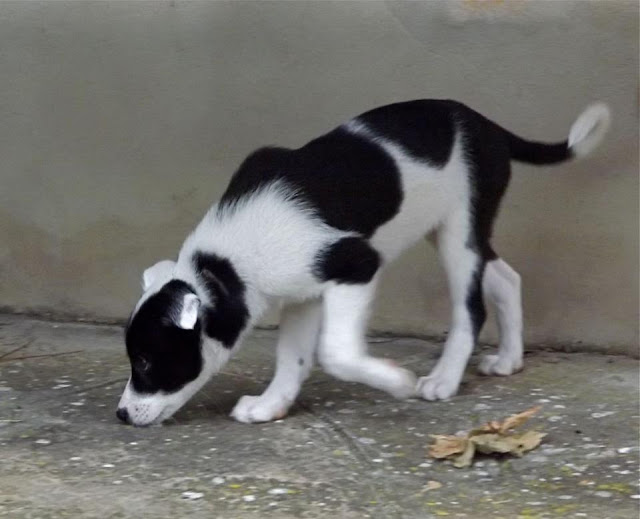 First things first: this is a photo of our new puppy, just in from the pound...
She is part of a litter of five that was found in a field not far from Florence,
most likely abandoned by her mother's owners after they were weaned.
She doesn't yet have an official name, but has already made herself at home
and helped to dispel the sadness that filled our family after Emma's death.
Welcome home, little girl! 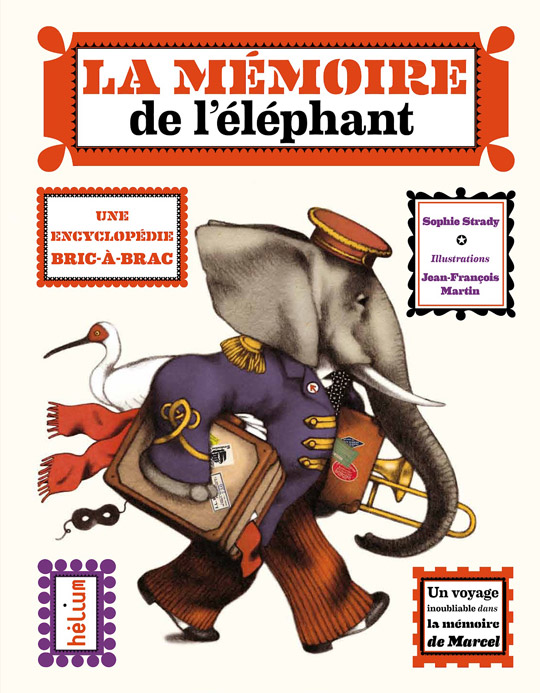 For a long time now, I have been wanting to create a monthly feature
dedicated to new and recently published children's books. One of the problems
with my tendency to create rather long, in-depth posts is the fact that a lot
of lovely things that catch my eye never make it to Animalarium.
Hopefully I'll be able to keep this new appointment short and to the point! 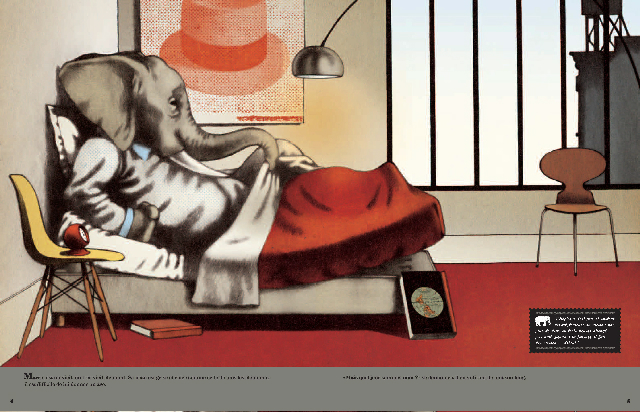 Lots of cool design references in this picture

Today's picks are a couple of lovely books that I was able to preview
last Spring at the Bologna Book Fair, and I want to thank both publishers
for kindly sending me some pictures to share on Animalarium.
The first is La mémoire de l'éléphant by my beloved Jean-François Martin,
who by the way just won the Grand Prix de l’Illustration 2012 for his Aesop's Fables,
already featured on Animalarium after it won the 2011 Bologna Ragazzi Award. 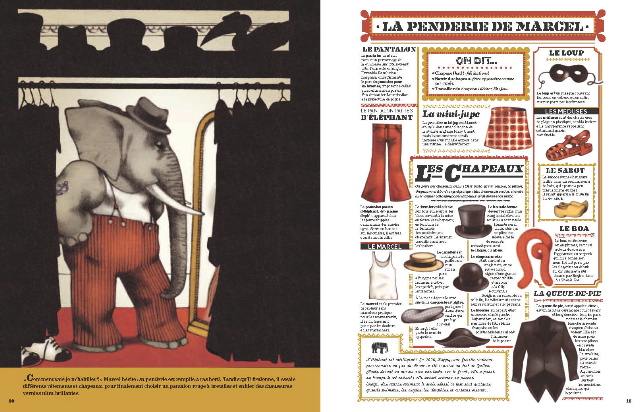 Many of the pages display collections of different objects and things

The story, written by Sophie Strady, brings us on a tour through the encyclopedic memory
of the old elephant Marcel. He is collecting in a book all of the things he has learned
during his long life, now let's see if he can remember the date of his own birthday...
The large-size volume was published by hélium last April, and I hope to see
an Italian edition out soon. 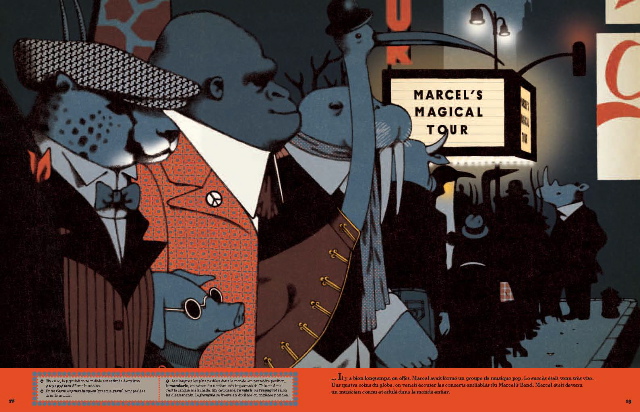 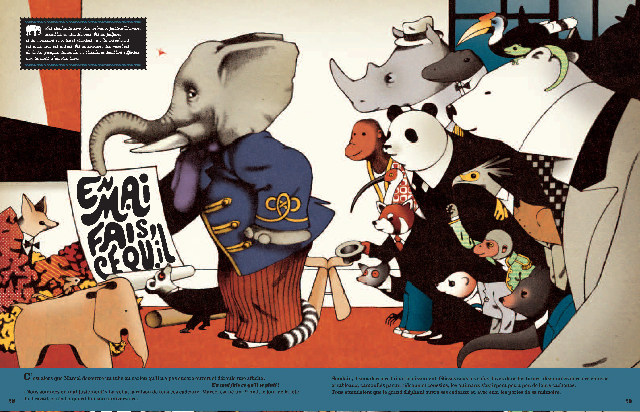 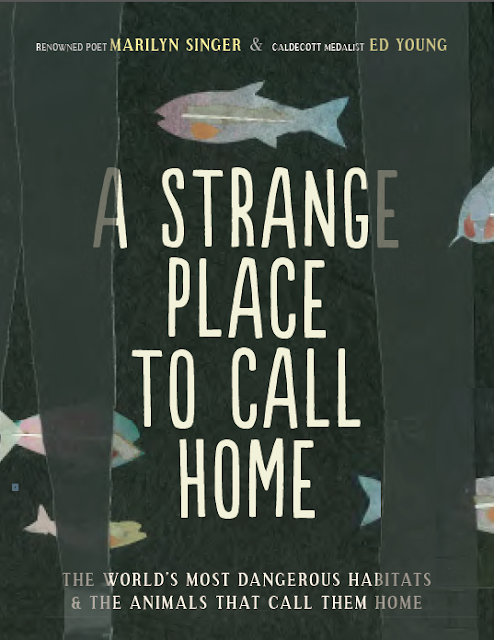 A strange place to call home features poems by Marilyn Singer illustrated with collages
by Caldecott winner Ed Young, and was published last month by Chronicle Books.
This time, we take a tour around the world to meet some animals that have adapted
to live in the strangest environments and most difficult conditions. An interesting,
instructive book that is also poetic and beautiful to look at. 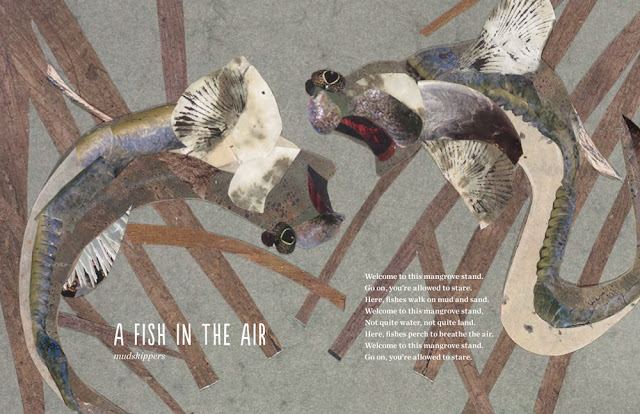 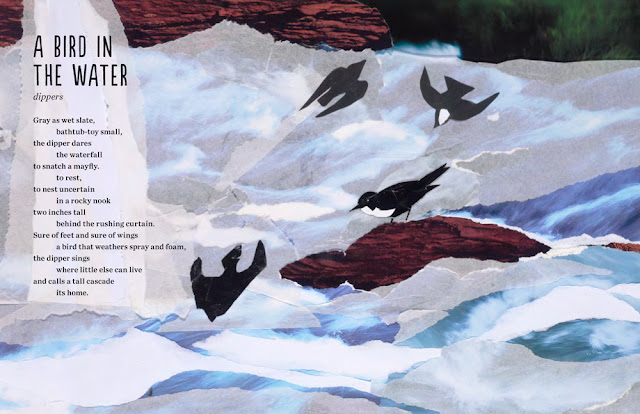 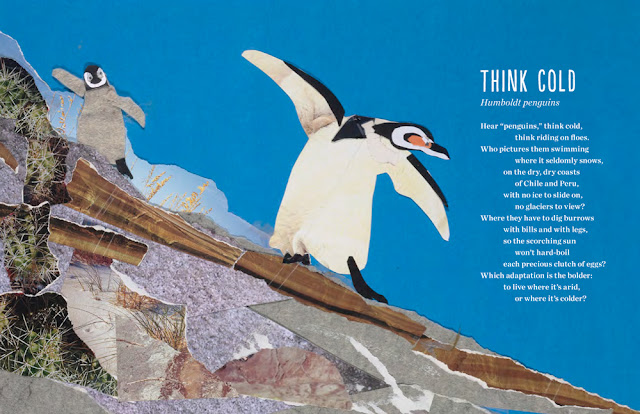 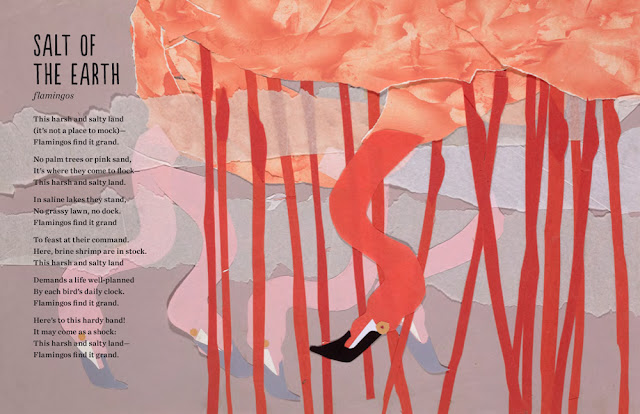 In my opinion, both of these volumes have the qualities to be loved by children and adults alike.
And these are the kind of books that I love the best... See you next month with more!