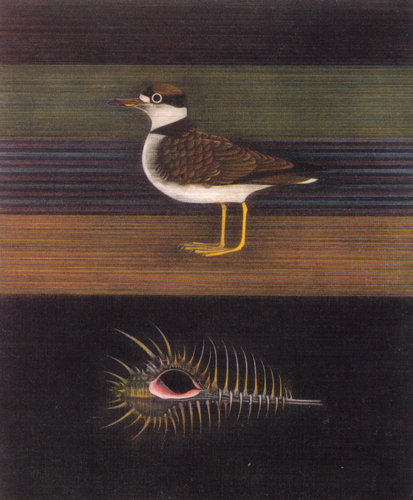 Matazo Kayama (1927-2004) was born in Kyoto, the son of a designer of Kimono.
He used to play in his father's studio, and loved to see him and his disciples
at work sketching and painting. He also learned a lot from his father's collection
of international art books. Kayama started making art, and when he was 13 years old
he entered the Japanese Painting Academy in Kyoto. In 1944 he went on to study
traditional Nihonga techniques at Tokyo National Academy of Fine Arts, at a time
when the country was in the grips of World War II. His father died at the end
of the war, but Kayama managed to keep studying art in Tokyo
while helping his mother and younger sisters in Kyoto. 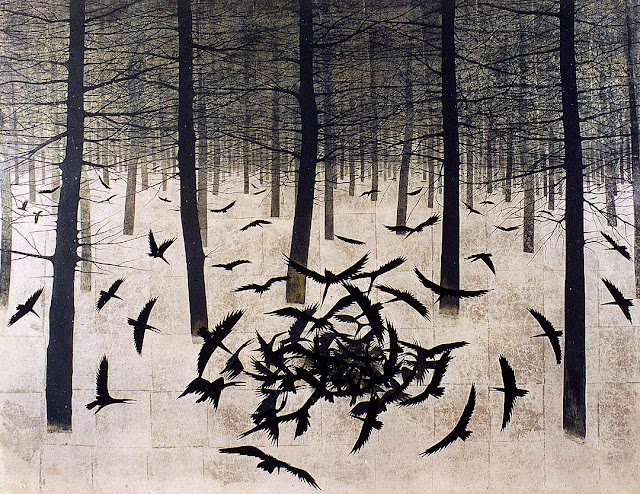 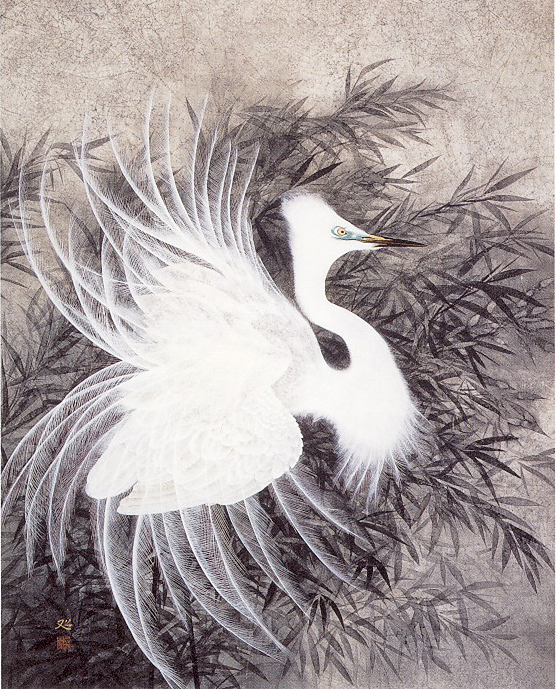 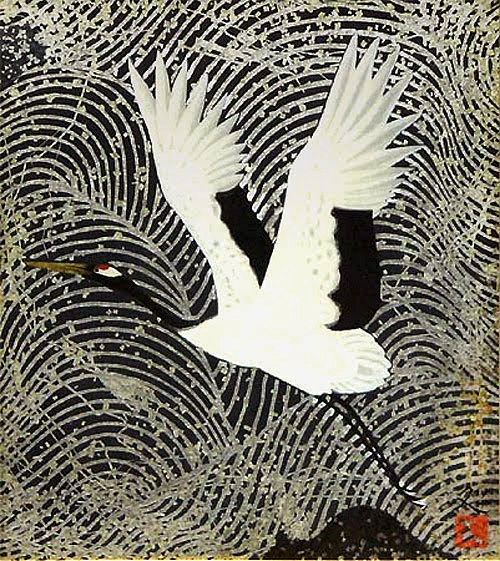 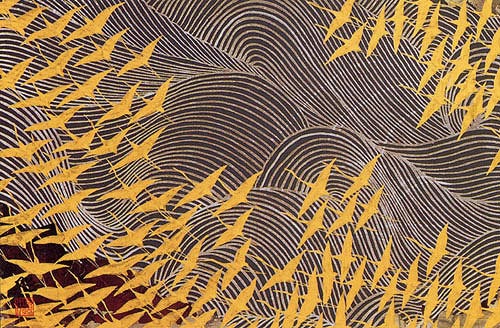 Kayama became a famous painter in his early 30's and held his first personal exhibition
abroad in New York in 1961. Animals were one of his favorite themes throughout his career,
while his sources of inspiration shifted from modern Western art to traditional RImpa Japanese
painting and Chinese ink paintings. All of these influences were reinterpreted through Kayama's
own refined and innovative style. His work has been exhibited at the Central Museum of Beijing
and the British Museum, and in 2009 a large retrospective was held at Tokyo's National Art Center. 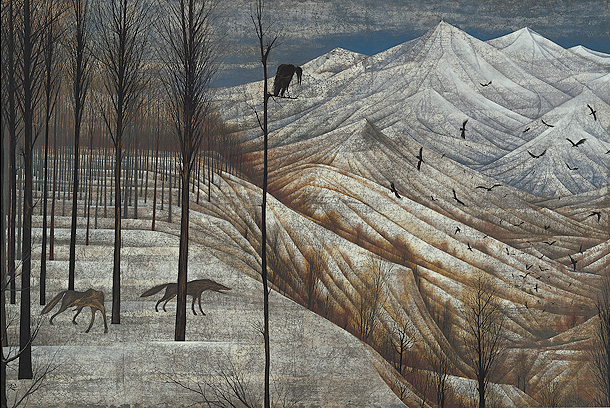 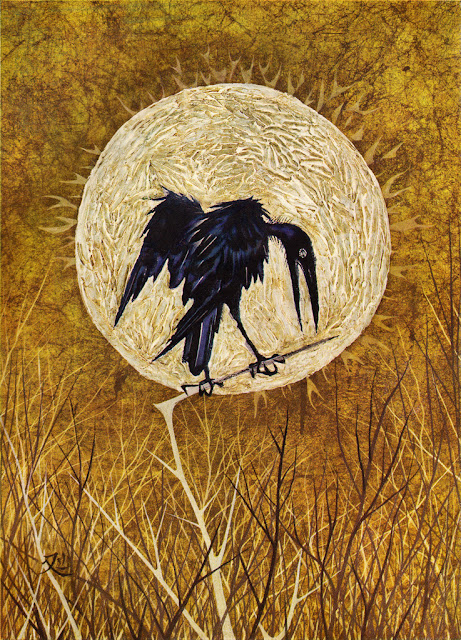 thanks to Sandi Vincent for this image 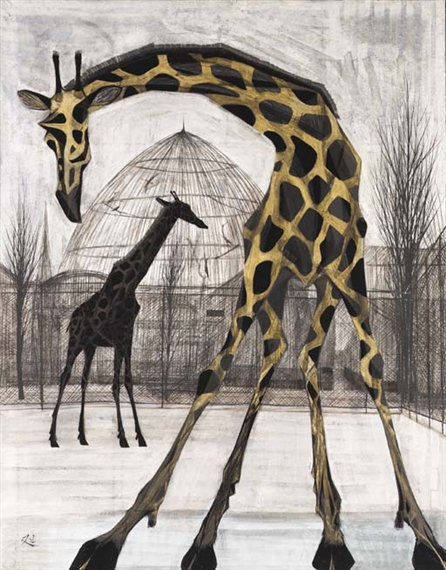 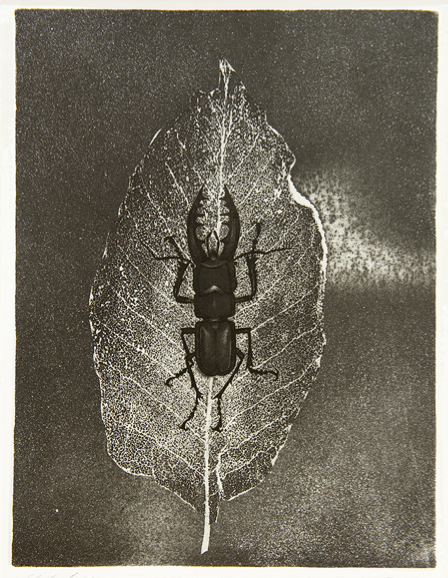 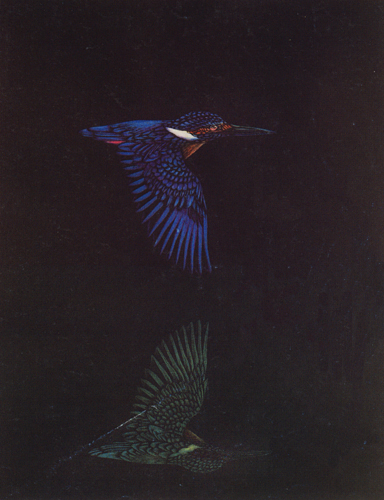 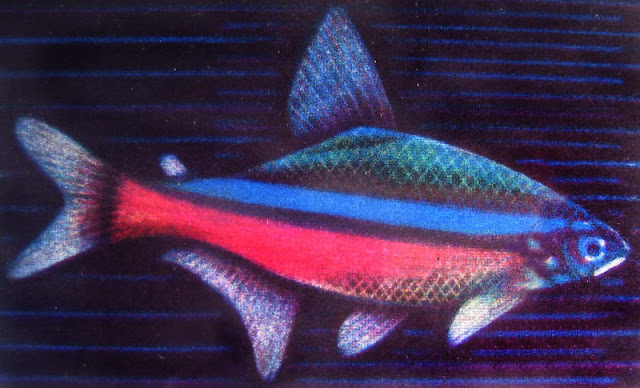 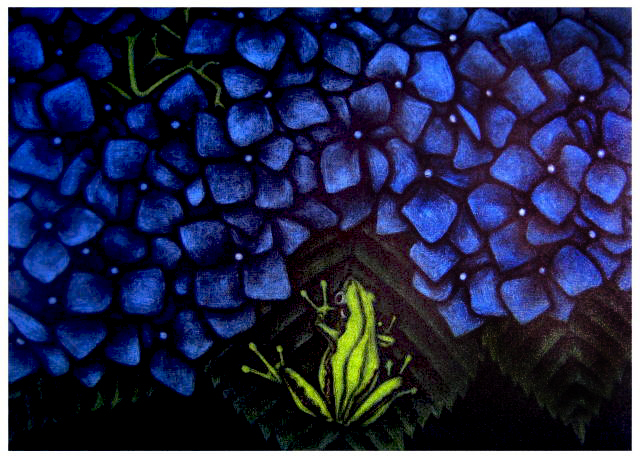