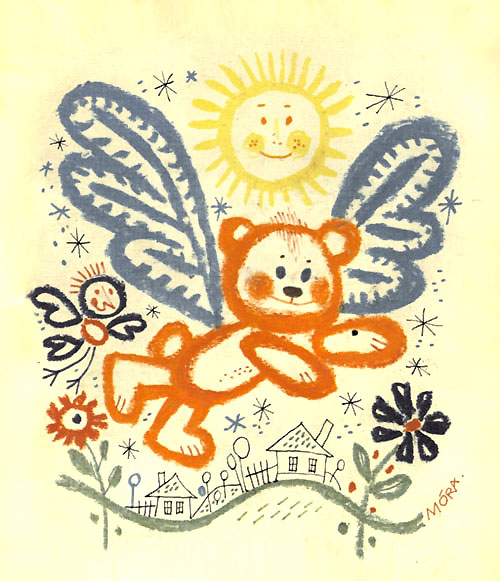 Maybe to compensate this strangely grey spring season, after David Weidman
I am still in the mood for sharing some joyful, sunshine filled imagery. 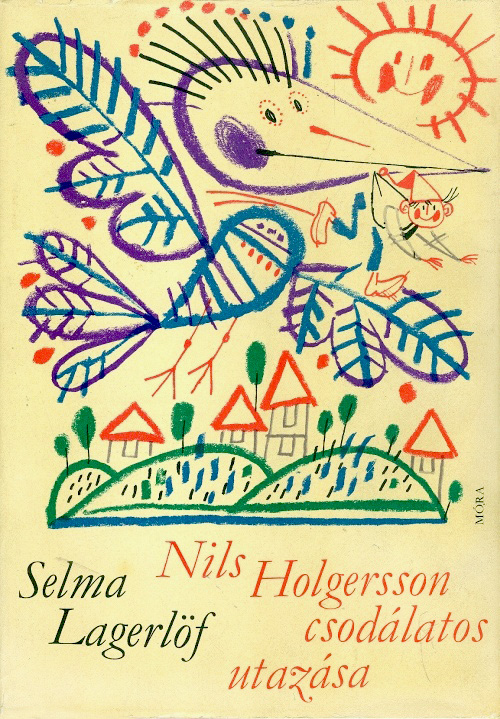 János Kass was born in Szeged, Hungary, in 1927. After finishing his artistic studies,
he became one of Hungary's foremost graphic artists and book illustrators.
He also worked as a printmaker, painter, sculptor, teacher, and postage stamp designer. 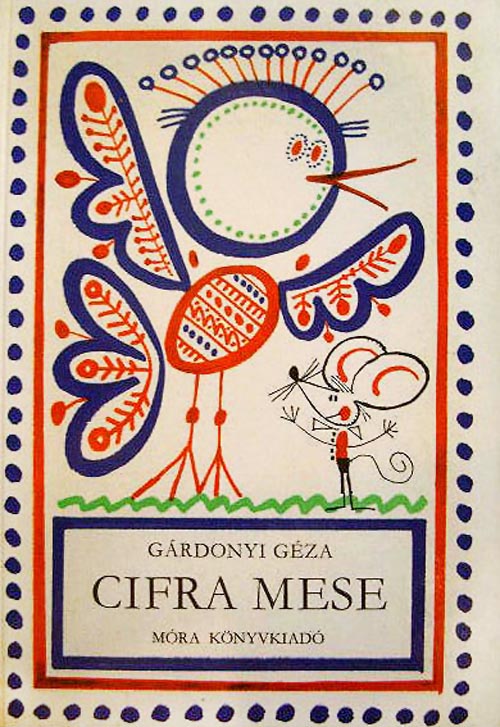 János illustrated and designed around 400 books, mostly classic novels and children's stories.
He was remarkably versatile, and his artistic output ranged from fine etchings and intense b&w prints
to bold and colourful silk-screens and delightfully playful children's illustrations.
His art combined the influence of traditional Hungarian folk culture with that of modern
art movements. János' work gained international recognition, and was awarded the prize
for best illustrated book at the 1973 Leipzig book fair and the 1999 Frankfurt fair.
He won the Kossuth prize, Hungary's highest artistic award, and his drawings, etchings
and silk-screen prints were widely exhibited at home and around the world. 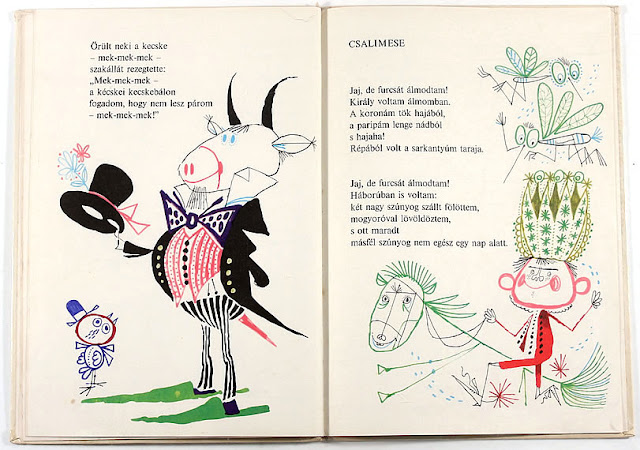 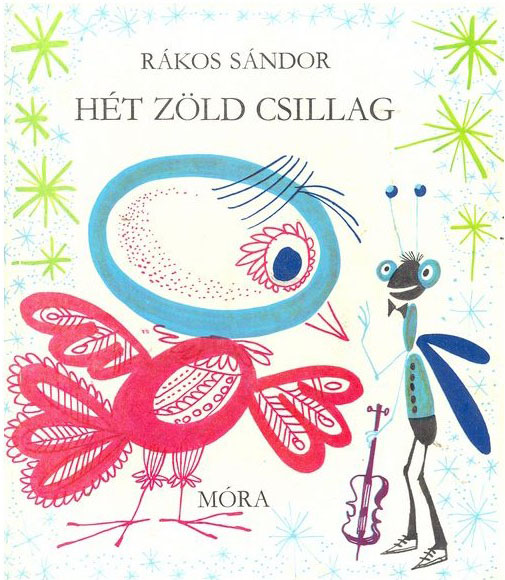 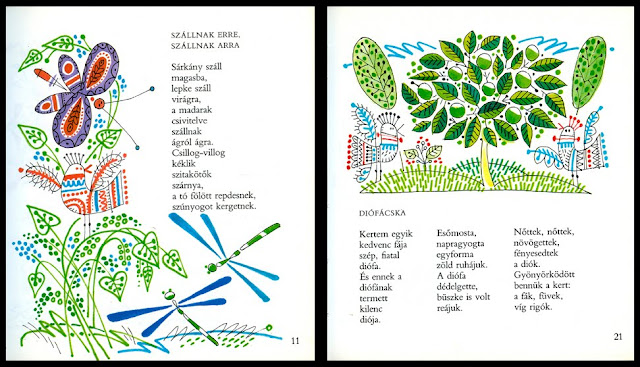 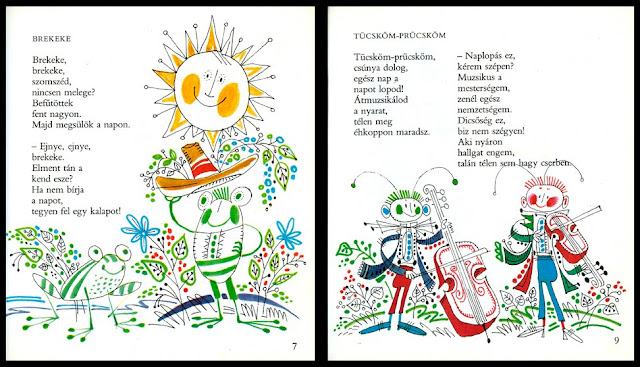 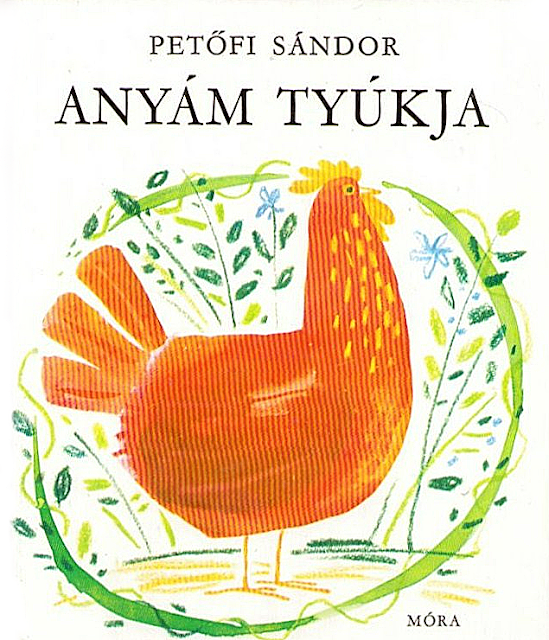 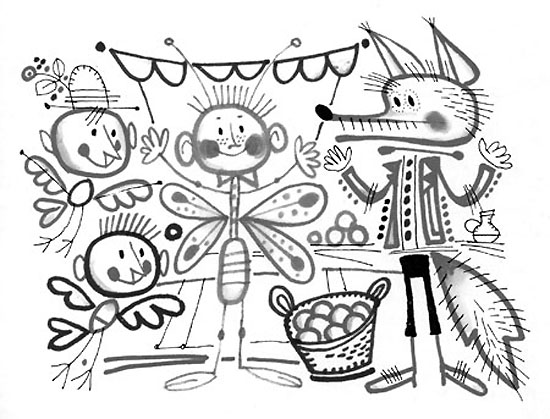 János was the storyboard artist for Dilemma, the earliest fully digital animated film.
This 1981 British short directed by Hungarian born animator John Halas won international awards
and was nominated for the Golden Palm at the Cannes Film Festival.
János also worked as background artist for the "So Beautiful and So Dangerous"
segment of the 1981 animated feature Heavy Metal. 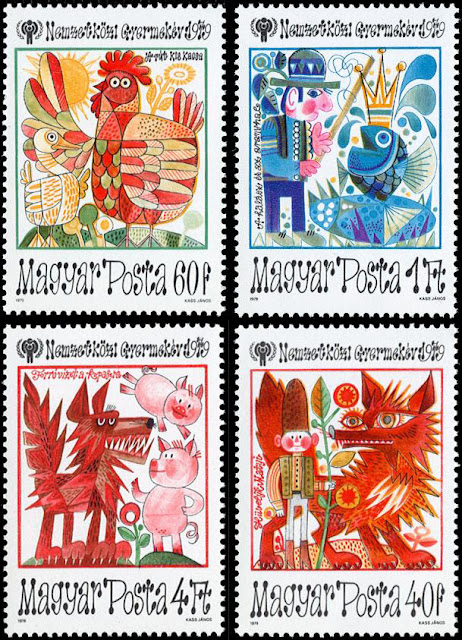 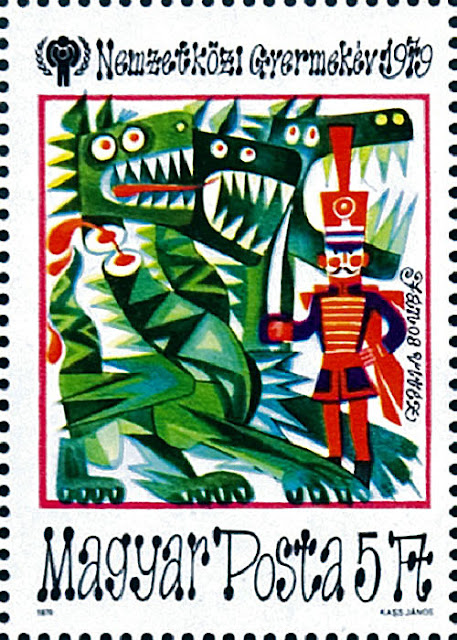 János Kass died in 2010 at the age of 82. HIs artworks can be viewed at the Hungarian National Gallery
and in a permanent exhibition located in his birthplace Szeged. 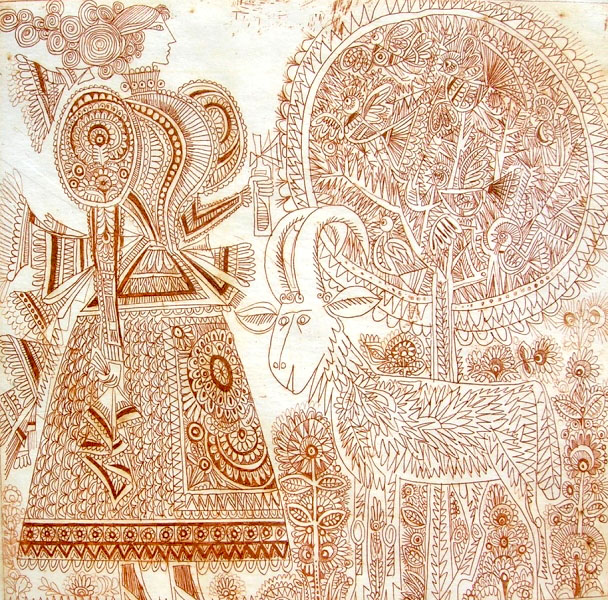 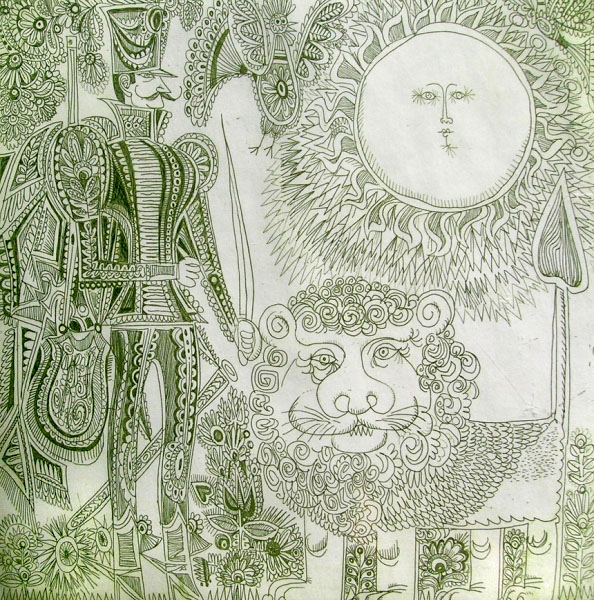 To my knowledge, none of János' beautiful children's books have been published in Italy.
I found the images for this post in a variety of websites, from Japanese vintage bookshops
and Hungarian art galleries to the lovely blogs Two Hand Design and Kristina Klarin.
I will try to post some original scans of his work in the near future; in the meanwhile
you can check out the work of another outstanding Hungarian illustrator, Károly Reich.