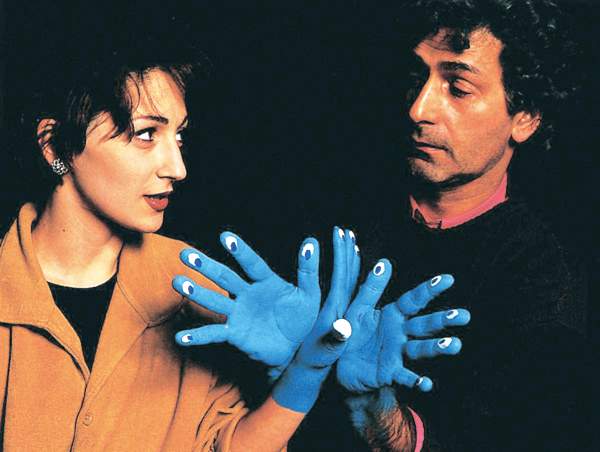 Mario with his daughter Francesca 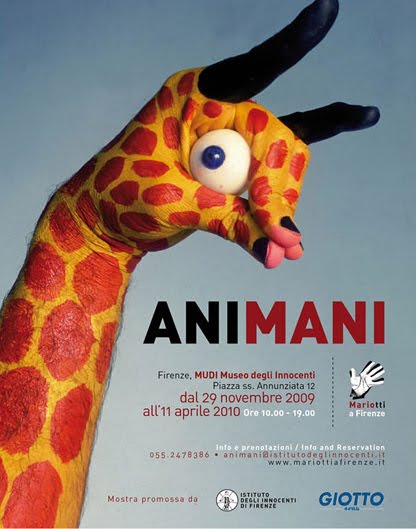 Last Sunday I visited Animani, an exhibiton of Mariotti's works
at the Museo degli Innocenti in Firenze. 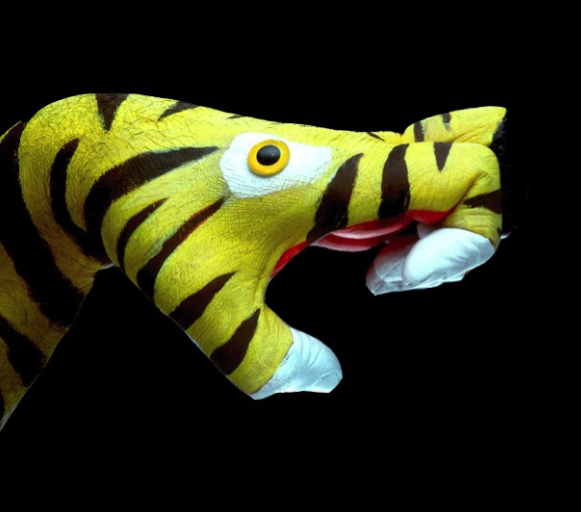 This original and playful artist-craftsman was one of the most fertile creative forces
in 1960s-80s Firenze. He was much loved for his generous and ironic spirit, which combined
an independent nature with the ability to engage the city and its artists community in innovative
projects and performances. I did not have the privilege to meet Mario, but have heard many stories
from friends who were close to him about the inventive artworks, games, tricks, installations
and events originated in his legendary workshop. 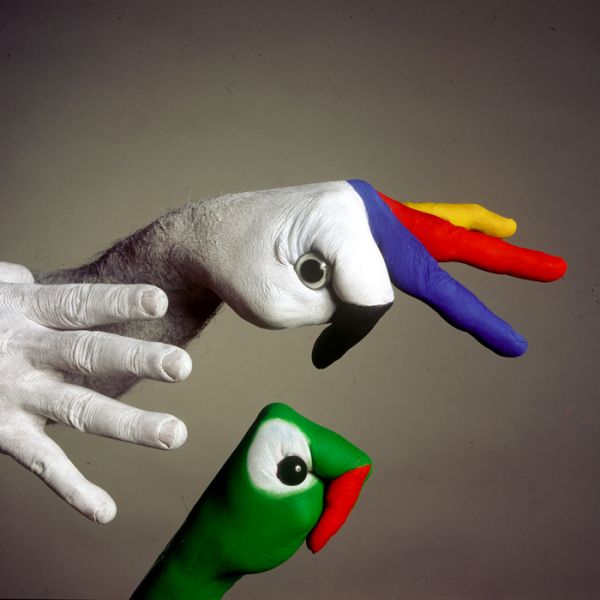 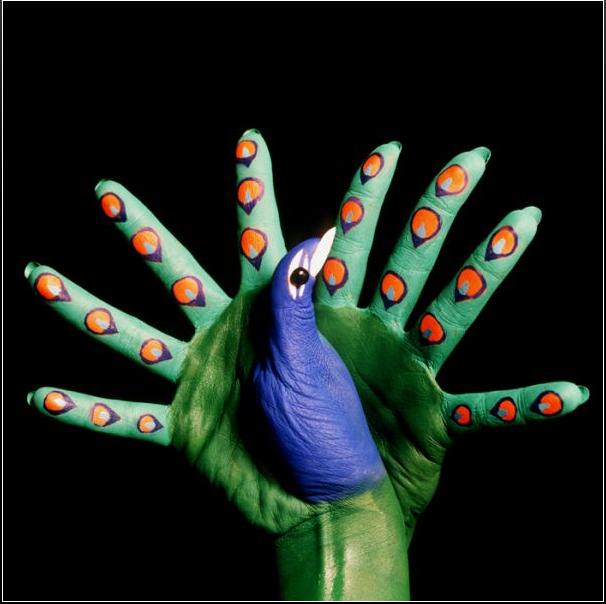 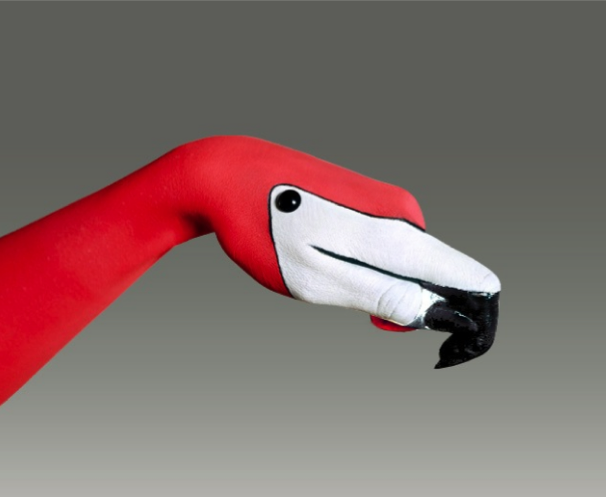 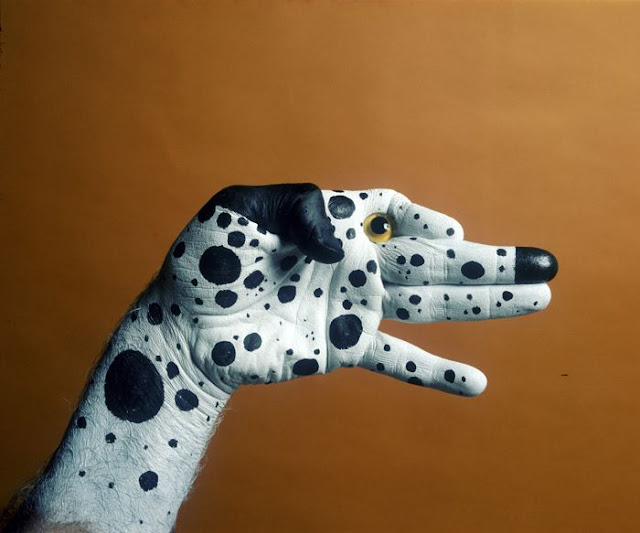 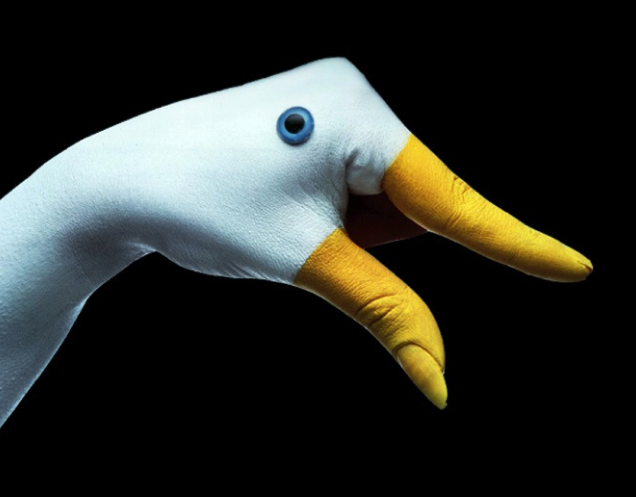 Firenze is so bountyful with ancient beauty that it doesn't tend to pay much attention
to its contemporary talents, so it was nice to finally see the first exhibition in Mariotti's honor
since he passed away almost thirteen years ago. Francesca, who collaborated on the Animani projects,
has continued her father's work and is one of the forces behind both the art show
and the exhaustive website which now documents many of his activities. 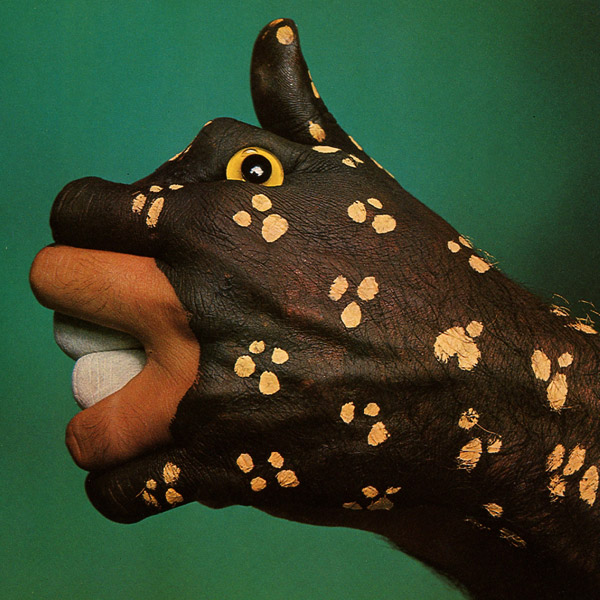 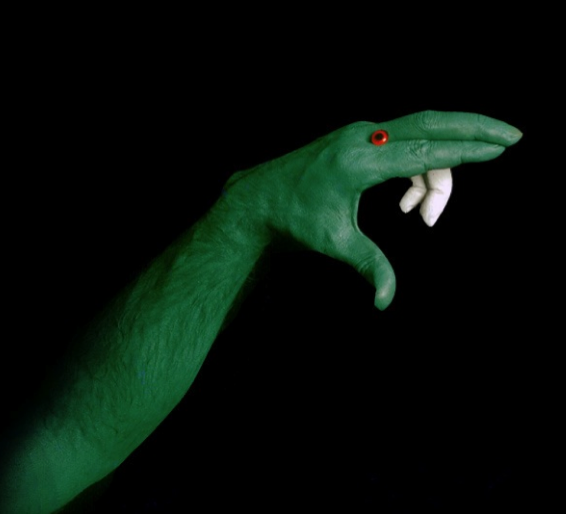 Animani is a series of children's books produced between 1980 and 1994 that feature
Mario and Francesca's painted hands interpeting human and animal characters.
The creatures above are from the volumes Animani (1980) and Rimani (1988). 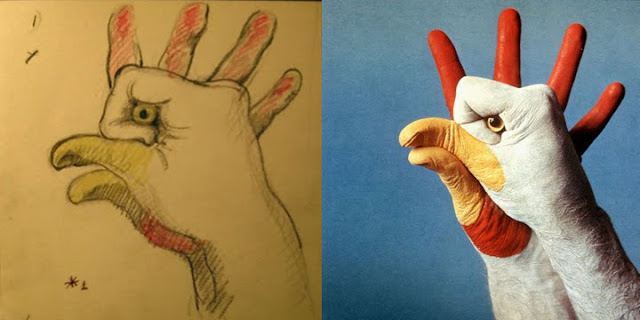 On show in the exhibition and website are some of the photos' preparatory sketches. 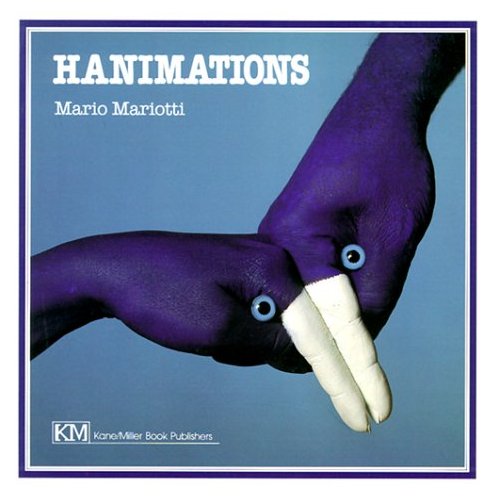 The American edition Hanimations was published by Kane/Miller in 1989. 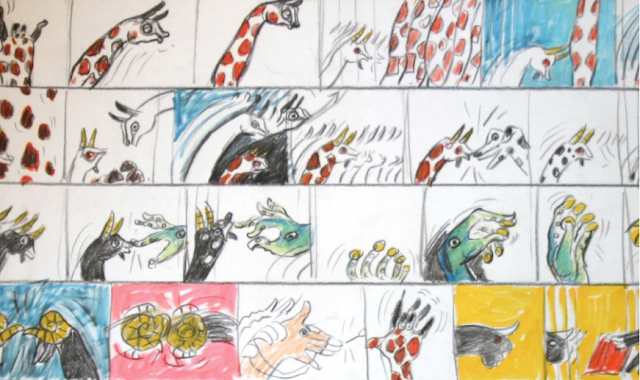 In the 1980s Mariotti also created a series of Animani animations for Italian, German
and Japanese producers, and some of these rare videos are on view at the exhibition.
Above is one of the storyboards from Mariotti's website.