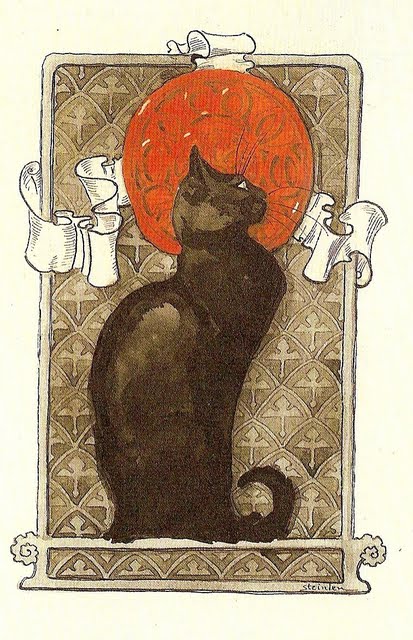 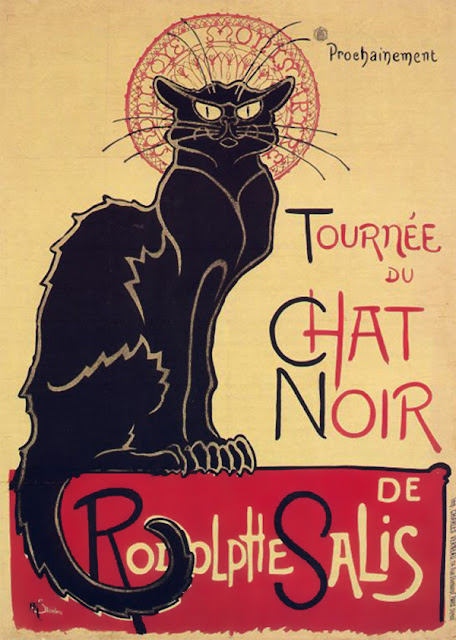 Most of my readers are likely already familiar with the Art Nouveau poster art
of Théophile Alexandre Steinlen. In particular, the above ad for the Cabaret
Le Chat Noir has become one of the most ubiquitous icons of the Belle Époque. 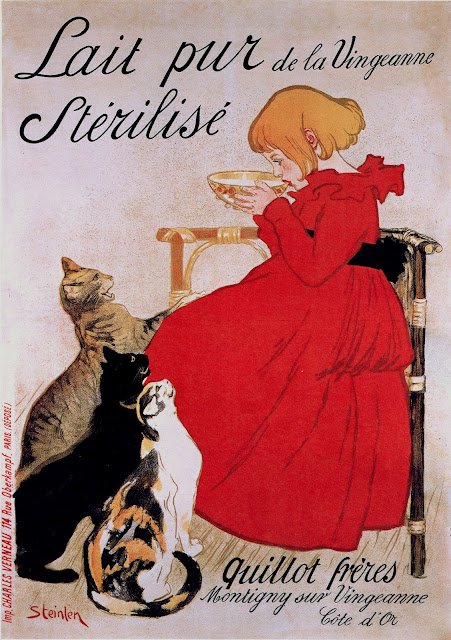 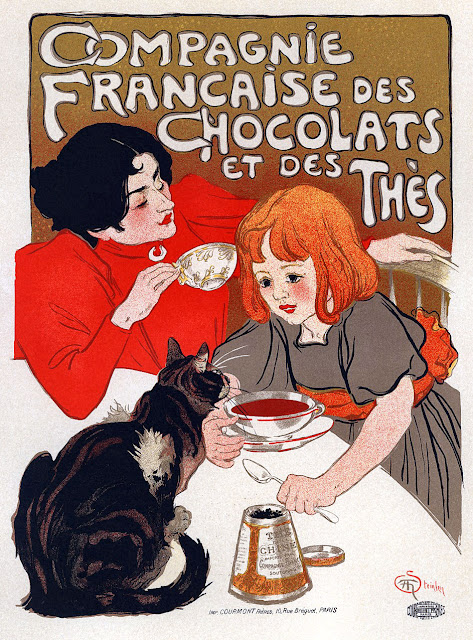 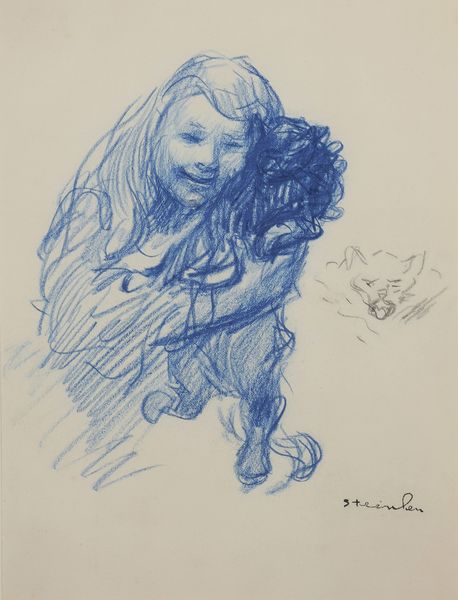 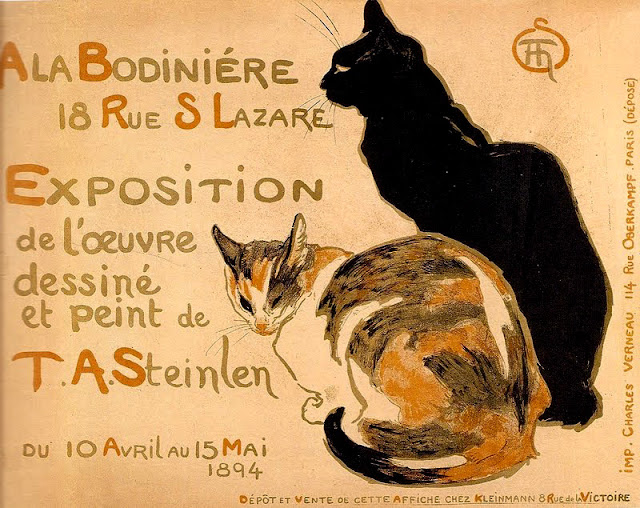 Together with his daughter Colette, cats were Steinlen's favorite models.
He clearly observed and studied them with an inextinguishable passion,
both at rest and in action. 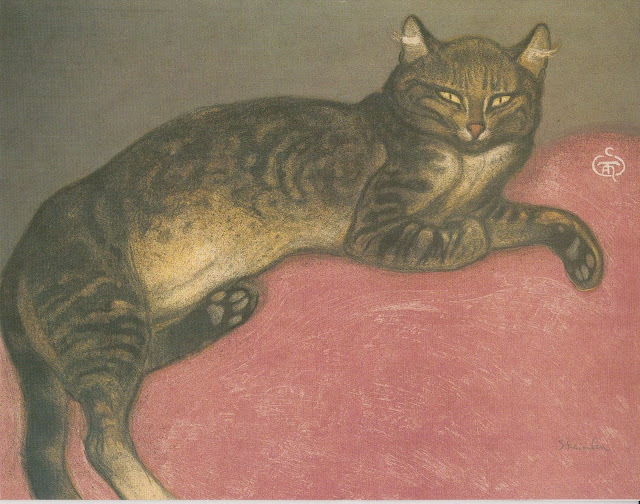 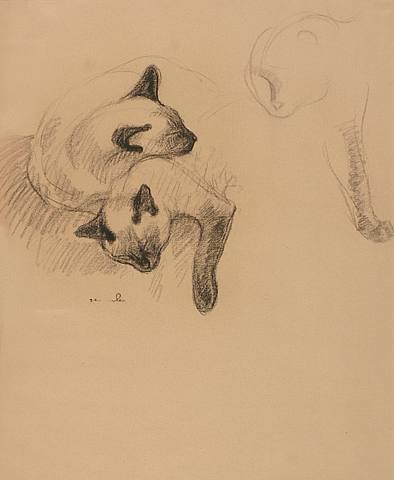 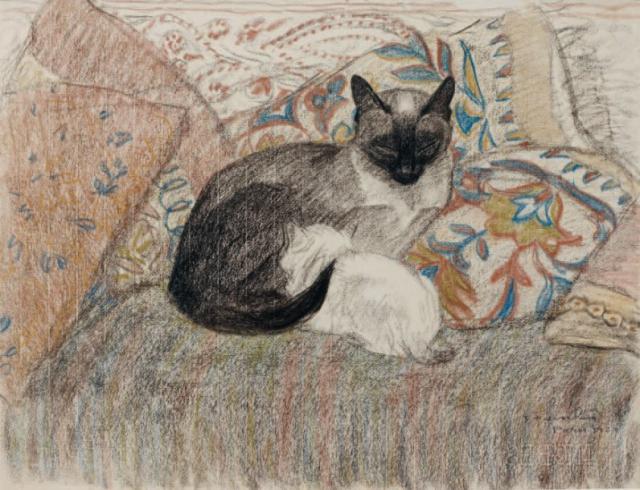 Steinlen's Paris home became known as "Cat's Corner". His love of felines found expression
not only in numerous commercial posters, but in many other artistic media including
sculpture, painting, drawing, wall painting, editorial illustration and cartooning. 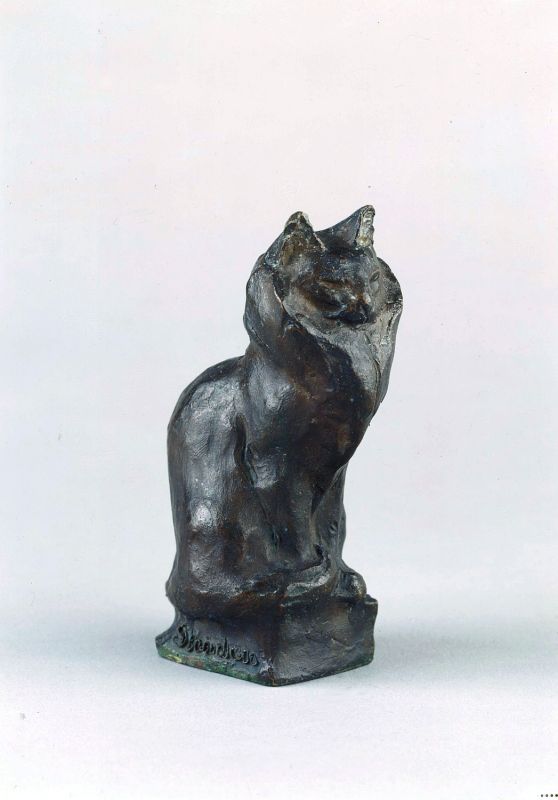 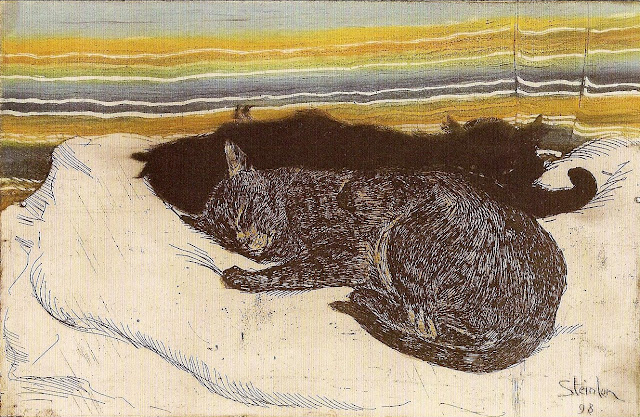 In 1898 Steinlen published the wonderful Des Chats, Images sans paroles, a large folio of 26 plates
featuring humorous cartoon sequences of playful cats getting into all sorts of trouble. 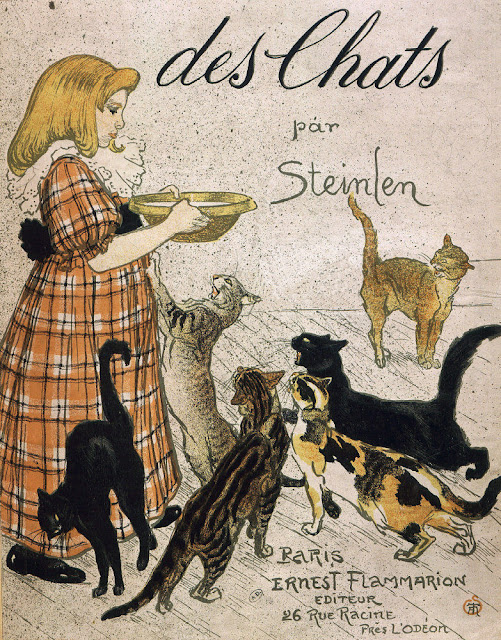 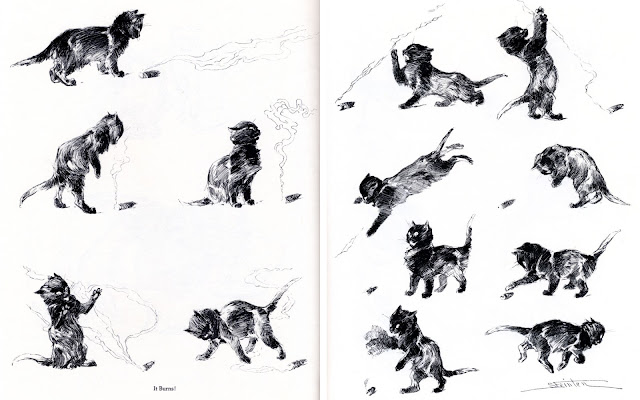 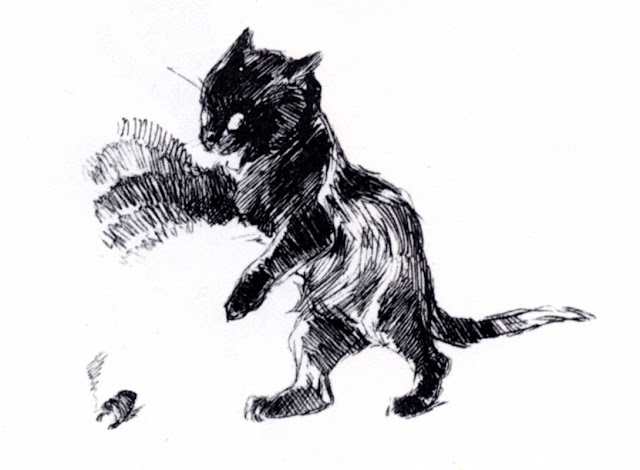 The drawings had originally been published in the newspaper Le Chat Noir.
According to this article, they possibly show the first use of the blurring of limbs
to portray motion in visual art, years ahead of Balla and Duchamp. 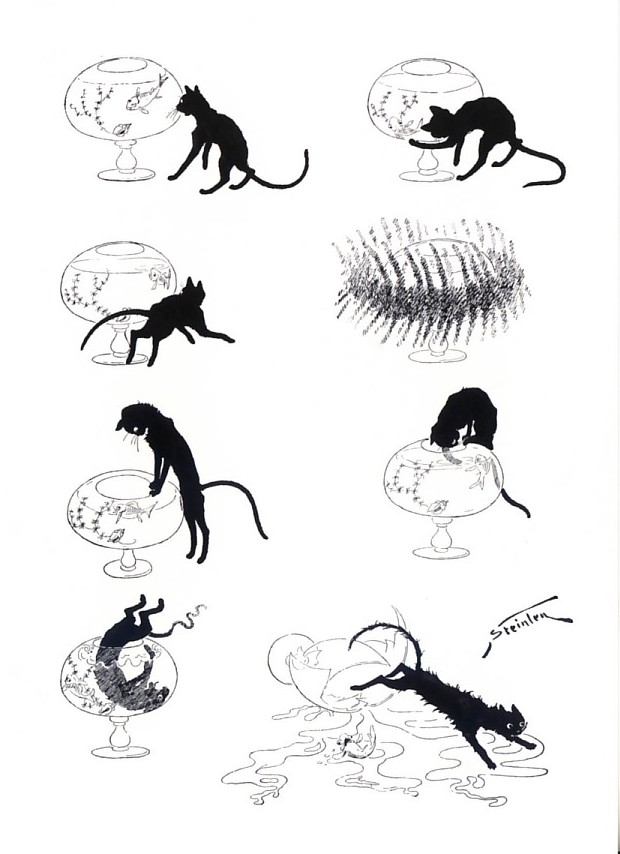 I would love to be able to see the rest of the plates...
Unfortunately, surviving copies of Des Chats are valued at over $1000!
Does anyone know if a reprint is available?