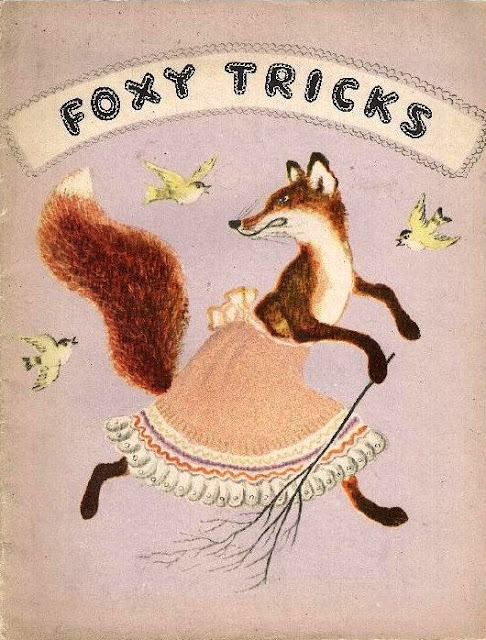 A couple of years ago I dedicated a post to the fox character in Russian tales. Since then,
the theme has continued to hold my interest, and I've gathered more images and information.
As mentioned before, a large number of Russian and Ukrainian folk tales feature forest animals
such as the fox, the wolf, the bear, and various birds. Domestic animals including the cat,
the dog, and the rooster also appear, usually in secondary roles in combination with the wild ones.
All of these characters mix human abilities and habits with animal instincts and behavior. 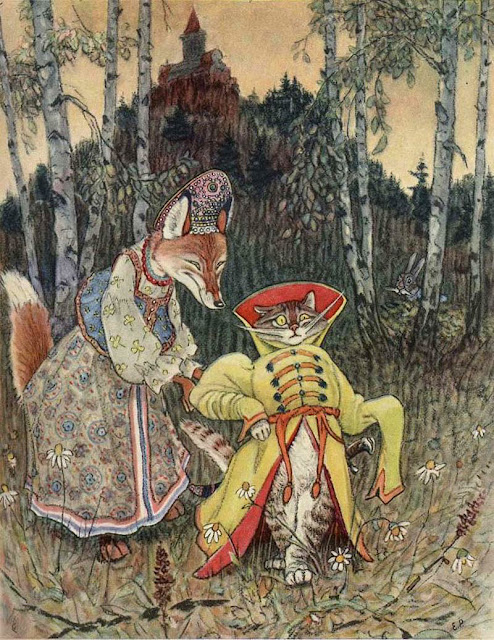 Evgenii Rachev, The Cat and the Fox

In this rich genre of stories, animal features are strictly typecast, and the sex of each character
is based on its masculine or feminine noun. Among the males, we find the greedy and stupid wolf,
the clumsy and slow-witted bear,the cowardly and quick hare, the lazy opportunistic cat, and the boastful rooster.
The main female characters are the sneaky and crafty fox, and the cunning, obstinate goat.
Trickstery is one of the fondamental narrrative elements of these stories, and in many of them
the fox plays the role of the sly, calculating animal who vanquishes the stronger ones and fools all the others. 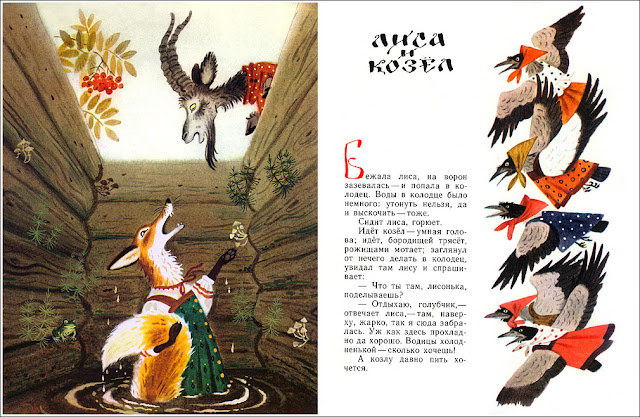 Natalia Trepenok, The Fox and the Goat, from Russian Folk Tales

This gallery includes illustrations for some of the most popular Russian and Ukrainian tales,
and lastly a Siberian one. A few, like The Fox and the Crane and The Fox and the Goat,
are also found in Aesop. I've also added links to the stories' text when possible.
Other fox tales include The Fox Midwife, The Fox and the Bear, Sister Fox,
The Fox and the Thrush, The Fox Confessor, and more. 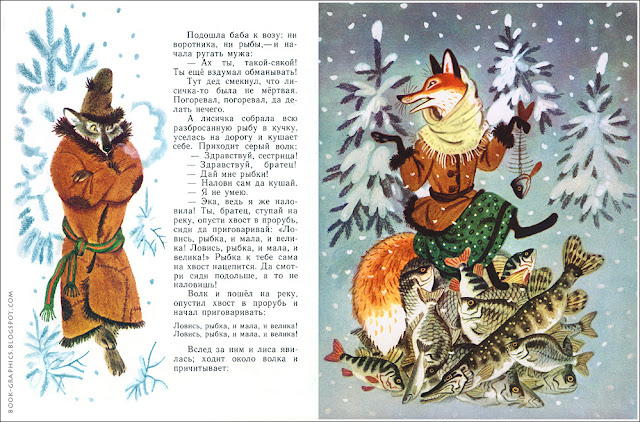 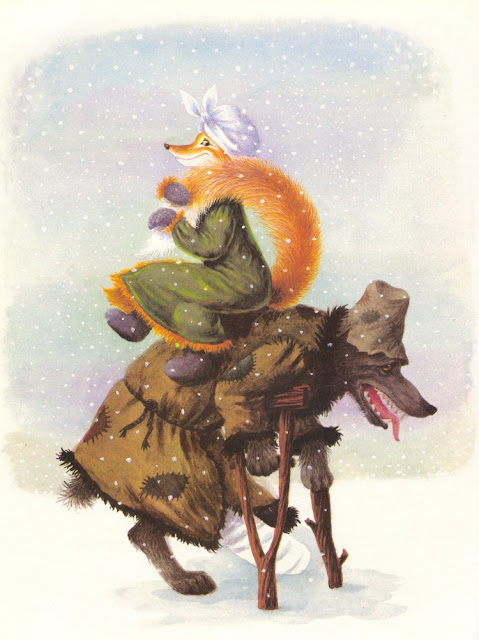 Marianna Belyaeva, Sister Fox and Brother Wolf (The Fox and the Wolf),
from a collection of Russian folktales by Alexei Tolstoy, 1988, thanks to ban galbasi 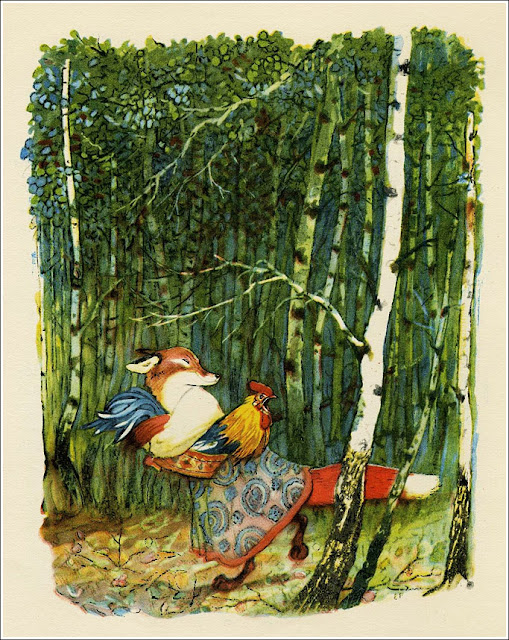 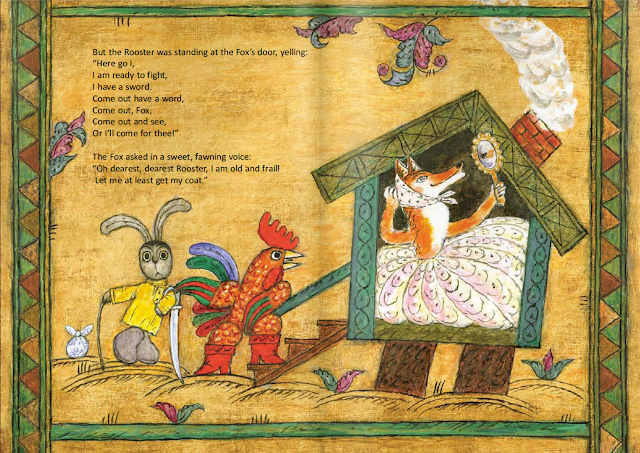 Francheska Yarbusova, The Fox and the Hare

Watch the wonderful animated version made by Yarbusova with her husband Yuri Norstein here. 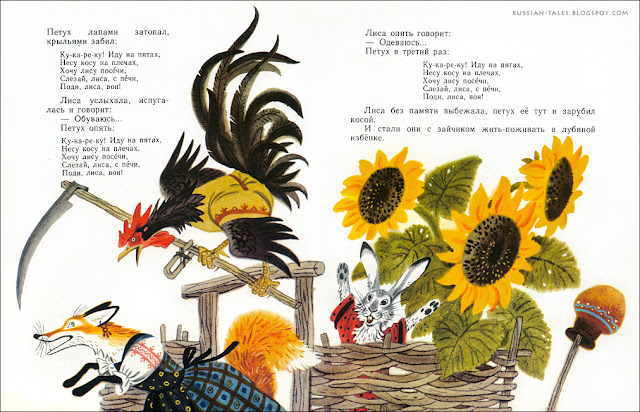 Natalia Trepenok, The Fox and the Hare, from Russian Folk Tales

Igor and Ksenia Ershov, The Cat, the Rooster, and the Fox 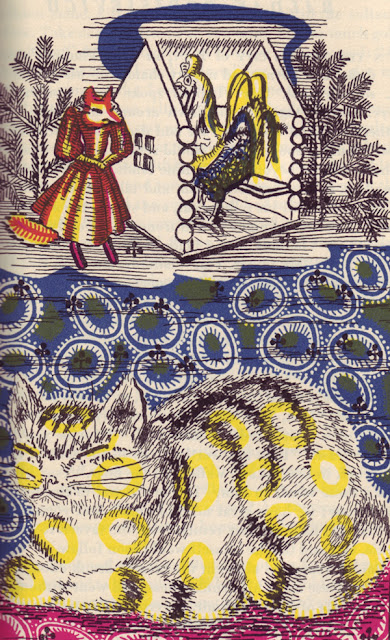 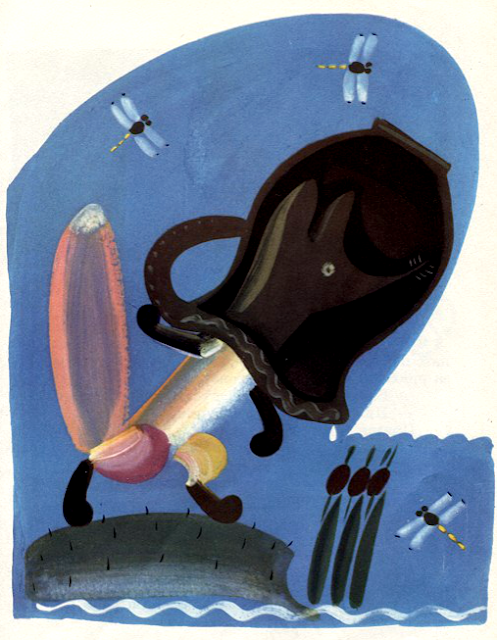 Lev Tokmakov, The Fox and the Jug, from Russian Fairy Tales about Animals, 1973 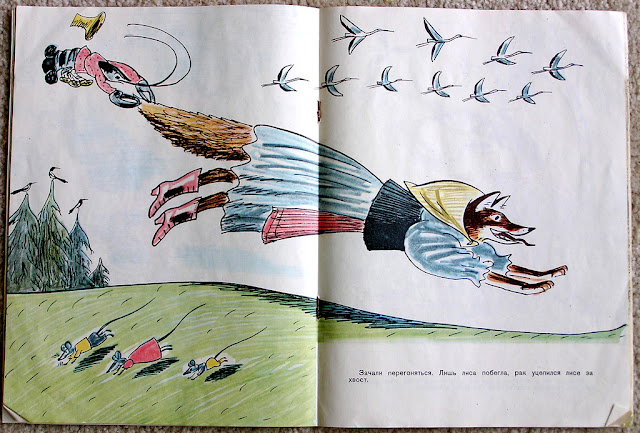 Vladimir Menshikov, The Fox and the Crab (also known as The Race), thanks to normanack 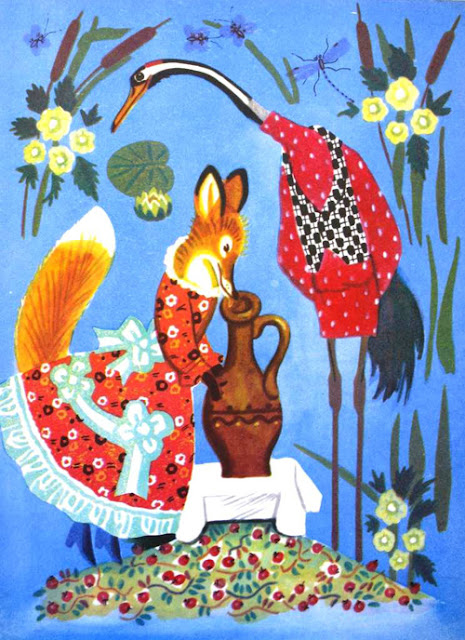 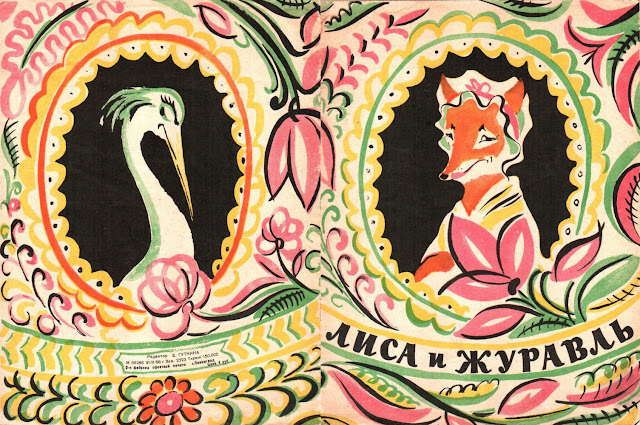 Georgiy and Alexander Traugot, The Fox and the Crane 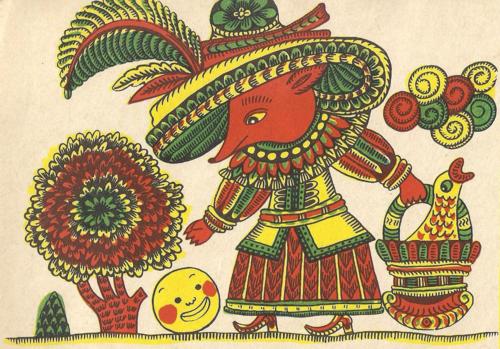 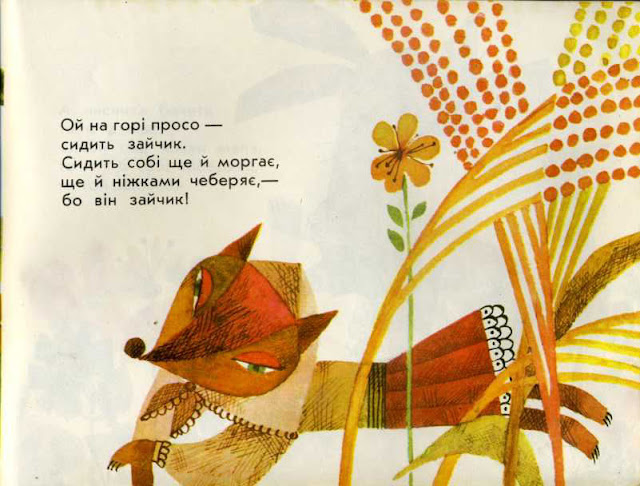 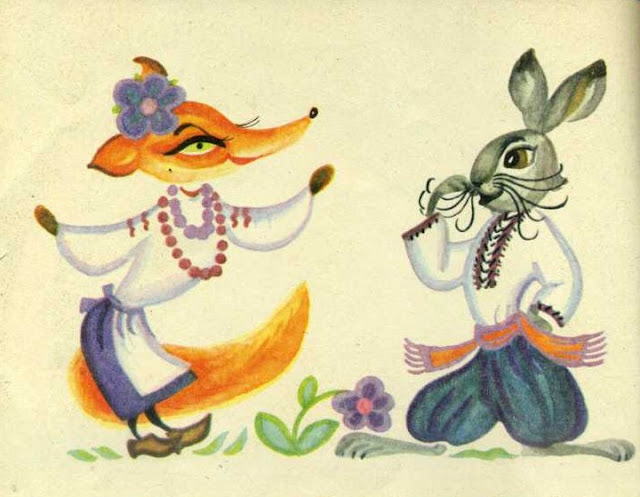 Adele Gilewicz, Ban Kotsy (Ukrainian version of The Cat and the Fox), 1971 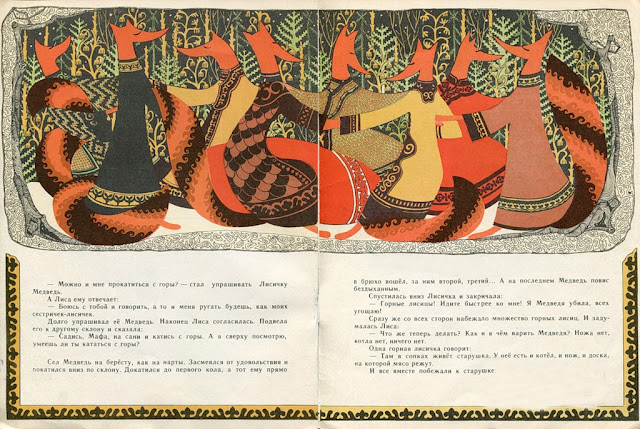 Gennady Pavlishin, The Raven, Karas, the Bear and the Fox, 1968

A great thanks for the iconography to HannaRivka and her flickr set,
to Book Graphics, polny_shkaf and other Russian LiveJournals and websites.
And thank you Mark Kats for all the much appreciated clarifications!