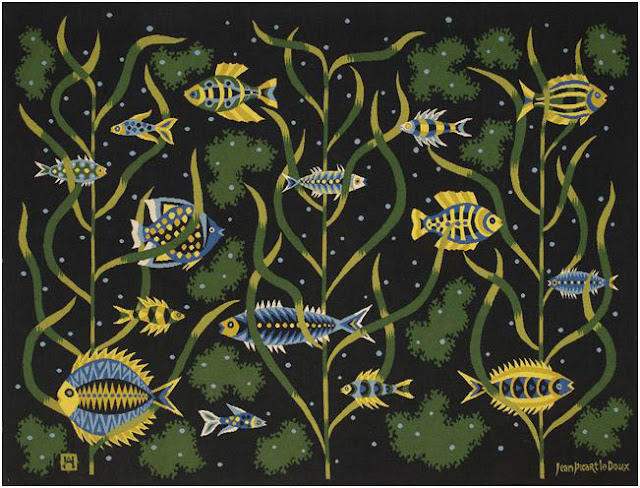 Jean Picart le Doux was a French painter, illustrator and one of the most productive tapestry designers
of the 20th century. He was born in Paris in 1902, the son of painter Charles Picart le Doux,
and after studying art made his debut in bookbinding and publishing. During the 1930s he turned to advertising
and graphic design, working in a style influenced by Cassandre and other great French poster artists
of the time. In 1942 he won the Grand Prix of the theater poster. 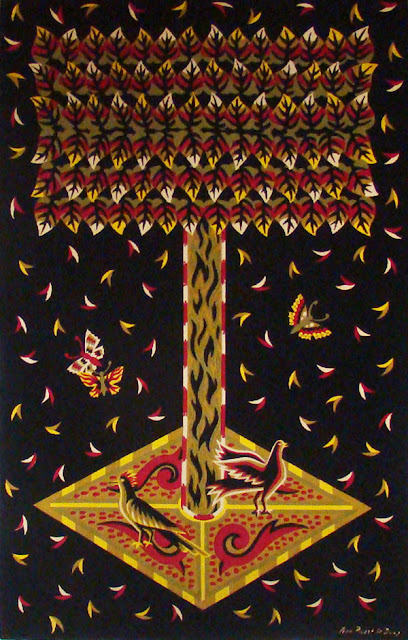 In 1939 Picart le Doux met Jean Lurçat, the most important figure in the renaissance of French tapestry
in the early 20th century (blog post to follow). At the time Lurçat had settled in Aubusson
at the request of the French Ministry of National Education to create a new center for tapestry design
and production. The two men became close associates, and in 1943 le Doux created his first tapestry cartoons
for the passenger ship “la Marseillaise”. In 1947, together with Marc Saint-Saëns, they founded
the Association of Tapestry Cartoon-Painters to promote the revival of tapestry design. 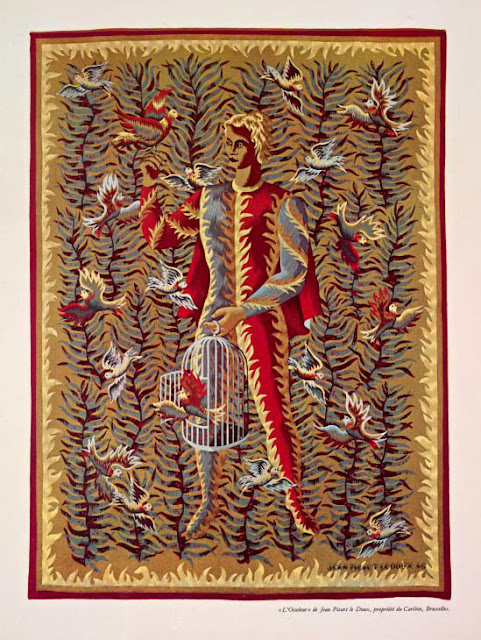 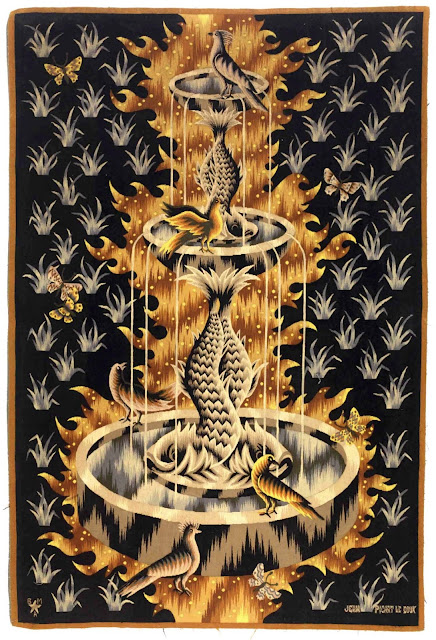 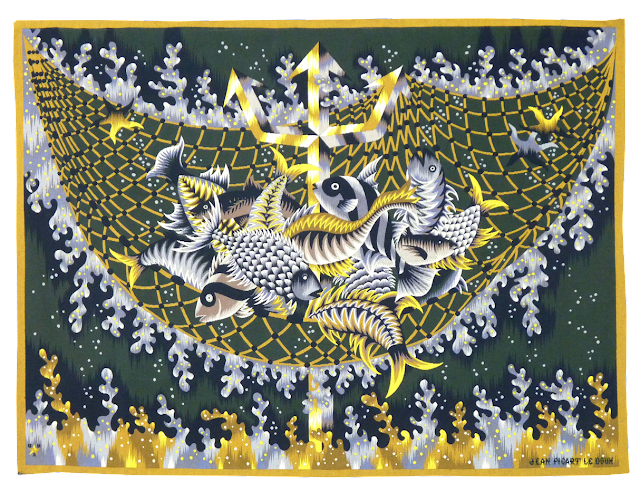 This group of artists shared the same theories and aesthetics. They believed that tapestries
should be original works of art rather than copies of paintings. Their works utilized a limited color palette
and symbolic subject matter. They were conceived for hanging on walls and specific architectural spaces,
and were often commissioned by the state to be showcased in in embassies, museums, schools and public buildings. 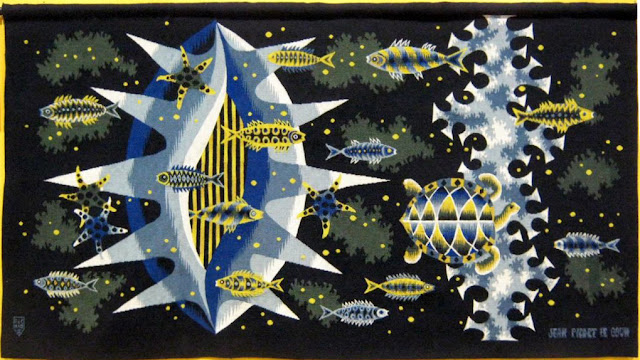 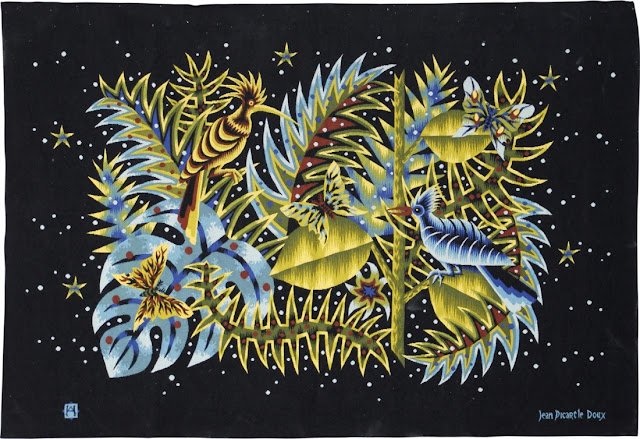 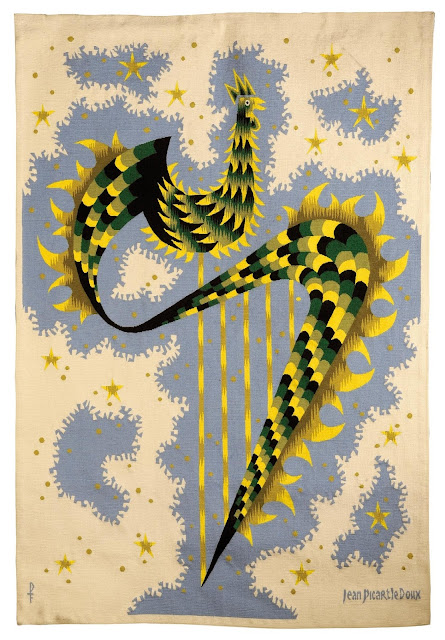 Picart le Doux designed over four hundred original tapestries during his lifetime. He also continued
to work as a commercial artist, and during the 1950s designed a series of posters for the French Tourist Office.
In 1951 he was one of the founding fathers of ​​the Alliance Graphique Internationale with Jean Colin,
Jacques Nathan Garamond, Fritz Bühler and Donald Brun, and became the association's first president. 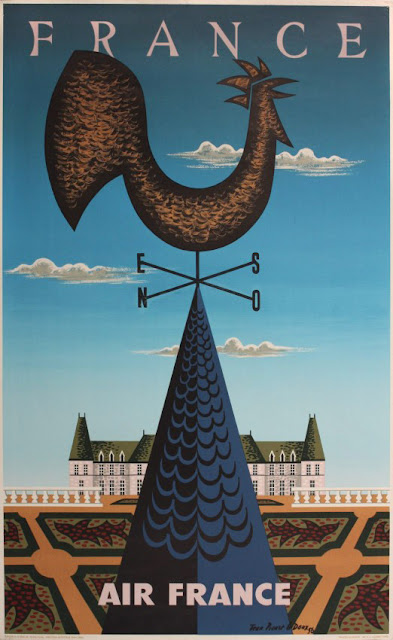 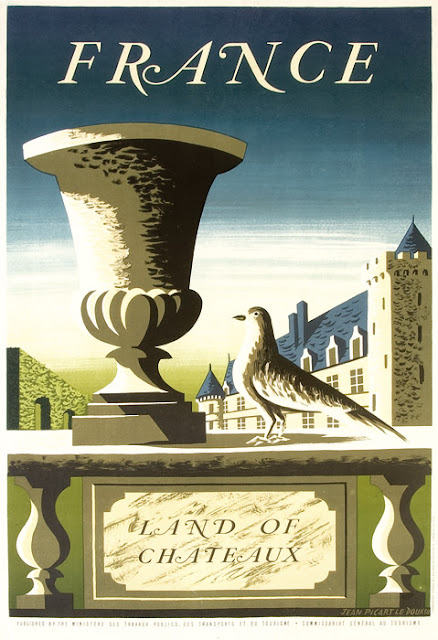 He also produced lithographs, and Illustrated deluxe editions and artist books by major French authors
including Jean Cocteau, Verlaine, Baudelaire Apollinaire, and Colette. Picart le Doux had many exhibitions
throughout his life (he died in 1982), and his works can be found in the collections
of numerous museums in France and abroad. 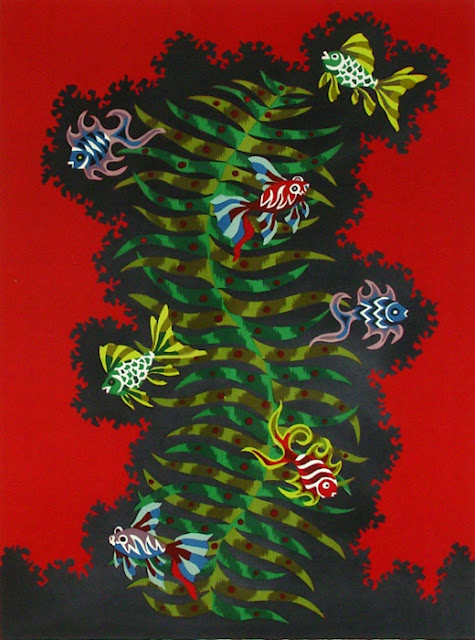 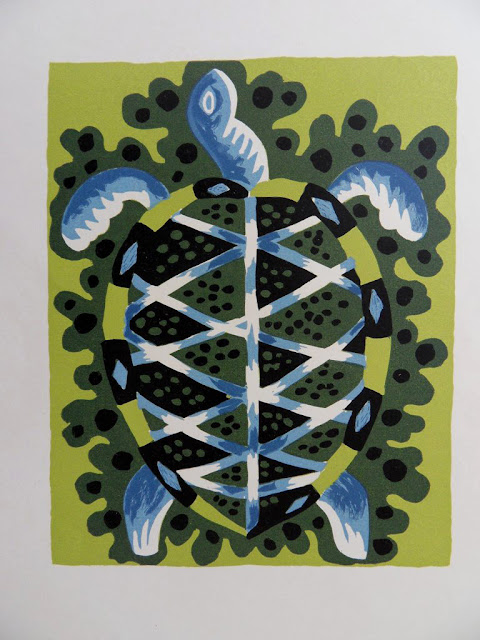 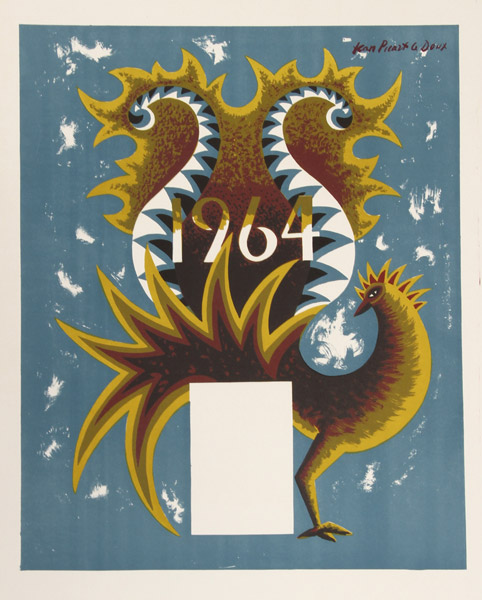 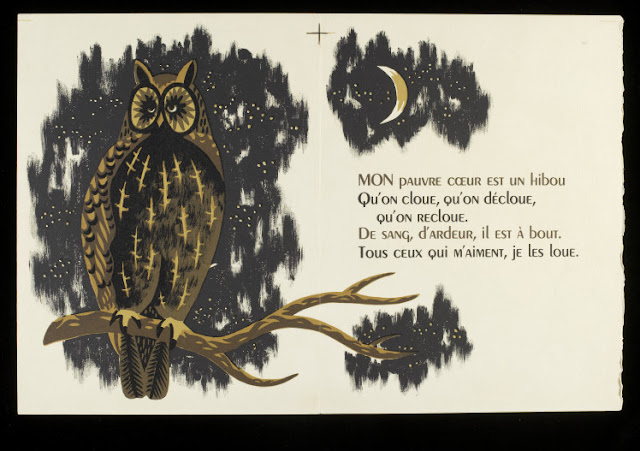