When my daughters were very young we lived in a tiny Northern California town.
There was only one shop, the General Store, which catered to all the basic
human necessities including gas, groceries, newspapers and video rentals.
Strangely and luckily, their movie selection included a few lovely vintage rarities
hidden amidst the traditional Disney tapes, including George Pal's Puppetoons
and two Soviet animated features of Andersen's classic fairy tales
The Snow Queen and The Wild Swans. The latter, one of my girls' favorite videos,
was directed by Mikhail Tsekhanovsky and his wife Vera at Soyuzmultfilm in 1962. 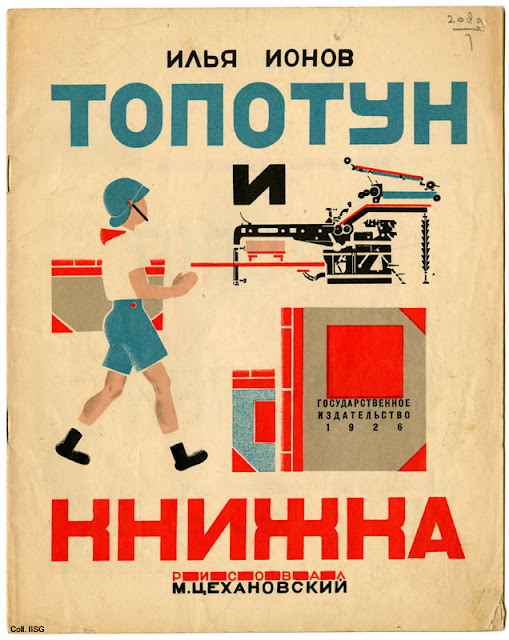 Topotun and the booklet, text by Ilya Ionov, 1926 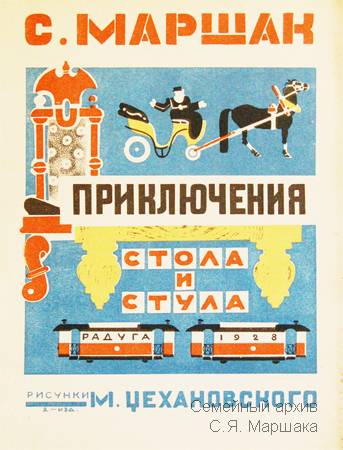 The Adventures of Tables and Chairs, text by Samuil Marshak, 1928
thanks to s-mashak.ru
Tsekhanovsky (1889-1965) was born in Leningrad and went to study art in Paris in 1908.
In 1911 he returned to Russia, and during the Civil War worked as a poster artist and decorator.
In the 1920s he became part of the group of children's book artists collaborating with Vladimir Lebedev
in Leningrad. His illustrations for a series of books introducing kids to science and technology show
a very clean, essential graphic style clearly influenced by Lebedev's innovative approach. 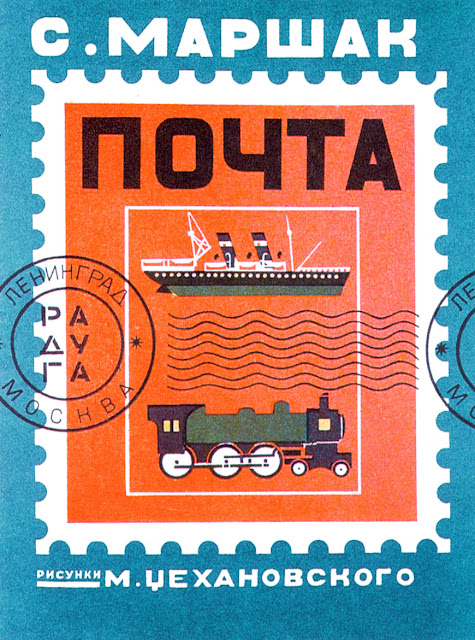 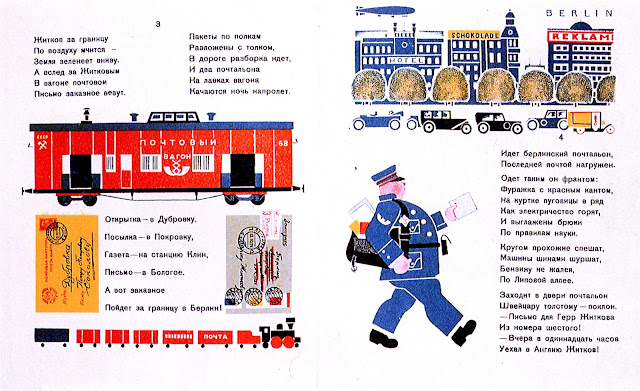 His 1927 Post Office, with texts by Samuil Marshak, is a classic of the early Soviet era
that was reprinted eleven times in the course of seven years. But Tsekhanovsky was
fascinated by the potential of dynamic graphics, and after experimenting with flip books
he abandoned illustration and with his wife became a pioneer of the new animation medium.
In 1929, with no experience or technical knowledge, helped only by their enthusiasm
and a couple of assistants, Mikhail and his wife translated his successful book into the animation
Post, which won prizes at international film festivals and was shown to Walt Disney
as a possible model for animation by Frank Lloyd Wright.
In 1930 Tsekhanovsky used a groundbreaking sound technique to produce a version
accompanied by soundtrack. You can watch the final, enhanced 1964 re-edition of
Post by following this link (I couldn't find the original version anywhere on the web).

In 1933, seven years before the release of Disney's Fantasia, Tsekhanovsky began work
on a full-lenght animated satirical opera with Dimitri Shostakovich. Unfortunately
only a few fragments are left of The tale about the priest and his worker Balda, based
on a poem by Pushkin, since the authorities did not allow the work to be completed
and most of what had been created was destroyed by German bombing during WWII.
With the establishment of Socialist realism, Tsekhanovsky was forced to abandon
his innovative personal style and adopt rotoscoping (the animation of movement
produced by tracing the projection of live action frame by frame).
In 1943 he moved to Moscow and went on to produce a series of more traditional
but quite beautiful and elegantly crafted animations including Frog Princess,
The Flower with Seven Colors, The Fisherman and the Fish, and Kashtanka.
The video of The Wild Swans above was issued in the US in 1996 as part of
the series Mikhail Baryshnikov's Stories from my Childhood.