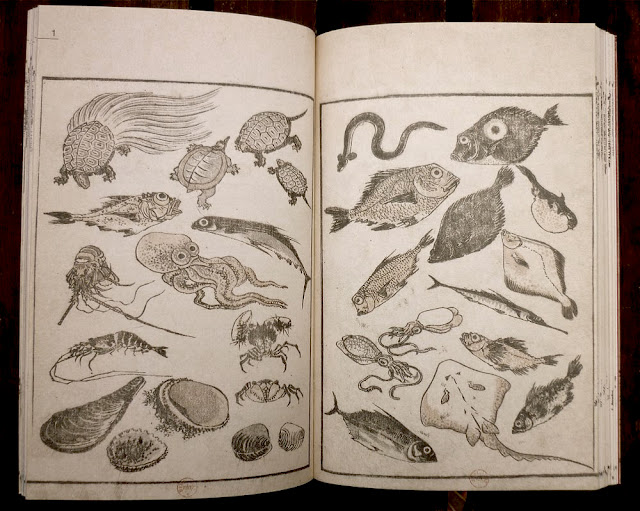 La manga, this profusion of images, this avalanche of drawings, this orgy of pencil lines,
these fifteen notebooks where sketches are crowded like silkworm eggs on a sheet of paper,
a work that is without equal among painters of the Occident!
La manga, these thousands of feverous reproductions of what is on the ground, in the sky, under the water,
these magic instantaneous reproductions of movement, of the stirring life of humanity
and bestiality, in short, this sort of delirium on paper from this great crazy man of over there!
Edmond de Goncourt, Hokusai, l'Art japonais au XVIIIe siècle, Paris, 1895 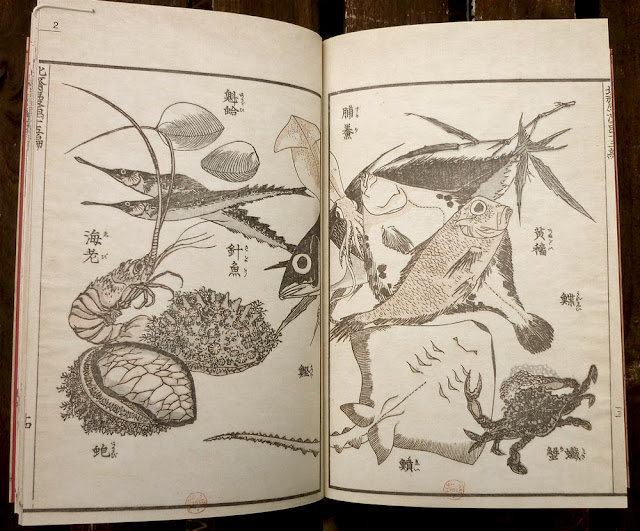 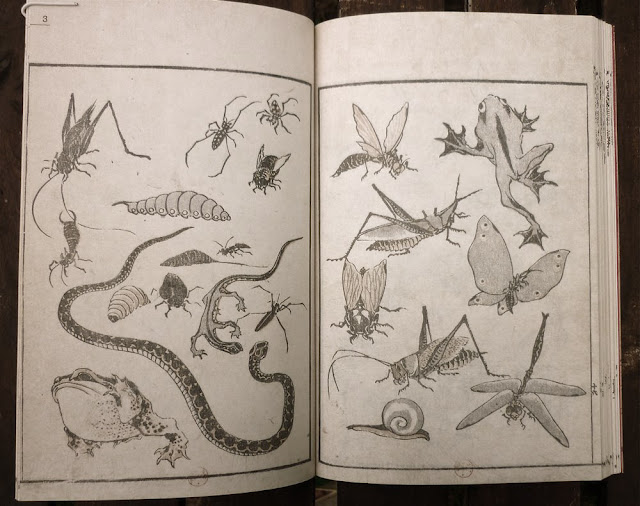 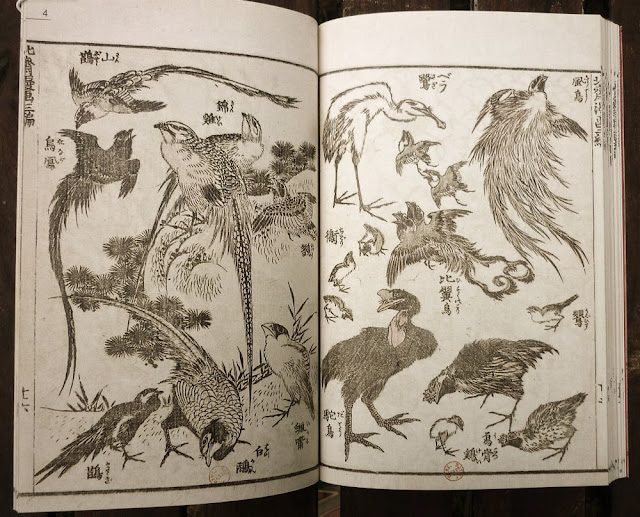 Katsushika Hokusai (1760-1849), one of the greatest Japanese artists, was
a master draftsman, painter and printer. While some of his works are still very popular
(everyone's familiar with at least his great wave from the Thirty-six Views of Mount Fuji series),
not many are aware of the immense quantity and variety of his creative output.
During 70 years of prolific artistic career, Hokusai produced thousands of paintings, drawings,
woodblock prints, illustrated books and manuals. Among them is Manga, an encyclopedic collection
of sketches of various subjects including landscapes, flora and fauna, animals, everyday life and the supernatural.
Around 4000 drawings were block-printed in three colors (black, gray and pale flesh) on more
than 800 pages for a total of 15 volumes, the first of which was published in 1814 to immediate acclaim. 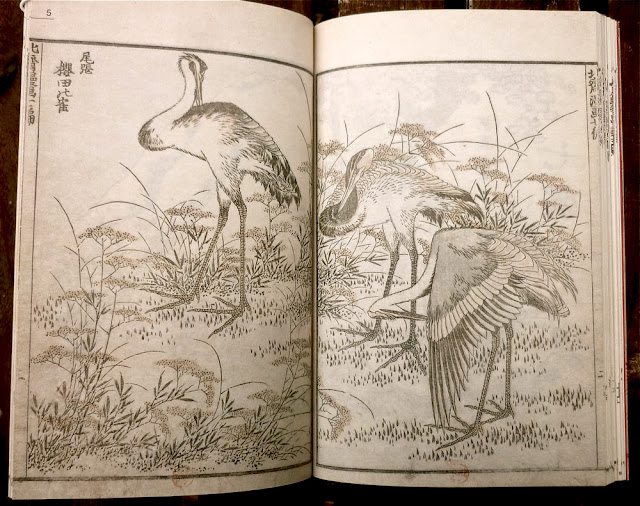 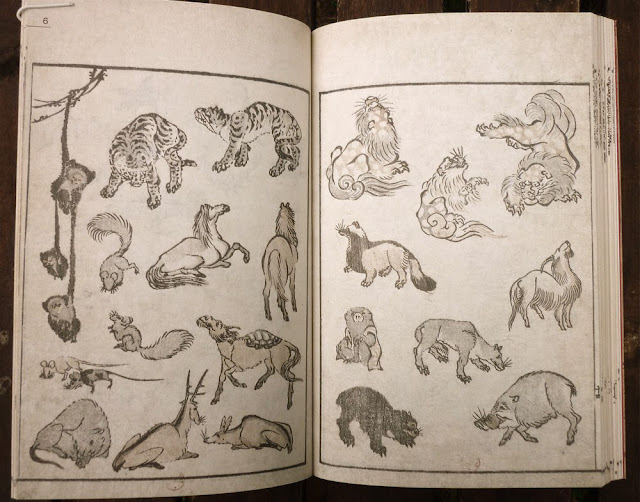 While the term Manga today is generally used to refer to Japanese comics and cartoons, here it roughly means "sketch".
Apparently it was Hokusai's pupils who asked him to put together this collection to serve as a drawing manual,
but he went beyond the didactic format to freely explore some of his favorite themes and subjects.
One of them was the natural world, which he portrayed with freshness, elegance of lines and realistic precision. 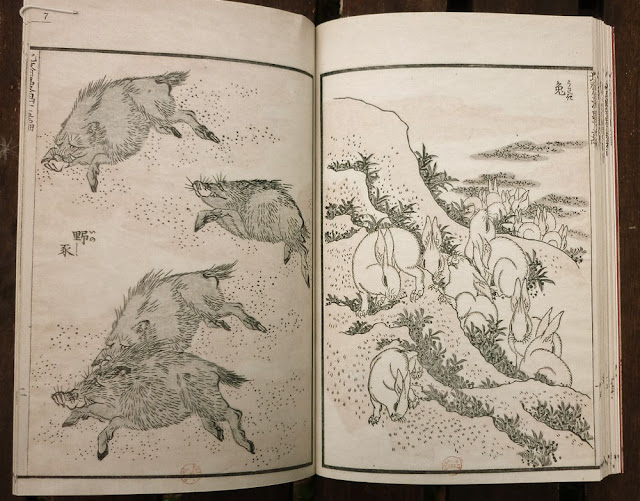 The following group of prints features animals in fantastic scenes inspired by myths,legends and allegories. 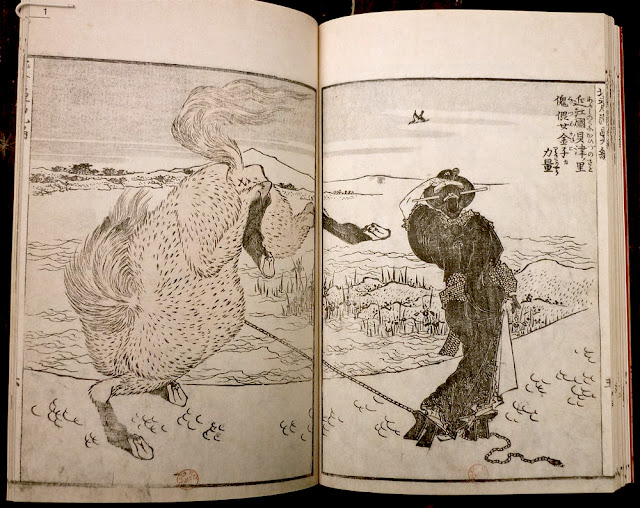 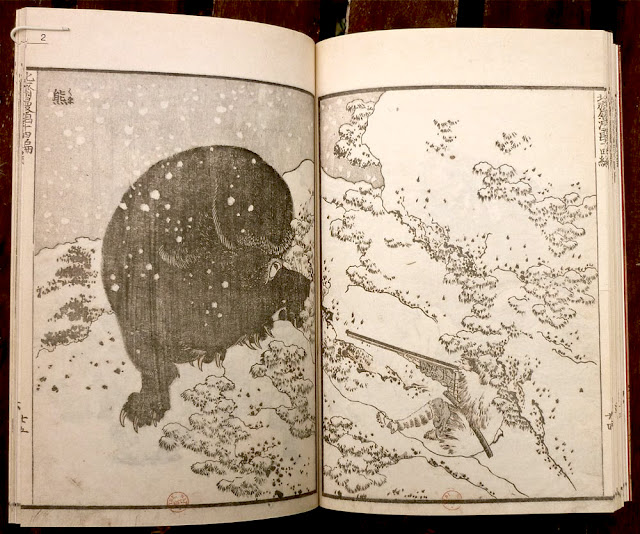 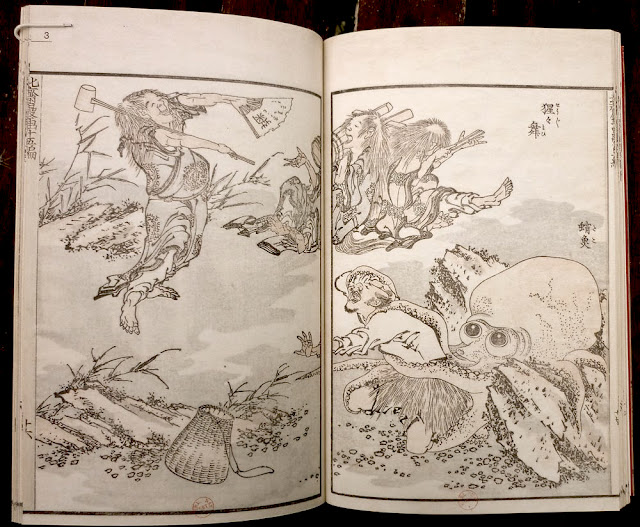 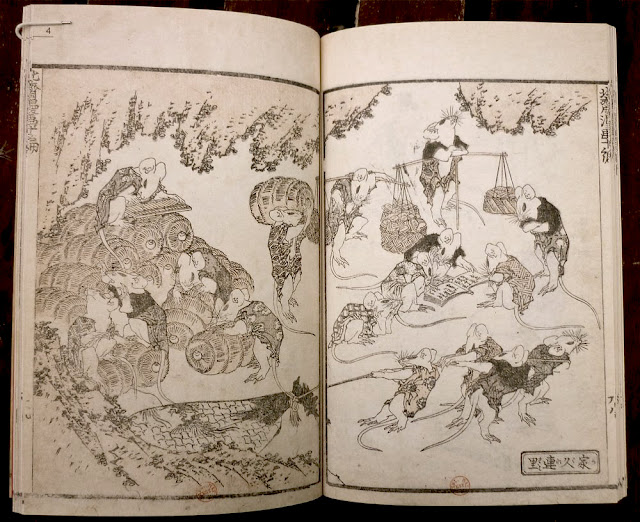 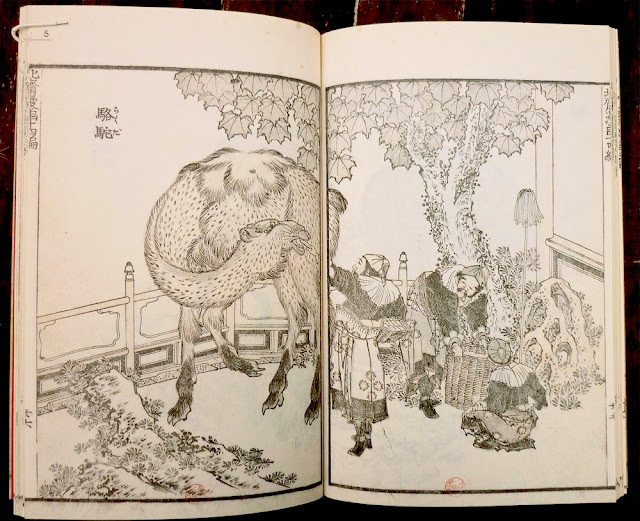 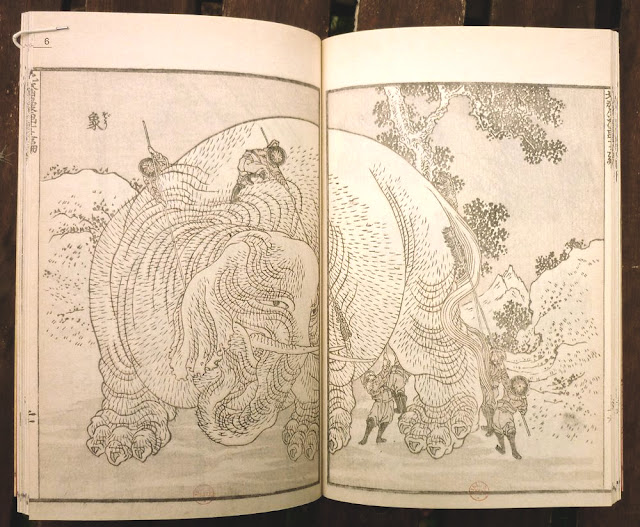 This last image illustrates the parable of the blind men and the elephant. 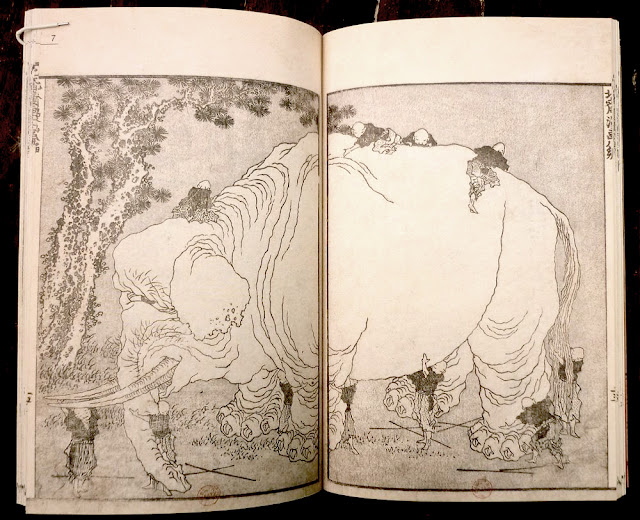