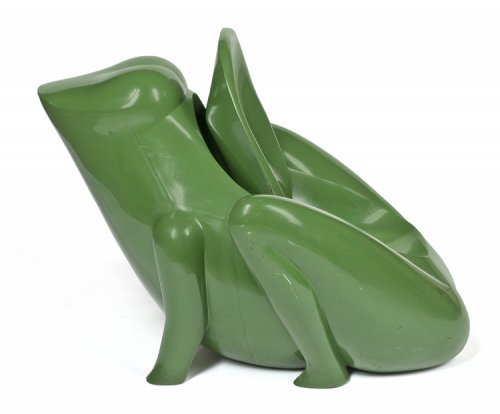 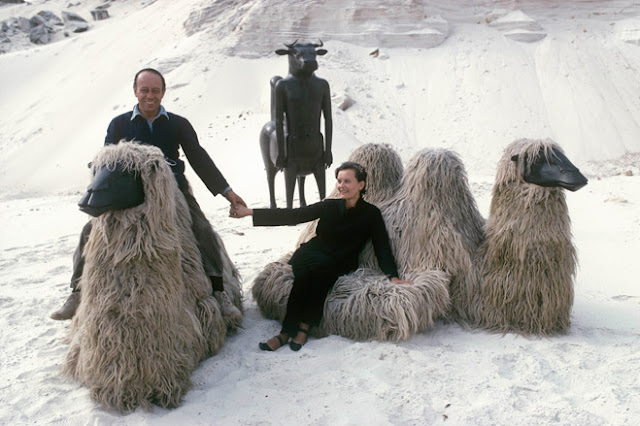 Claude and François-Xavier met in 1952 and started working together in 1956.
Since their first exhibition entitled "Zoophites" in 1964, this inseparable couple
of surrealist artists have always exhibited and worked together, and consequently
have often been regarded as a single entity, although they rarely collaborated
on a piece of work.Their unconventional sculptures have individual styles but share
a common inspiration in animals and nature, and an ironic vocation to become whimsical
but functional objects that can be touched, sat upon, worn and sometimes even eaten. 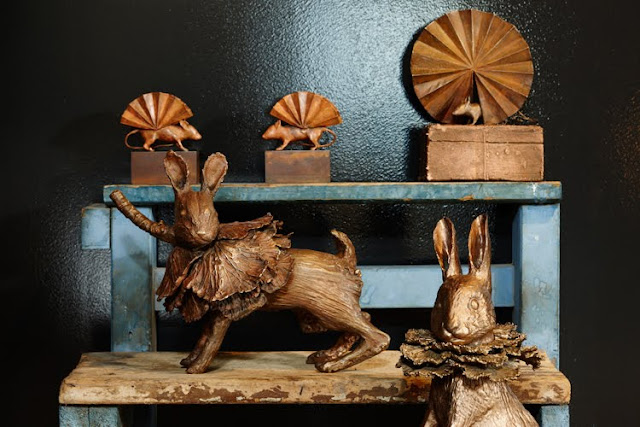 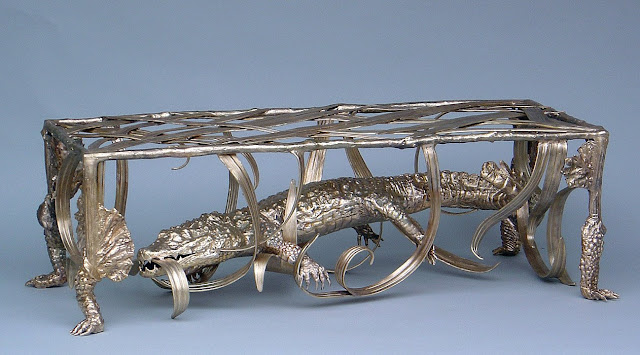 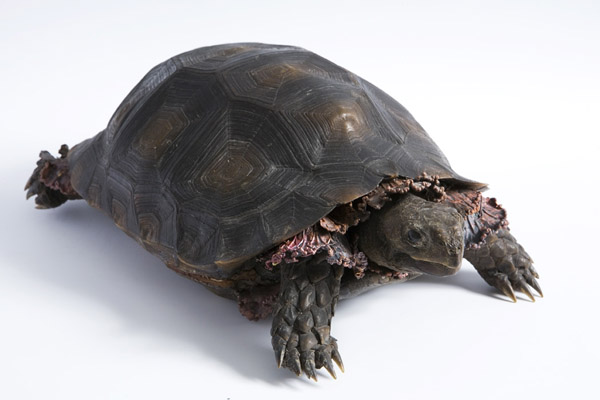 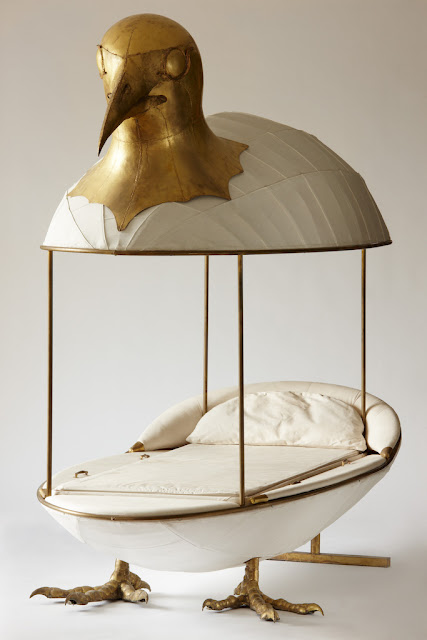 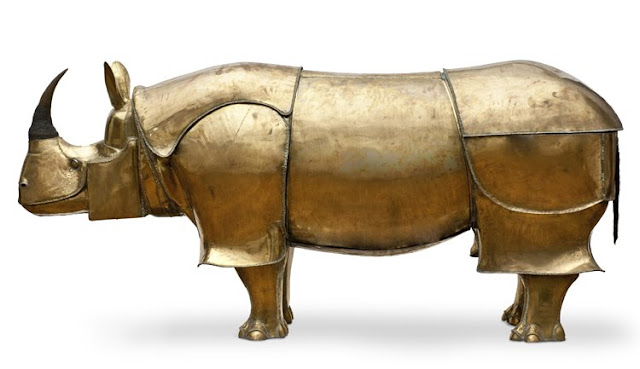 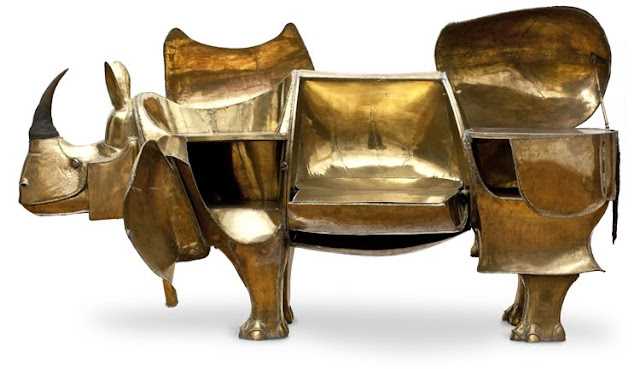 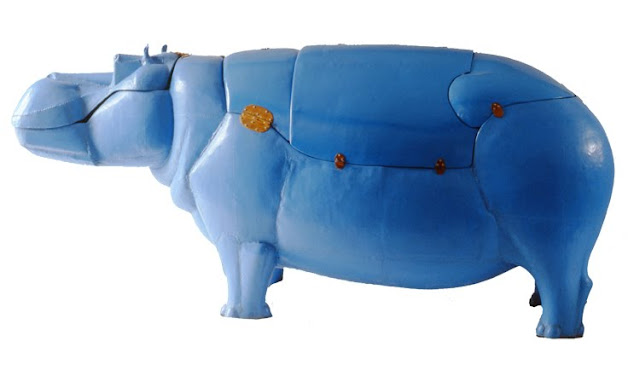 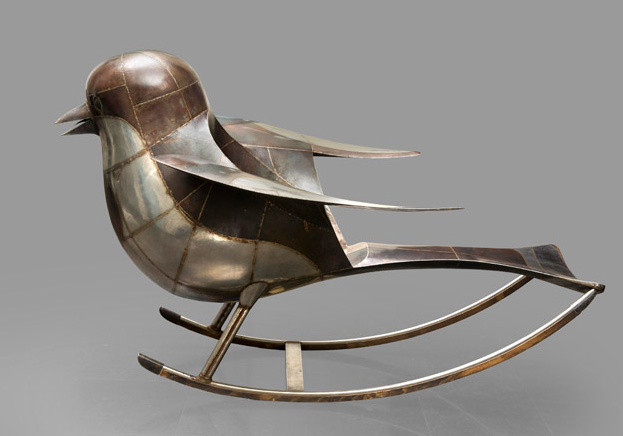 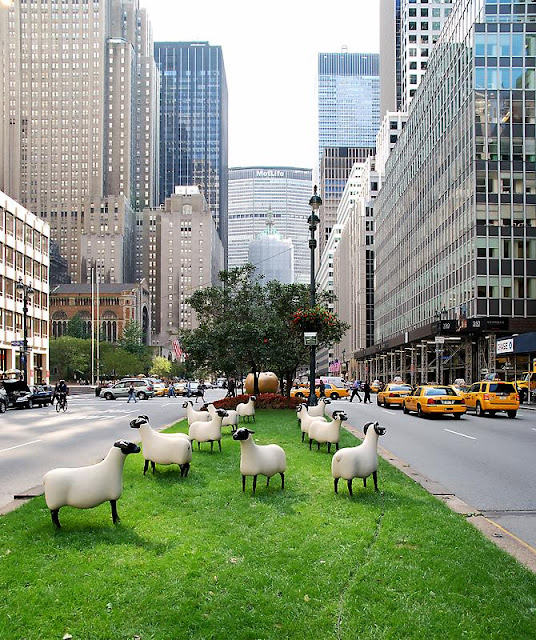 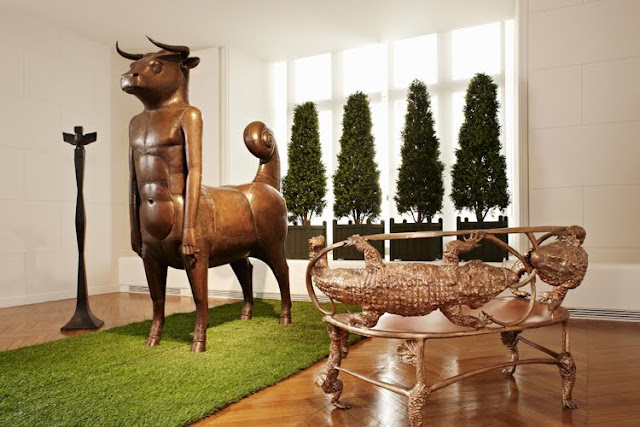 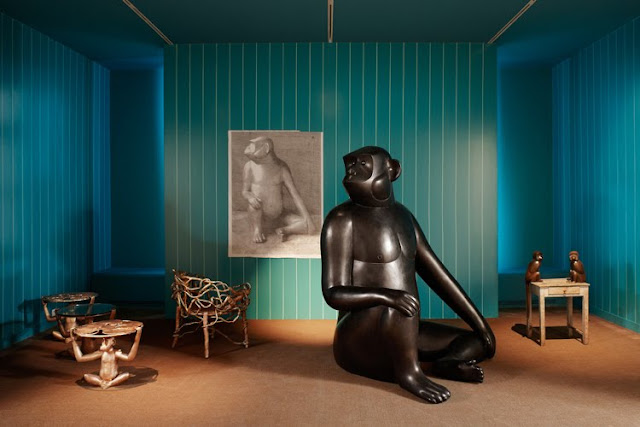 The exhibition's "Minotaure" and "Singeries" rooms
The exhibitions was designed by the American architect Peter Marino,
a collector and promoter of Les Lalanne for more than 30 years, as a thematic journey
through over 150 of their artworks. I hope I'll be able to get to Paris and see this in person!